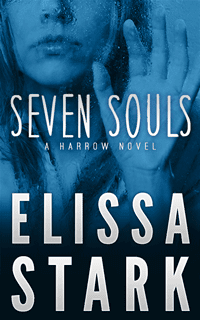 Phoebe is a detective, one who is especially good at her job because of her ability to read emotions from things people have touched. But even she was surprised by a prophetic vision from a small child – one that predicted her surviving a car crash

She survived the crash, but afterwards she’s left with blackouts and an odd voice. While the doctors offer one explanation, she knows there’s more to this world and seeks out the child – and her father, the paranormal detective Jack with his own gifts. And his own job – to seek out the truth behind a murder she once investigated – and which seems to be racking up more victims

But as she seeks the killer, she also learns far more about the supernatural in the world – and in her own family history.

We have a very involved and different world here with a lot of mysteries. Different realms, angels, demons, humans with uncanny abilities – and hints of far more out there. There’s a lot to grasp here, especially since the demons and angels definitely come in different flavours as well – and it’s all shrouded in mystery; mystery that’s made all the more mysterious by being not entirely like anything I’ve read before.

I think this book actually manages a decent job with the mystery element in that it resists the urge to be too info-dumpy. Phoebe is somewhat new to the world and rather doubting – but not entirely because her own psychic gifts at least crack the door to the supernatural being possible. She hits the perfect spot between being hardcore cynical and just eating up everything everyone tells her without blinking no matter how outlandish it happens to be. She contrasts well with her partner, Charlie, who can deal with Phoebe’s abilities but draws the line of allowing this much woo-woo into his police work and Jack who is right in the middle of all the supernatural. If I have any criticism of the world building it’s that I would have actually appreciated a little more information or clarification on some points – perhaps a little more in depth curiosity from Phoebe (part of that is a style choice – she does get the big book of info but it’s hard to read and we don’t get what she’s actually read beyond the fact it’s not helpful to her).

I think, even with that curiosity into what the angels are doing in the city, what they’re involved in and what their missions are, is probably handled better as being kept a mystery – something to build on in later books especially as this book revealed some interesting and deep questions about Phoebe’s past which will likely be explored at the same time. Doubly so because the actual storyline is quite complex – with 3 different murders over 3 different time periods all with 3 different murderers and 3 different families – there’s a lot of names. That’s a lot of threads. That’s a lot of leads. Throw in Phoebe’s best friend and her police partner and her family history and a voice in her head and it’s very very easy to get lost in all this. I didn’t get swamped, but it came close, especially for the first book in a series.

So, I’m torn – I want more information and I think it’s kind of dubious that Phoebe didn’t push for more, while at the same time thinking the world building we had and the storyline combined to have enough questions and complexities to chew on and more would risk me being rather lost. Similarly with the pacing, I kind of wanted the book to go faster and reveal more of the plot, do more investigating but, again, I would be hopelessly lost if it did.

There are a number of POC characters – Charlie, Phoebe’s partner, his family, Suzy her best friend and one of the key witnesses ; these aren’t huge characters but beyond Phoebe and Jack no-one really is – they’re bigger than any others and somewhat involved in either the plot or Phoebe’s life with strong hints that they are/were much more involved. There are no LGBT characters. Phoebe, like many with sensory woo-woo in the genre, touches potential on mental illness but she seems to be actually possessed: so it’s more magic pretending to be woo-woo than anything.

Phoebe is a decent character – she has a good friend in Suzy, but could do to have her more involved in her life. She generally has reasoned responses but I think, as a cop, she was a little too naïve as to the consequences of her actions and there’s a big moment of conflict there that feels more shoe-horned in than true to her character. On the whole she intrigues me but I feel I need to know more about her – her conflict with her history and family, with the strange voice/hallucination inside he, and with the supernatural world opening up to her almost at the beginning of the book made it hard to be to grasp a baseline of her. One moment she seems cynical, jaded and hardbitten (which seems to be her own view of herself) then she seems oddly naïve with strongly emotional responses and even hints of jealousy over Jack (yes we have a shades of romance building there). I can’t quite pin her down yet.

I think that’s kind of my summation of this book – I’m intrigued, but need more. I’m intrigued by Phoebe’s character, but aren’t willing to definitively say if I like her or to connect to her yet. The world intrigues me – but I need to know more about it works. I’m curious about the mysteries, but I need to know more about them before I can tell if they’ll draw me in. The relationships have potential, but there’s not enough there yet for me to be invested in them. The writing is decent, but lags a little too much before I’ll say it’s great. All in all, it’s good – but I need to see more.