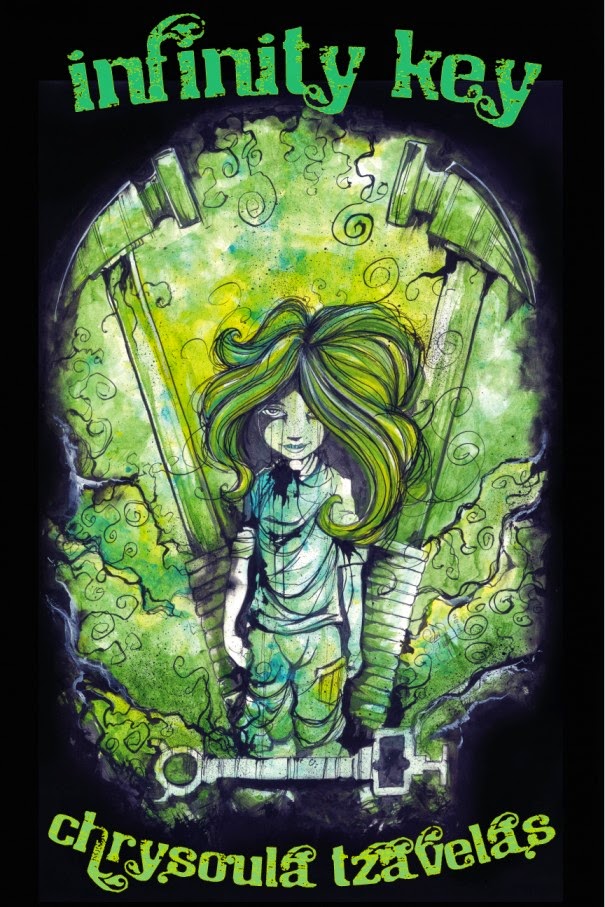 Branwyn is human. A nice, normal human – which isn’t a great thing to be when magical shenanigans, monsters, fae and wizards are running around. There can be no greater evidence of this than her best friend, Penny, slowly dying in a hospital bed. A fate that could have been Branwyn’s if Marley hadn’t worked so hard to keep her out of the supernatural drama that had consumed her life.

Branwyn doesn’t want to be protected, she doesn’t want to be a tool, a victim or something to be sheltered and she certainly doesn’t want to sit and watch her best friend die. Against all advice and all established knowledge, she reaches out to Tarn, a fae noble, in his imprisonment in the fae world. He’s definitely using her for his own devices but he is the only one who offers even flimsy hope of saving Penny’s life – and, perhaps, of Branwyn learning some human skills that will allow her to protect herself in the magical world she has been plunged into.

When I started reading this book I was very worried I would hate Branwyn because in many ways she does exactly what I hate human characters in Urban Fantasy to do. She seeks out danger, she gets in way over her head, she doesn’t listen to warnings, she takes massive risks and she doesn’t know nearly enough to be safe. That is usually a recipe for me to be cursing a character and the magical luck that allows her to somehow exist and breathe through.

But Branwyn works. She works because she is extremely, painfully, aware of how vulnerable she is in fact the core of everything she does is because she is so vulnerable – she’s trying to reduce that vulnerability. She’s an aware human in the supernatural world – she’s inherently vulnerable. She’s tired of having to rely on the (sometimes dubious) protection of others and she can’t bring herself to pretend she isn’t aware of the supernatural around her. She needs to take these risks or spend the rest of her life being at risk or dependent on other people which is most definitely not her nor something she could endure.

It works, it fits her personality – she’s irrepressible, irreverent, fun loving, passionate and defiant – not in a constantly angry kind of way, but in her insistence that she will walk her own path and do her own thing and isn’t going to accept what others lay down as “the way things are.” This also makes her very determined and completely unwilling to accept the inevitable fatalism about Penny’s slow death, nor accept that her vulnerability or lesser status is just something she has to put up with. She’s also, unlike Marley, not willing to take the word of Senyaza for anything –neither assuming they know everything or assuming that they have her best interests in mind (especially since they’re more than a little condescending when it comes to humans anyway)

This makes her an excellent, caring, challenging character – if I had any criticism at al, it’s that her “irreverence” often comes across as brash or even outright rude with little justification for it – and seems more like showing off bravado than appropriateness of the situation. But then, when the only power you have in a situation is confidence and bluff – and making it abundantly clear to all concerned that you will NOT be playing by their rules then you have to spin it well.

Branwyn’s rebel, outsider status also brings a wonderful extra lens to some of the assumptions of the world – not just whether various characters can be trusted but also how various entities are viewed. On the dubious side that means her repeatedly engaging with the Kaiju even while told repeatedly that they’re dangerous monsters - even when seeing very clearly that they’re dangerous monsters. I’m still not entirely following Branwyn having any faith in Severin but she doesn’t let other people’s labels and assumptions dictate her actions (though she could learn from her own experiences more). Similarly, she doesn’t judge        Severin because of the action of another Kaiju – she’s not going to accept sweeping statements about an entire species because of the actions of one. This applies beautifully to the fae; throughout people are telling her that the fae were imprisoned for a reason, the fae need to be kept locked up – and she questions what that reason is… which no-one can tell her. Even aside from her own goals, morally she cannot accept that as a reason for collective punishment of an entire species. Even when her own family is targeted by the fae and she sees evidence of faerie crimes, it isn’t enough to make her condemn an entire species on the basis of rumours and the actions of a few.

She’s a wonderful fresh lens to a clearly very old world with very well established premises. Branwyn challenges assumptions throughout and refuses to be bound by what everyone assumes is must be true - even though she spends most of the book relatively powerless. It makes for a very compelling character I can’t help but back – especially since her morality is still restrained by practicality and refusing to let her own goals and aims completely blinker her from everything else especially at the end (which I won’t spoil).

This obviously makes Branwyn an excellent character –and it follows on from the last book where she was so often sidelined in the name of protecting her. We also have a lot of her family (which is vitally important to her), her whole plot line is at least partially driven by loyalty to her friends and she challenges even “benevolent” patriarchy – refusing to be treated “like a lady” by the old fashioned fae because it’s the same as how they’d treat a child.

Minorities do not play a huge role in this book: Simon is Asian, a wizard/hunter/nephilim for Sanyaza and seems very interested in Branwyn, she wasn’t his main focus but he was the minority who was most consistently around and had a pretty hefty role – one likely to expand. A number of the fae were POC, but largely background – but, again, there’s one who is likely to be very involved in the future by his position and the actions in this book – but he was still very background here. One of Branwyn’s many sisters, Brynn, mentions a girlfriend but it’s also the one and only time we see her.

I’ve talks a lot about Branwyn – but the world, the fae, their nature and their imprisonment is also fascinating. I particularly love the insight we get of them entering the mortal world again for so long, even if for just a little while (and there are wonderful rules about that that hale back excellently to old fae myths and legends), their experience of art, of music, of food and drink – how mesmerising they are, how enthralled people are by them and how cruel they can be. There was a lot of excellent power to them, even more so than the dark menace of the kaiju. The world, the magic, the creatures in it are all shown in a wonderfully informative, deep and neutral way because of Branwyn’s fair and honest appraisal of everything – even her enemies.

The plot itself came with a lot of twists, some great pacing, some lovely atmospheric, creepy moments and it all came together excellently to show off the main star – Branwyn. Definitely a good read and an excellent follow up to the series.