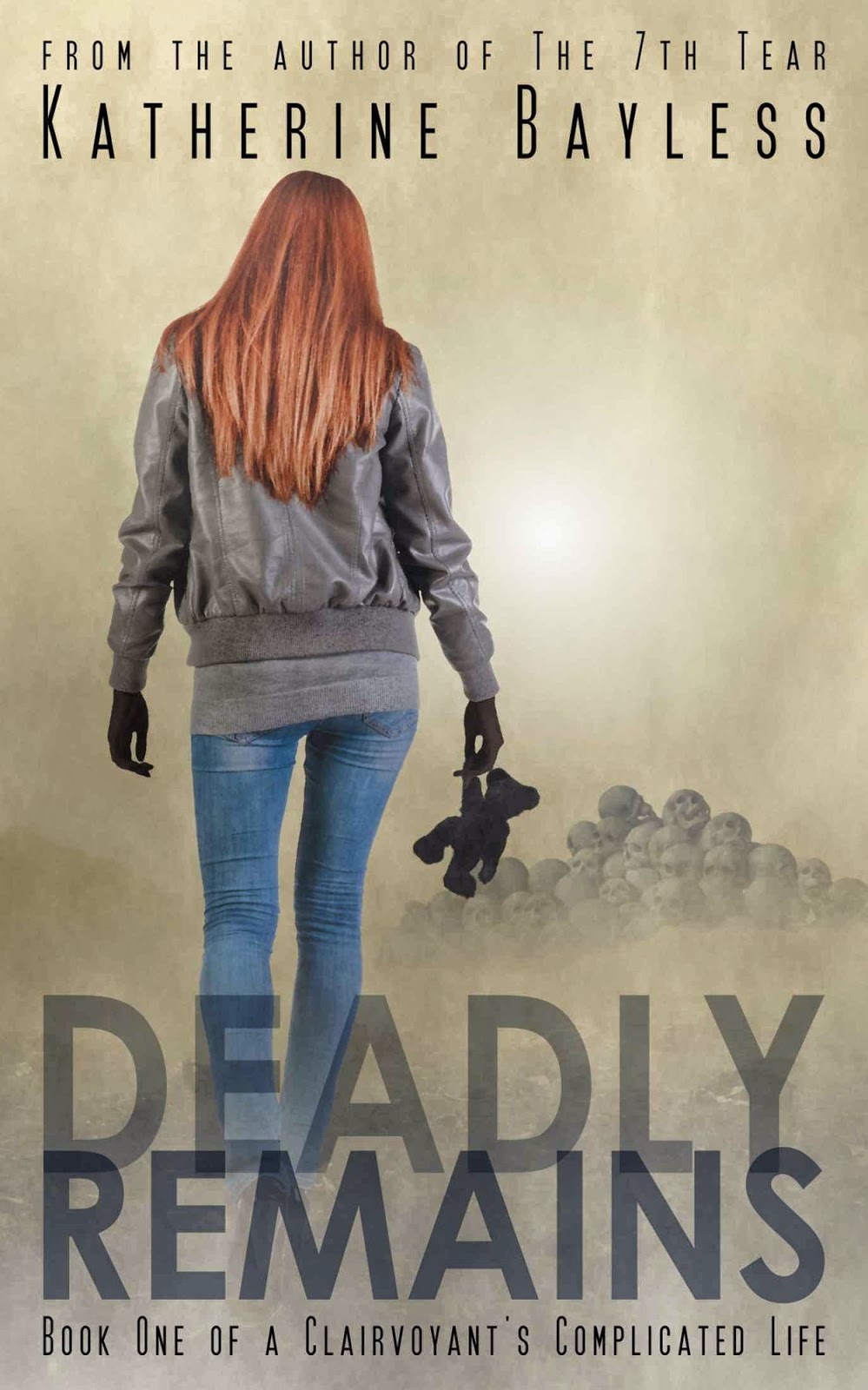 Lire works for the police pro-bono – and as the most powerful touch-psychic in the area, she’s definitely a major asset. Unfortunately, prejudice and superstition make it hard to convince others to accept that, especially Detective Vince Vanelli. She has enough problems navigating in a world where touch is a constant peril, without having to babysit the chip on his shoulder

There’s a serial killer on the loose and she’s determined to help catch him especially when one of the victims hits so close to home. She pushes far further than is wise – both taxing her powers and rising the ire of an secret organisation that has a lot of power to make life difficult; but can Lire really risk the killer killing again?

And there were a lot of concepts I’ve seen before – but this goes to show that a concept doesn’t have to be completely new to be awesome. Because while I’ve seen them before, I don’t think I’d seen them as well done as I have here. The information that Lire gets from touching things is really well done – as is the peril of her touching things without realising. The way she can get overwhelmed is really well done – as well as the worry over the subject matter – how can you go around touching things involved in a murder without seeing and experiencing truly horrendously traumatic images and events? Or, what if you touch someone who themselves is a terrible person and you absorb their entire experience and mind set? It’s really well written to really bring home the power of these visions and how they can affect the psychic’s mental health.

On top of that, the world building has been developed beyond these concepts – so we have a psychic who gets impressions from touching things? We often see that, are giving a dash of tragedy and move on but this book takes it to the next level. What does that mean? How does this psychic eat? How do they drink? How do they wash their clothes or buy furniture or sleep in a hotel? Since animals also leave impressions, can they even eat meat? This is where this book excels – it takes the basic concepts but develops it and makes it real with the detail and all the little elements that we generally don’t think about but have to be considered.

I also love how it’s developed into an actual marketable skill – authenticating antiques or providing information for historians is an excellent twist I’ve never come across before.

I’ve rambled on about this world building of the psychics for a while and it probably gives a terrible impression that there are lots of infodumps in this book – but there isn’t. It actually flows wonderfully with all these elements of the world naturally incorporated into Lire’s experience.

Also she has an undead necromantic possessed teddy bear which manages neither to be twee nor ridiculous. How can this not be a good thing?

What did, I think, drag the book down a little wasn’t the world building or the writing both of which were excellently integrated, but the plot. I loved the plot – I loved all of the plots. I just don’t think we needed plots, plural, in the first book of a series. We had the serial killer plot that was a good story, it was an exciting plot, it had lots of information to chew on, was an excellent way to get to know the world, establish the characters and the way magic works and give us lots of exciting action and baffling mystery as well. This story was excellent, well written and good fun.

I like the plot of the secret society, the terrifying realisation of what power psychics could have, how utterly defenceless Lire feels in the face of them and the steps she has to take to hold them off as she learns more about them coupled with more revelations about Vince, the cop she works with – that’s a great storyline and well written.

I wasn’t a huge fan of the romance between her and Vince because it just seemed so inevitably. I’d rather something develop over several books rather than her leaping in so quickly – it felt a little like “my woo-woo says yes! RAWR LOVE!”. Similarly, I’d have liked more work on her powers before we started to pull out the super special woo-woo routine.

I liked most of these stories and loved a couple of them – but they didn’t all need to be in the same book along with the huge and rich world building and the extremely good character development. It was too much and there were moments in the book where I thought it had finished and realised there were still pages left to read as another plot emerged from the depths

All of Lire’s issues with being a psychic makes for an excellent disability analogy – the need for accommodations, people around her constantly not understanding the accommodations she needs, even those accommodations becoming fashionable frippery of people who don’t share her abilities – they’re making a nonsense health statement over what she needs to actually survive and function- it’s all done extremely well and fully fleshed out. Of course, I’m not particularly happy with analogies (I tend to find minority analogies are far too often used as a replacement for actual inclusion – and there are no disabled people in this book) but at least it’s an analogy that goes into proper detail and weight to create a fully plausible and nuanced depiction beyond a clumsy grabbing of a real life issue and drawing parallels that don’t quite work.

The same can be said of the way anti-magic prejudice was displayed, especially within families, interaction with police and bringing in some of its own unique elements: the police are willing to use her powers, but not really believing in them. Which means she now has Suspicious Knowledge of the crimes and has to deal with an extra level of problems but also means she has to keep proving herself to the police to prove her value which means riskier readings. A lot of it is done well and, as with the disability analogy, there’s a lot of effort to create a full and rounded marginalisation rather than drawing clumsy comparisons – but it’s all undermined by the fact Lire DOES have an intrusive power and many psychics and magic users are, of course, extremely dangerous which is always a problem when appropriating marginalised issues (I also wonder sometimes if when authors make up the laws they’ve made for their persecuted magical beings they realise that they’re actually granting them more legal protections than actual marginalised people have? In this book, psychics who can melt your face have more legal protections than LGBT people).

Lire is an excellent female character with a number of a good, developed, non-demonised women around her (even her mother and sister are humanised) and a female best friend who isn’t just there to serve Lire. Which makes Monica, the sexy receptionist who is there to be slut shamed just seem out of place; I don’t really see the need for this tiny random character to be introduced to be scorned for her clothes and make up. Unfortunately, there aren’t actually many minorities; we have Veronica a Black woman who runs an auction house who likes like great fun but since she’s not related to the plot we don’t see her for more than a chapter. We also have an Asian agent with psychic powers who appears for a couple of scenes. Lire lives next to “two gay psychics”. We never see them or hear anything else about them (gay Maris!) and I’m frankly bemused at the idea they were referenced at all, let alone that their sexuality was rammed in so clumsily. It’d be like introducing someone as your gay friend.

I need to return in the conclusion to saying how good this book is because I want to hammer home how much I enjoyed it. Other than marginalised issues, my main beef with this book is it tried to cram too much awesome into one book and that much awesome needs to be spread around to make it awesomer. Yes, it’s a word. I said so. It’s well written, has several great storylines, has some excellent characters and a truly wonderful world – it just needs to unpack a little.