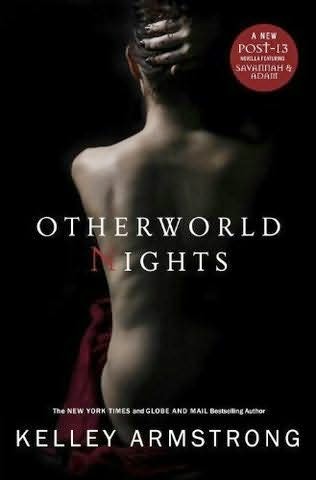 In particular I loved Demonology and Twilight because they expanded the stories of two very intriguing characters that have always intrigued me. Demonology takes the story of Talia, the human mother of Adam the half-demon who actively sought out help for her fire-starting son and eventually found Dr. Vasic, another half demon. Throughout the series she hasn’t really been a character but we’ve often heard of her strength and determination in not accepting the simple answers for Adam’s condition. It was great to finally see that story, to meet this woman and see the steel we’ve often heard referred to.

Twilight took on Cassandra, the ancient vampire representative of the Council who we see as harsh, acerbic and generally unpleasant through much of the series. This story is the lead up to her final death, for even vampires are not immortal, and seeing through her eyes we understand a lot more about her. She’s not pleasant, not at all – she’s harsh, judgemental, completely undiplomatic and unable to be even slightly kind or soft or mushy at all – but she applies that internally as well. She has harsh, exacting standards and a brutal outlook on life, on what she wants and on weakness and general sillness. Seeing her being equally unimpressed with her own behaviour (even with that underlying fear and complete inability to admit her affection for Aaron) did a really good job of casting a new lens on her.

I also liked Chivalrous because it helped fill out some of the information about the Pack. In the last few books in the series the Pack expanded by three new members and it felt a little like they just popped out of nowhere – three new werewolves! Behold! This stopped one of them, Reese, just being a random name at the back of the crowd and gave him some excellent backstory and development about his experiences in Australia, how other Packs outside the North American Pack work – and how they can also be terrible. This was especially important because he does feature with some prominence in later stories in the book and they wouldn’t have worked without him getting some growth and background behind him.

I think my favourites were Hidden and From Russia With Love because they tackled the story I missed the most when the series ended – the expanding pack and Elena and Clay’s kids. We saw many new members of the pack in Frostbitten and Logan and Kate promised to raise all kinds of questions – and then the story veered towards Savannah and we didn’t get to see any more. Hidden was great at showing Elena continuing to step into the role of Alpha and the excellent family dynamics with her and Clay and the kids – I loved them parenting; a combination of reasonable parental panic throwing in some werewolf issues but, at the same time, maintaining their general confidence and capacity of parents. They worried, but they didn’t panic. I also really like the evolution of the Alpha role – both from Jeremy to Elena (with Elena expecting a less dictatorial role – or wanting one even while everyone expects her to be a dictator) and also looking back at how the Pack has operated for generations – and how broken that was, how it made working with the Mutts so much harder and, finally, overtly blaming the past Alphas for the conflict in Bitten. It’s a great feel of what Elena will be like as Alpha

Similarly, From Russia With Love is great without any huge plot, just to see the Pack in their down time. I think it’s something that has been missing from the series for a long time – the Pack together without some crisis or distraction or Elena and Clay’s problems – we needed to see it as a support network. Also Logan and Kate are evil and awesome children – if Kelley Armstrong decides to restart this series with these as the protagonists when they’re older that should be truly excellent to read. Again, it also let us see the three new wolves of the pack find their place and be part of the pack rather than just names.

I was disappointed that we got to Vanishing Act with a story that hit on the Nast cabal a lot – especially since a huge amount has been happening in that cabal that we don’t know about – and that story, especially Sean’s story, has been washed over. Sean is one of only two LGBT characters in the entire series and he’s vanishingly minor – only ever showing up when his sister Savannah wants something – which is an annoying trope for any minority (especially one who is supposed to hold such an important position) which is exactly what he does here. I had hoped for more about him. Instead we had Savannah and Adam hashing over the age gap in their relationship and Savannah agonising about what she wants to do in her life – issues which have already been chewed over in the last two books of the series.

I wasn’t a huge fan of Stalked or Lucifer’s Daughter either because I didn’t feel either added over much to the series. Stalked continued Elena and Clary’s relationship with Clay’s usual “protectiveness” being irritating but balanced by Elena doing something very similar and her emerging Alphaness. In a way I think it’s a kind of foreshadowing to Hidden and From Russia with Love to show a leap from where we last saw Elena to her definitely being eased into the role of Alpha. Lucifer’s Daughter gives us a story about Faith, but I don’t feel it added anything. There was a look at her family but it was so brief before they went haring off chasing a demon around that I don’t think it actually developed a great deal.

In terms of marginalised people, we don’t have great inclusion. The only memorable POC in the book is Hope and that’s for only one story even if she is the protagonist of that story. The only LGBT character is Sean – but you wouldn’t know that from reading this story, which is a problem because it wasn’t always obvious when this minor supporting character appeared before.

Chivalry had a lot of great messages about consent and active consent, which especially a relief in a series about werewolves (which, in the genre, is sadly almost synonymous with werewolves) and especially since we have a lot of raping werewolves in this series as well. If I have one quibble, it’s that it took Reese’s family history of rape to be presented as a reason for that rather than being basic humanity, but it’s still a great message. In terms of women, Elena is definitely going to be a pretty awesome Alpha (and managed to get through all these short stories without being kidnapped once. This may be a record for her).

This collection was great fun, reminded me of why I loved this series so much and makes me hopeful that Kelley Armstrong isn’t as done with them as I once thought – if I didn’t want more before, this collection would certainly rekindle my interest.