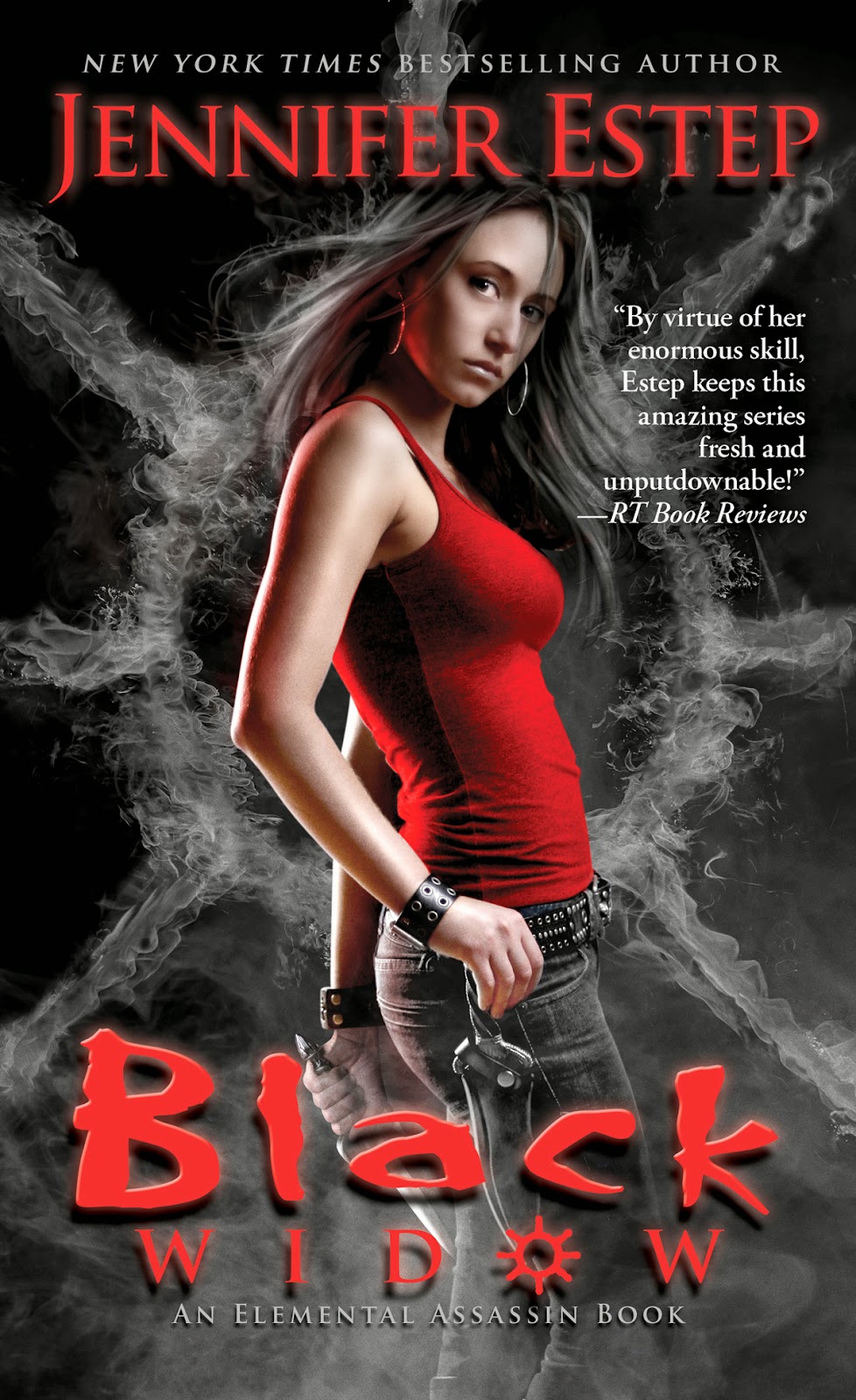 Gin was waiting for Madeline Monroe, daughter of her nemesis Mab Monroe, to strike – it was almost a relief when she finally did so after so much waiting.

This is an entirely new threat – and one more dangerous in many ways  than anything she has faced before.

After the last book I was conflicted – I was both excited about the Elemental Assassin series getting back on track with a new big bad and a new meta arc to pursue while at the same time leery that the new big bad – Madeline Monroe – was so much like the last big bad that we were going to tell the same story arc a second time. So I went into this book both full of hope and wariness

And hope won out. First of all, the attacks Gin faced were radically different from the kind of attacks that Mab through at her. Madeline doesn’t fight head on – she’s a planner, she’s cunning, she’s a schemer. She uses the organs of law and corruption to her own ends to attack Gin with paperwork, red tape and bribeable officials. She attacks Gin through a system she has constantly ignored and disdained and she attacked Gin through her friends.

It was a completely unique threat and something that brought a whole new lens to Ashland. We had always known the city was corrupt and, in some ways, it was almost ridiculously so – but it worked. This dark, gritty, incredibly corrupt setting is the perfect backdrop for Gin as an assassin – she works as a moral character because there’s not even a pretence of a justice system in this city. We got to see that this book through the lens of that corruption being directed against Gin, not just as a passive force refusing to do this job, but actively used as a weapon bringing down the vast power of the bureaucracy against Gin in a way she can’t just fight with her magic and weapons.

In many ways this makes Madeline a terrifying enemy – far more so than her mighty magic – her ability to plan, always thinking three or four steps ahead, always having a plan b or a plan c made her far more of a threat to Gin than any previous enemy with powerful magic and a large army of goons.

It also means Gin fights back in a more involved manner than just “I will sneak in and stab it until it does.” Instead she was very very cunning which I appreciated a lot

I also really liked that while Madeline did target Gin’s friends, we didn’t have the inevitable “oh you would all be better off without me” angst scene that is almost compulsory in Urban Fantasy. Gin knows how valuable she is to her friends, she knows she matters to them, she knows that their being targeted isn’t her fault – for that matter, after the events of the last 11 books, she knows they’d all be dead without her. More, she involves her friends in her plans to turn the tide because they are integral to her life and her success. Gin isn’t a lone hunter and she’s better for that – she has good friends, excellent friends, who have skills and capabilities that match Gin’s and are fully worthy of (and get) her respect.


On a pure childish glee front, this book also had one of those awesome turning points when you know People Who Deserve It are Going To Be Very Very Sorry and I don’t even care if it’s shallow, I love that moment. That moment when the protagonist takes off the gloves, metaphorically says “right, that’s it” and then epic follows.

The ending was also excellent in two main ways. The first was that it looked back on Gin’s life and the whole Snow vs Monroe family feud, how it began, how it continued and even made Gin look sympathetically back on Mab who tried to kill her as a child. It’s complex and nuanced and I really liked it. It also looks forward to something I mentioned in the last book – a shifting focus in the book towards the wider conditions in Southtown and the corruption rather than just an individual case. The book ends with Gin in a very new and very awkward position that demands she not just keep to herself any further – I really look forward to how this develops.

Now on to inclusion – we have some excellent points with a large number of skilled and diverse women in Gin’s friend group (Bria, Sophia, Jo-Jo, Roslyn – even Catalina and Violet) as well as among the powerful enemies. I can’t fault how the women are portrayed in this book.

On POC, we have a number of background side characters – but a large amount of Gin’s social group are also POC: Rolsyn, Xavier, Warren, Silvio, Catalina. Again, none of these characters I can fault for their portrayal… except for “screen” presence. Rosylun is probably the most prominent of them and she’s still a moderately minor member of the group – while Warren, Silvio, and Catalina are even more minor. When you look at Gin’s closest friends and the ones most involved with her: Owen, Finn, Bria, Jo-Jo, Sophia – they’re all White.

Silvio is also the book’s (the whole series for that matter) only LGBT portrayal-ish. I say “ish” because this is shaky: I know Silvio is gay or bisexual because of the last book. Because of a single line in the last book at that. It’s not exactly an impressive inclusion achievement.

This book has done a lot, with the past book, to revitalise the series for me. For a while now I’ve been worried about the series’ direction – or lack thereof – with a strong feeling it was spiralling down and that the horse being beaten here was well and truly dead. But now we have Gin in a new position, facing a new concept of enemies and quite possibly launching into an entirely new direction for her, her friends and the series itself. Maybe it’ll work, maybe not – but I’m excited to see it and in the meantime, Gin is still dishing out epic take downs with some excellent friends.

We have also been given an excerpt of the audio book through Audible for those wanting a sneak peak: