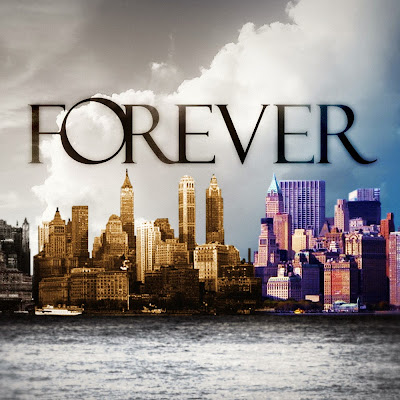 From there to Henry who claims he’s up because he’s busy to Abe but looks more bored than busy. Abe staggers in after a night of fun partying with his ex-wife Maureen which Henry doesn’t approve because their relationships have always been so destructive. But, as Abe says, if he gets his heart broken at his age it shows it still works.

From there to a crime scene, the dominatrix’s client, Richard Gaines, has been murdered. Jo throws in some actual insights (wow, the Detective isn’t just relying on Henry?). When they get him to autopsy room they find he was asphyxiated, choked – and covered in superficial whip marks from the dominatrix. Henry and Lucas point out that the whip marks are probably consensual, pointing out older marks as well, much to the shock of Jo and Hanson. I call shenanigans, no way these two can be experienced detectives and be shocked by S&M. Henry objects to Hanson being all judgy, asking about various unsafe things he’s done as well.

To Iona’s office which Henry does note looks very therapist-y, while Jo is convinced she’s a prostitute. They talk and she explains her therapy but Jo notices a collar and pulley system which Henry confirms could certainly have caused the mark on the strangled Richard’s neck. Henry points out how strangling isn’t an exact science and they bring her in

Of course Henry gets to witness the interview (and continues to be understanding of Iona to Hanson’s judgement). Iona says, outright, that Henry is wrong – she has far more experience choking people and the multiple sessions had given Richard strong neck muscles, choking did not kill him. Iona says he was electrocuted – and Henry agrees. Henry was wrong!!!

In the aftermath of this shock, Hanson actually has an idea on where to find more evidence. Someone other than Henry has an idea! They find a cattle prod.

Lucas gives Henry a great pep talk on how getting one thing wrong doesn’t make you a fool and again, vainly, tries to invite Henry for a drink. Henry goes to visit Iona for some expert advice on electrocution. This leads to a “personal” demonstration which is so utterly unethical I don’t even know where to begin.

She realises that a past love has hurt him and we have a flashback – to shortly after Henry first discovered he was immortal and his wife shocked to see him back from the dead.

In the present she wants to help Henry deal with his pain. It’s then that she realises her electric cattleprod is missing just as Jo and Hanson knock on the door to arrest her. Awkward.

At the police station Jo reveals Iona (real name, Molly) was a therapist – before she lost her license for having an affair with a client who then went on to kill himself. Henry and Iona have more heart to hearts about love and pain and control.

Henry and Jo search Iona’s office and find both her coded appointment book – and a bug. Someone has been listening in on Iona, and it’s a police bug at that. They track down the serial numbers and find it was last in the possession of a retired cop who is now a PI – and they interview him. They learn he was hired by Richard’s wife to check up on Richard to see if he was having sex with Iona . And Henry punches the guy when he calls Iona a “whore.”

While all this is going on Maureen and Abe are having a fun time together and she wants him to drop everything and go with her. Something Abe is considering – and he wants Henry to meet her; apparently he never meets Abe’s partners because of the difficulty of explaining things but at Abe’s age he doesn’t think it’s necessary any more.

After him talking about trust, we go back to Henry’s flashbacks with his wife and trying to convince her he’s immortal – and her not believing him (to be fair, this is hardly “trust”). She has him committed to an asylum.

At the police station, Jo interviews Richard’s wife and after much tearful pain of trying to understand her husband she learns that she was Iona’s client, her alibi. She’d gone to Iona to try and understand what Richard got from her.

After flirting with Iona, Henry walks along the street when a large black van pulls up and a man jumps out and tases him with a cattleprod. Being kidnapped causes him to miss the dinner date with Abe and Maureen. Abe calls Jo who investigates and finds Henry’s fallen pocket watch.

Checking CCTV they see the tattoo on Henry’s kidnapper’s arm – the same as one on the arm of one of Iona’s clients. Iona gives up his name and phone number and reveals the man has become too close to her so she’d cut him down (and given his time slot to Richard).

Henry is tied to a St. Andrew’s cross and the kidnapper doesn’t, alas, decide to kill him quickly. But Jo & co arrive before things get too dramatic – and Jo sees the old scar on Henry’s chest from when he was shot and killed in his first death.

Abe and Maureen don’t go on their tour while Henry monologues about pain and feeling – and finally joins Jo, Lucas and Hanson to go out for a drink. He also tells Jo about his scar (kind of).

Also “it’s not sexual it’s therapy” has many things wrong with it but I think I’ll just point out that said therapist apparently needs to wear lingerie.

Hanson and Jo are waaaay too shocked and surprised by something so very mundane.

Basic Ethics – the medical examiner should not engage in nookie with a suspect.