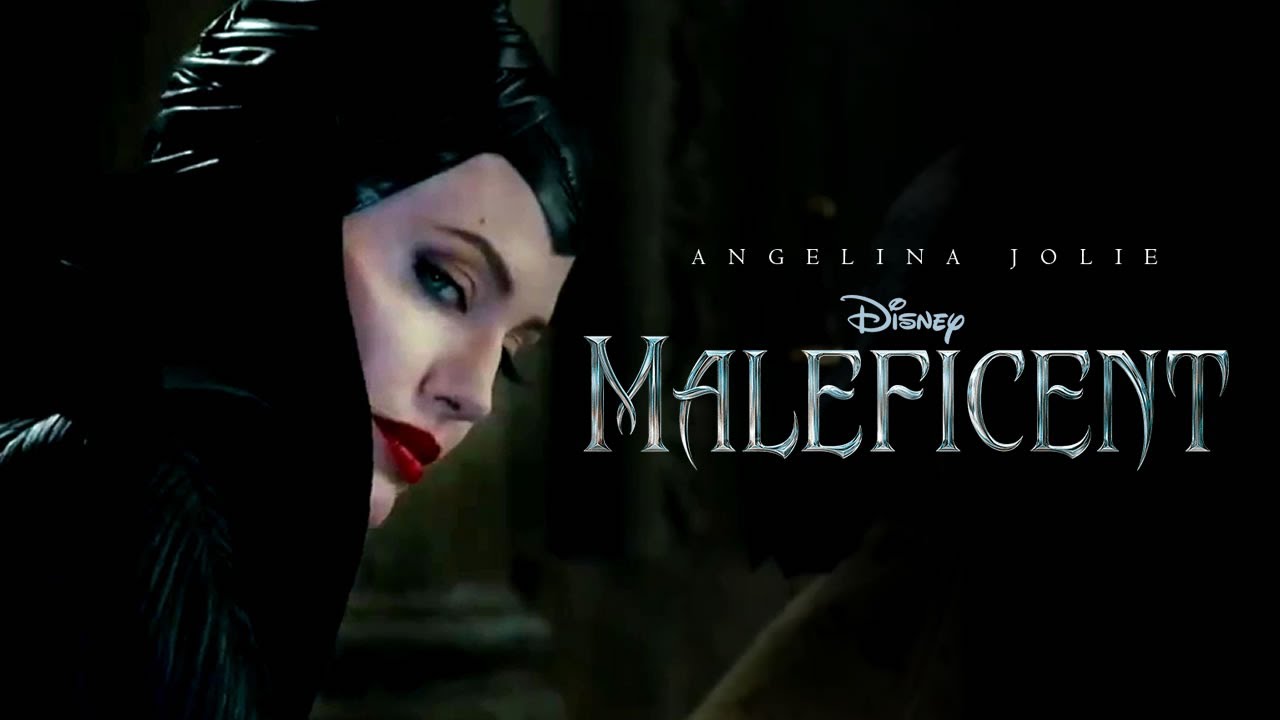 There are two kingdoms, one, a rigid patriarchy run by a cruel king, who rules over the human population, and the other, The Moors, which is filled with fairies, who have no recognisable leader; the complete opposite of the kingdom’s patriarchy (probably intended to be read as a matriarchy). From the very start, these two areas are clearly gendered, with The Moors representing fertility and softness whereas the human area is harsh, foreboding and set on invasion. Rife with gendered sexual metaphors, these two factions are endlessly at discord as the human king wants access to the resources of the lush and magical Moors and fairies simply want to be left to their own devices. In their division, one seeks conquest and power while the other stability and love.


Cue Stefan, the human male antagonist in this Disney inspired rape revenge fantasy. As children Stefan and Maleficent become fast friends, after he tries to steal a gem from a pond (again showing a different viewpoint between the two peoples, Stefan seeing a gem to acquire, Maleficent seeing a rock that belongs in its natural place) Stefan wins Maleficent’s trust and affection when he discards an iron ring when it burns - especially noteworthy given he is an impoverished orphan with few possessions.


Over the years the relationship grows, culminating with Stefan giving Maleficent what she believes to be true love's kiss on her sixteenth birthday. Stefan however, who has had a life filled with privations, has more on his mind than the innocent blush of first love - the acquisition of power, whereas Maleficent who has known neither need or want cannot hope to understand what drives Stefan. To that end, after the king is successfully defeated in his invasion of the Moors by a repelling force led by Maleficent, Stefan boldly returns to the Moors, confidant in Maleficent’s trust after all of these years and, after drugging her, slices off her wings. Stefan proves his virility, masculinity and indeed worthiness to lead through an act of violation of a woman and in turn the humans celebrate Stefan as their conquering hero.


This leads to the well known curse of Stefan's daughter Aurora by Maleficent in revenge for the lies, the assault and the loss of her belief in true love. Watching over Aurora for 16 years, Maleficent comes to love the comely young woman, thus finding redemption in motherhood. Instead of Aurora being awoken by Philip's true love kiss, as she does in the Disney version of the fairytale; Aurora is awakened when Maleficent kisses her chastely on the forehead, vowing to protect Aurora all the days of her life. Stefan gets what's coming to him and Maleficent crowns Aurora the Queen of the Moors, thus uniting the two kingdoms for the first time in female love.

Say “awww” everyone. That's what Disney wants you to do at this point. Maleficent is a re-imagining of the Disney version of Sleeping Beauty fairytale. Maleficent is very like the original Giambattista Basile version (Sun, Moon, and Talia), where an unconscious Sleeping Beauty awakens when one of her new-born twins sucks the flax slither (not a spinning wheel needle) out of her finger - these twins were conceived when the king raped her when he found her unconscious. Maleficent is rife with rage after her violation by Stefan. Stefan drugging and removing Maleficent's wings is meant very specifically to be a metaphor for rape. Addressing this scene in particular, Angelina Jolie had the following to say in an interview with the BBC.


"We were very conscious, the writer and I, that [the scene in question] was a metaphor for rape," Jolie said. "The core of ["Maleficent"] is abuse, and how the abused have a choice of abusing others or overcoming and remaining loving, open people."

The loss is writ large on Maleficent’s life as she moves from the earthy brown dress representing her wholeness, fertility and connection to the earth to black - a visual metaphor for nothingness and evil. That which makes Maleficent woman - the most intrinsic part of her existence is removed. With a ravaged, tortured  scream she crosses her once beloved Moor with a slow limping slow walk, invoking female genital mutilation. Without her wings, even with her magical power, Maleficent’s assault leaves her that much more vulnerable even though she’s lost her former unflagging trust of Stefan. With that, Maleficent is no longer a woman in the most essentialist of definitions. She cannot nurture, she cannot love and she cannot procreate. In short, Maleficent is seen broken.


Even the earth feels Maleficent’s loss as the Moor transforms from its almost technicolour brilliance to a dark and foreboding place. Maleficent is overcome with her rage, even as Stefan prospers by gaining the crown, a wife and a beautiful princess for a daughter. The world is dark with Maleficent’s grief with the exception of the three vapid fairies tasked with guarding Aurora.


To the fairies, Maleficent has gone from the protector of The Moors, to an evil fairy set on destruction. They don’t question the change in the young woman they have known ostensibly all her life but instead seek to form an alliance with Stefan the rapist. In her victimhood and refusal to hide in shame, the fair Stefan and all of Stefan's court see a threat to the status quo. Maleficent is not welcome in Stefan’s kingdom having served the purpose of elevating Stefan’s social status; in the eyes of society, her duty now is to disappear. Instead Maleficent is a rape survivor who seeks justice, even vengeance


In the aforementioned BBC interview, Jolie asks, 'What could make a woman become so dark? To lose all sense of her maternity, her womanhood, and her softness?'" That these are deemed essential character traits of womanhood are beyond problematic because these traits are not mutually exclusive to womanhood and a maternal instinct is not some intrinsic part of feminine identity. In short, Maleficent is filled with an essentialist view of gender that supports gender roles far more than it could ever hope to subvert. Writ large over it all is the idea that women exist as the conquest of men because of their softer/gentler nature, rather than a patriarchal sexist conditioning which removes personhood, rather than womanhood from women.


Even in her early interactions with Aurora, Maleficent makes it clear to Aurora that she doesn’t like children. This statement is meant to show the viewer just how far Maleficent has come from our essentialist understanding of gender. It is meant to be unthinkable that Maleficent could not love the blonde haired blue eyed Aurora. It is only when Maleficent discovers the love she feels for Aurora that she tries to revoke her curse, realising only then that she has attacked Aurora for the wrong done by her father. Maleficent is redeemed by this non-sexual, non-romantic, clearly maternal love. Through Aurora’s forgiveness, Maleficent regains her sense of womanhood and pure purpose. That which was taken from her (read: her wings)  are returned and woman once again, Maleficent is free to fly through the clouds with all abandon.


Even then, Maleficent faces more violence and abuse from Stefan and even after this further assault, she doesn’t seek justice - she still only asks for what she wanted from the very beginning - to be left alone.


Maleficent's violation, though heart rending, is not the only instance of lack of consent.  When Philip is presented to an unconscious Aurora, he does not question whether or not Aurora would want to be kissed by a man she has known for a New York minute but instead worries about whether he will be infected by whatever curse has attached itself to Aurora. The metaphor here is that Philip is worried about safe sex but not consensual sex. Someone has gifted him with an unconscious woman and only his safety is paramount.


Female gender is further represented by vapid fairies. Their loyalties shift when it is convenient and are clearly incompetent at the one task they have been assigned. In Maleficent, we have woman as mother, vapid caretaker, victim, innocence and finally vengeful ex lover. None of the aforementioned identities invoke a sense of personhood, in the supposedly feminist retelling of the classic tale.


And on top of this we have a rather disturbing lens cast on the anger of a rape victim. Maleficent’s rage is always cast as frightening, as menacing even as evil. While the film is very clear that Maleficent is a victim, her anger and rage over that is still a terrifying, evil force. Maleficent is allowed her pain, we can dramatically see her suffer and sympathise with her for it - but her rage is inexcusable, is dangerous and is wrong. There is no validation of Maleficent’s rage, no support of the idea she has a RIGHT to be angry. Not only do the humans see her as evil, but so do the fae. The vapid fairies cast her as evil, the other fae cower from her in terror even Diuval, her one ally, serves her out of loyalty for saving him than agreement or sympathy for her suffering and righteous anger. In the end, Maleficent is redeemed when she lets Stefan live; her redemption requires a complete repudiation and rejection of her anger.


We’ve spoken a lot about gender presentation in this film, largely because it is cast as a feminist re-telling and also because there is a lot to say and the messages are so problematic. There is a small reference of class when talking about the young Stefan, but it’s hardly analysed, worse it’s actually brushed over. A penniless orphan living in a barn in a absolute medieval monarchy managed to rise to become one of the king’s advisor’s. That’s not a commentary on class - it’s a denial of its effects.


As to race and sexuality - it’s pretty much non existent. Yes, Angelina Jolie is a Latina woman, but Maleficent herself was lacking any ethnic or racial markers (not least of which because she’s completely non-human) and beyond that we have one Black guard who tells the king that the thorns won’t burn. That is the full extent of the racial inclusion of this movie - and, especially being Disney, there are no LGBT people.