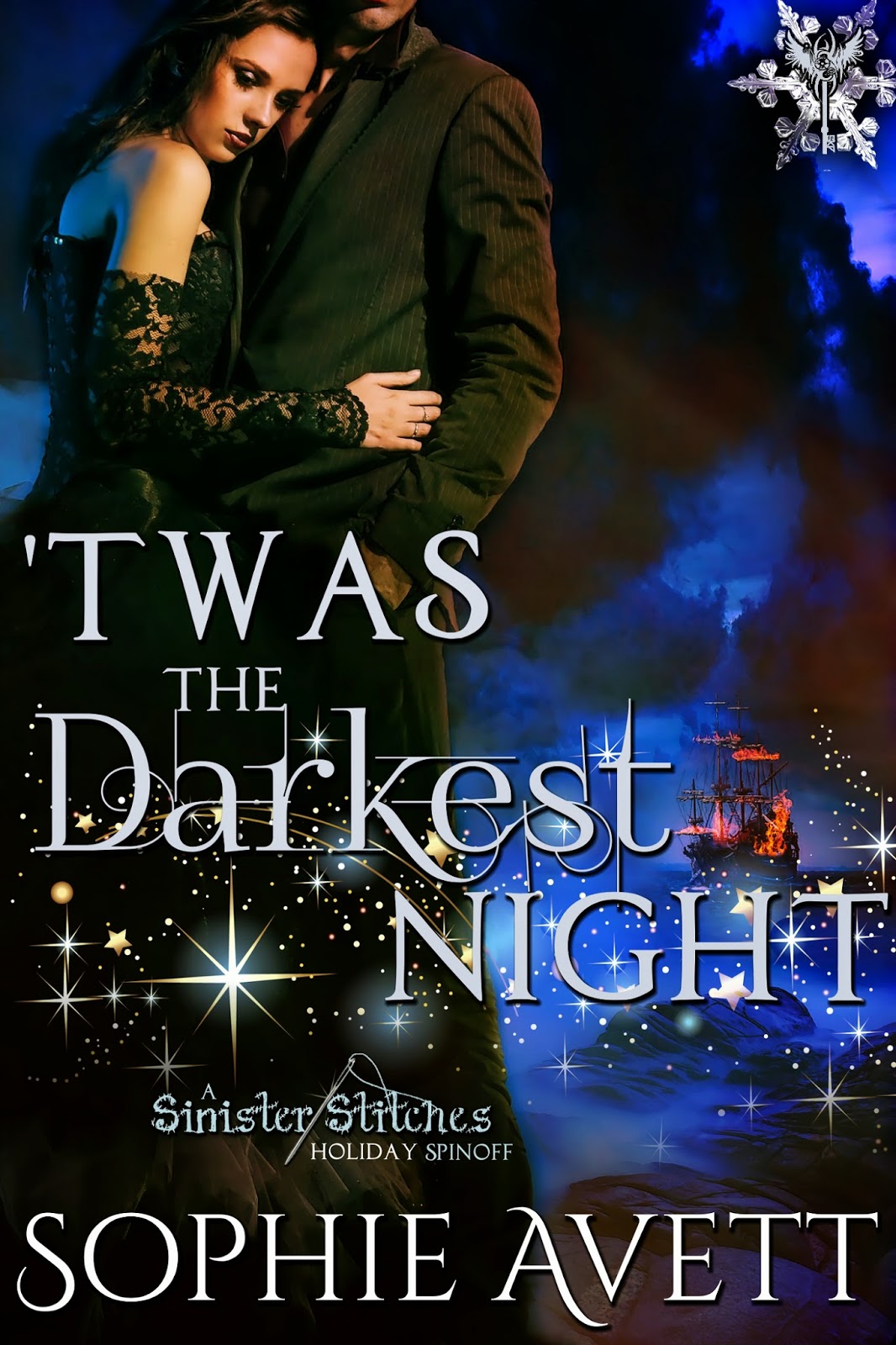 Elsa is a witch and not a happy one. Primary among the things making her unhappy is trying to keep the charm shop she inherited from her father running – a seemingly impossible task. Socialising is something she’s largely written off, preferring cake.

But Marshall, her vampire tenant, may actually have the key to solving her money troubles – but it means going away with him to secure an important contract for his firm. Of course, alone together on a romantic Christmas scrooge (and them both dedicated scrooges), other priorities arise.

This book begins in a very intriguing fashion. We’re presented in a full world with a vast amount of supernatural creatures, a city that is ruled and dominated by the supernatural, lots of monsters and magic and even a focus on some creatures we very rarely see in the genre – Trolls and Huldra. The world is described in a very intriguing fashion. My hopes were raised, this world really interested me and I wanted to see more.

Elsa herself had a somewhat mundane but neat little task – she has inherited her father’s shop and wants to make it a success; there’s also a very artfully suggested underlying issue she also has to deal with but is more teased than revealed as we burrow into the plot. I also really love Elsa the Troll and her little problem with greed.

I even like how Marshall offers to help – recognising her independence he offers a trade of services: her magical help in exchange for his advertising expertise. He offers a service that will help her shop rather than playing the White Knight and simply buying off her creditors. I was intrigued – this was looking good.

The problem is that this very promising setting is used to be a background for sex. Lots and lots and lots of kinky sex. Sex and S&M scenes consume most of the book and there are major problems with this.

By far far FAR  and away the most severe of them is the problem of consent. The sexual relationship between Elsa and Marshall begins with rape. There’s no ambiguity about this (the book has a “dubcon” and “forced seduction” written in the front – this isn’t dubious – it’s rape. Elsa is restrained, helpless, does not consent and is raped. There is no question of that. The rape is certainly not treated as rape, Elsa does not regard him as a rapist and there is generally a denial of the whole rape element here. If anything, she is annoyed that he has seized control and she is determined to enforce her own authority over the relationship she is now determined to continue and even pursue. She pursues a relationship with her rapist, the rape seems only to annoy her because of the power dynamics of the relationship rather than the actual violation itself.

From there we just have lots of really broken consent – basically she then decides her appropriate action will be to use magic and woo-woo to control and sexually assault (and, again, rape) him. This back and forth rape seems to be the establishment of their relationship and the assumption that everything from then on is actually consensual. To which I just repeatedly gaped at the book and occasionally just chanted “no no no no no” over and over again.

Once we have that problem it seems pretty ridiculous to complain about anything else because, really, rape renders everything else somewhat moot. But I did find there was a problem with how the sex consumed the story and the world building, even if there wasn’t any rape. Sex and sexual tension seems to take the place of expositioning this world, of the whole mission they’ve set out to do – even the conflict between Marshall and his ex feels undeveloped and tacked on so we can have some more angst from Elsa and an evil Ex trope. There’s so much focus on the sex that nothing else really thrives

It’s not that nothing else exists but sex – no we have Elsa‘s body image issues which are huge and linked very much to who and what she is and we have Marshall and his tragic childhood. Both of which I’d be more interested in if it didn’t feel like more pulling from the main plot.

To be honest, I also kind of hate how both of these issues are “resolved” at the end of the book as well. Elsa doesn’t learn to appreciate her body – it’s generally accepted that yes, actually, she’s really hideous – but here’s some woo-woo to cover it. Ok there is a moment when Marshall makes it clear he values her however she looks, which is nicely done – but that “but here’s permanent pretty woo-woo” kind of undermines it. And Marshall ends up following the path his evil and abusive father laid out. Now this could have been developed into the point that Marshall has a lot of other responsibilities that also rest on his decision and saying no for the sake of a grudge against his dad is immature- but it’s not really developed. Both of these could have been complicated and interesting issues but because they don’t get the exploration they deserve I feel they fall short of what they could be.

Inclusionwise we had several POC albeit not in a major role – it can be argued that the only major roles were Elsa and Marshall and it’s not inaccurate, but there were still a number of minor characters the vast majority of whom were White. The POC we met did seem to be extremely powerful and invested in Marshall and Elsa’s relationship for woo-woo reasons which, to be honest, I couldn’t entirely follow. There are some other POC in minor roles, but these were the most important and powerful if I could quite grasp exactly what they were doing.

There may be one or two bisexual men. I say may because they are both submissives in a relationship with  woman and the contact between them is at her instigation and at very least initially on one of their parts, is met with shock, anger and revulsion (direct word choice). This leaves me thinking that at least one of the two men isn’t bisexual so much as following his mistresses command – and in the event that they are bisexual, their sexuality is there for a straight woman’s pleasure and appreciation which is not a good trope.

This book leaves me frustrated, annoyed and more than a little repelled. The frustration comes from the fact the world setting and the characters of this book are unique and fascinating, they’re also really well written and the whole thing is pretty amazingly original. Frustratingly we lose so much of this focusing on what I’ll call a romance but is more sex than romance. Not that it’s entirely awful - I’m someone who generally skims a lot of sex scenes (lusty description + heat + moistness, thrust thrust thrust, screaming; done. I’m not a fan of how most of them are written, it has to be said) but was quite impressed by these for the most part

…once the rape is removed. Which is where the repelled comes in. Rape is an utter romance failer. It’s like taking a car, praising it’s wonderful engine and gears and… things (here endeth my knowledge of cars) but you’ve ripped the wheels off. It doesn’t matter how wonderful everything else is, the wheels are missing, it fails as a car. I’m not saying rape can’t exist ins a story, but having your characters rape their way to a Happily Ever After romance, is not so much taking the wheels off the car, but replacing the windscreen with cheese slices, ripping out the engine to make room for a very small mariachi band and changing the steering wheel for an angry, rabid echidna.