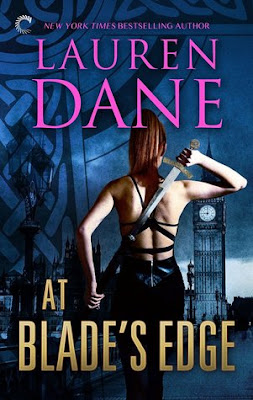 Rowan has been betrayed by the Hunter Corp, there’s a rot within it and she is done with it, she is done with tolerating it and she is done with good Hunters dying
Heads will roll.
Of course she’s also a married woman – which in many ways is far more daunting than something as simple as rebuilding the Hunter Corp from the ground up.
The problem I have – which is always difficult when I love a series as much as this one – is that this book doesn’t feel perfectly executed. This could, in part, be due to my very very high expectations. The big showdown with Roth and the Hunters seems just…. Way too simple. They kind of just moved in, yelled at people and made it happen, no twist, no issue.
That’s not necessarily a bad thing. Not everything has to be a struggle after all, and one of the defining features of Roth is that he is incompetent. It’s one of the defining features of Hunter Corp in general – that they have the field agents who are experienced and skilled and the Office Agents who have no experience in the field and have spent far too much time dealing with things in theory and not nearly enough actual practical experience. So, yes it does make sense that Roth wouldn’t be a major challenge – that’s an ongoing issue through the books and it makes sense. Nor does everything need to be such an epic struggle and it’s not bad to have something handled well both because Rowan is so skilled, and, because Rowan is just this damn sick of this shit.
Which, I think, is another important element to point out – this goes so simply because Rowan is Done. She is Done with this. She is furious, she is betrayed, she is enraged and she is making sure this ends and things are changed. The simplicity reflects the strength and determination and power of Rowan who will Get Things Done no matter what.
But it still feels simple – I can understand it not being difficult, but it seemed to involve so little as well. It wasn’t only easy – but there wasn’t a lot to do. And when we handle that there’s just…. not much more left. Outside of the story we have Rowan and Clive’s relationship and them finding their position as husband and wife
And a lot of that is excellent. I love how their love for each other is expressed, primarily, in how well they know each other. Their most romantic acts towards each other are not generic or standard – they’re very personal to each other. I liked that. I also liked how they tried to find their own balance with each other- learning each other’s ways while making many missteps and accommodating each other’s needs. That includes Clive understanding Rowan’s aversion to sharing her blood, her need to do her own thing without being protected and sheltered; while she understands he likes to do things for her and that’s not a bad thing – as well as understanding while she does have to put her life at risk and he shouldn’t stop her, it’s also important for her to keep him informed.
Their finding their level together was excellent depiction of pitfalls and genuine love and care, understanding and growth. It’s a touching and rough and real and I like it.
I also kind of loved the interactions between Rowan and Clive’s mother (and Rowan with his entire family in general – Rowan has always been supremely awesome about not tolerating bullshit in a most epic fashion). I do have a slight issue with Rowan’s conflict with Antonia having a slight edge of anti-femaleness that is not uncommon in the genre. When you get the rough & tough female protagonist who hates dresses and make up and finds them completely alien and wrong. Now, Rowan does like jewellery (when it comes with weapons) and Antonia is playing a very clever game, but there is a slight essence of “uckies, femaleness!”
We do have much better depictions of other women so many of them are so very very awesome and skilled – and Genevieve, the m
We are, sadly, lacking in any LGBT people in this story. We have some vanishingly small POC roles – head honchos in the Vampire nation, the Scions, but they’re one line inclusion.
I started by saying there were problems with the execution – and then I typed lots and lots of praise. The problem I have is it’s just not quite enough. The relationship growth isn’t enough for a story. The defeat of Roth isn’t enough to make a story – not complex enough, long lasting enough or involved enough. The repeated repeated repeated sex between Clive and Rowan aren’t enough to fill the gaps. The brief party scene with Theo felt almost tagged on the end for no real purpose. It just feels like huge chunks are missing, where’s the rest?