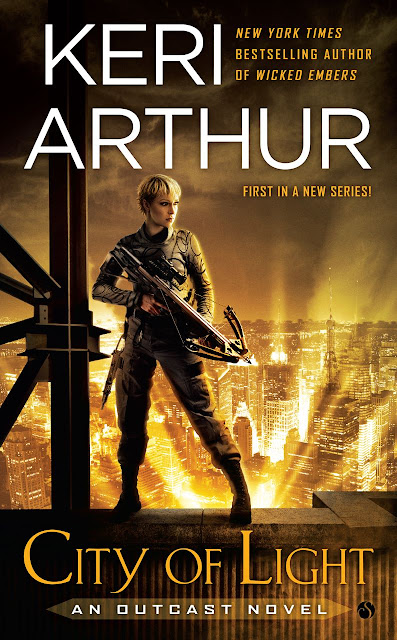 The world was torn apart by the war – Shifters and humans fought, civilisation was destroyed and, in the aftermath of the bombs that finally won the war, new dark forces have been unleashed driving people to hide in well lit cities

Despite the war being 100 years ago, Tiger is a product of that conflict – a designed supersoldier, a déchet, created to fight for humanity. Most of her kind has been destroyed and is in hiding – but she cannot abandon a child in need and one charitable act of rescue quickly pulls her out of hiding and directly in a dangerous fight with the sinister forces that rule the night.

A dystopian future following a devastating war between shifters and humans that left the world devastated and at the mercy of sinister and unknown monsters from beyond the void – as well as the vampires that have always been in the shadows – but in a newly devastated world are so much more of a threat.

That is an epic and fascinating world to begin with, but there’s also fun additional elements and details – like the nature of vampires as almost mindless monsters which is very refreshing in a genre which has so many very very sex vampires. Or little things like the reliance on light to protect the populace safe from vampires and shades has led to generations who have lost the ability to see in the dark. There’s a lot of excellent detail in creating this world

And then there’s Tiger, a déchet, a hybrid being created to be a warrior for the humans before most of her kind were annihilated. There’s a lot about her that comes close to being very tropey yet continually moves back

She has special woo-woo powers (and is one of the few of her kind left alive so they’re unique woo-woo powers), but while they give her advantages they don’t make her uber powerful and book breaking. But while they make her useful they don’t make her a weak object in possession of other people. And, yes, inevitably she has the special woo-woo of sexy-times since she was made to be a “lure” but even that has not gone the predictable route of her tripping into bed with the designated love interest (though I will lays odds that they are definitely headed towards sexy times). But even the way she uses her sex as a weapon she does so in a way that is very different from what I’ve seen in most other books with the woo-woo sexiness (even if it actually makes far more sense).

She also has an angsty past – but it’s not an overwhelming source of pathos and mourning for weak character development, but rather an integral part of her character that reasonably drives her motivations. It’s not just thrown in, it’s developed as part of her.

There’s a lot of interactions with ancient hatreds due to the war and atrocities on both sides, but, again, this is well done.  There’s no direct appropriation of real world atrocities nor an attempt to invoke any kind of oppression (and Tiger openly admits to atrocities on her side – on both sides – and that many of her fellow déchat were created to be dangerous monsters).

Her motivation and interaction with the other characters due to this history of hatred and revulsion and secrecy is also interestingly complicated. From her trying to find connection with Sal her fellow déchat, to the old hatreds with Nuri’s team. Under that is her conflict over whether to protect herself and her ghostly charges – or whether to try and find the missing children. She’s driven to find the kids – but how much danger does she tolerate from her supposed allies? And I really like the answer to that.

Tiger is, as I’ve said, a nicely nuanced female character and a dangerously sexy one who manages to be more than the avatar of sexiness and her story is far more complex than just being the sexy one. The leader of the faction she’s working with is a woman, Nuri, an immensely powerful, scary, definitely in charge, ruthless – and mysterious. I look forward to seeing more of her.

Alas there are no memorable minorities in this book. No characters I remember as POC, no LGBT characters, no disabled characters. There’s a fair number of characters here – certainly enough for the erasure to be noticeable. Even more so since I’ve read a few series by this author and this is a definite pattern

Yet I picked up this book with decent hopes – and am glad to say in terms of story, setting and characterisation my hopes were not only met, but far exceeded. This world setting is intriguing, Tiger is a character I am a huge fan of and definitely want to follow her story and get behind her and see her triumph – and the plot kept me engaged throughout. It’s the first book of a new series and I’m already eager for more.