Is There Rhyme Or Reason To Game Of Thrones Deaths? 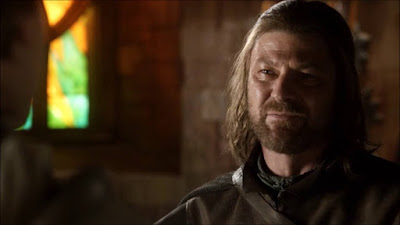 For a very long time, Game Of Thrones had a reputation as the most brutally uncompromising show on television. In particular, it was known as a show that wouldn’t hesitate to kill off a protagonist or favourite character. This was grounded not just in the writing, but in the philosophy of series author George R.R. Martin. Martin has argued that his tendency to kill characters off is not simply a result of a pessimistic outlook or a play for shock value, but rather a reflection of the fact of life that death can strike down anybody at any time. It’s not a cheerful thought, but it’s the truth, and Martin, even while writing a book populated by dragons and ice demons, prides himself on keeping things real.

For five seasons, HBO reflected Martin’s feelings and writings with death after shocking death that rattled and even upset fans. Ned Stark’s fate all the way back in season one has been counted among the most shocking television deaths in recent history, and fans quickly discovered that it wasn’t to be an outlier. In this show, popular characters die all the time, and when it looks like someone is about to be killed, he or she usually is. That, for a long while, defined death on Game Of Thrones. It was the idea that this is not some fairy tale in which underdog stories are common, or last-minute miracles save the heroes. Martin writes, and HBO always followed, based on the odds. In short, if a sword was falling toward a neck, there was never a blade that was going to get in the way at the last moment.

It’s because of five seasons like this that as we headed into season six, most of the discussion wasn’t about who might win the Iron Throne (basically the gold medal of this whole “game”) or whether the remaining Stark children might find happiness. Rather, it was about two things: whether or not Jon Snow would come back from the dead, and who else would be dying soon. Indeed, character deaths have become such a major part of this series that there were even betting odds on who would die first in season six (which favoured the likes of Olly, the High Sparrow, and Lancel Lannister). That’s a pretty remarkable concept. The show had become so well known for killing off major people that people were actually wagering on who might be next.

In terms of the volume of deaths, season six lived up to expectations and then some. In fact, to a more casual observer of the show, it may even have seemed as if nothing changed, and Game Of Thrones simply went on doing what Game Of Thrones does best — and perhaps even got a little better at it. But a closer examination showed that despite the high body count of season six, Game Of Thrones actually changed drastically this year as it moved beyond Martin’s writing for the first time. Simply put, this time it was the bad guys and the seemingly powerful who died at the hands of protagonists and underdogs.

As one recap wrote, some critics went so far as to suggest that this was antithetical to the spirit of George R.R. Martin. More than a few referred to season six as a crowd-pleasing effort, or suggested that it was an unrecognizable shift in tone for the show. That’s a little bit of a stretch, perhaps, but it’s still easy to see how someone could come to that conclusion. Martin’s own assertion that death can come to anyone at anytime actually held up extraordinarily well in season six. What changed is that a few people against whom the odds seemed to be stacked finally scrambled away from death to triumph. There had hardly been an unlikely win in five seasons, and in season six there were several of them.

The question now is how much of this was intended. It could be that HBO has simply decided to go in its own direction as Martin struggles to push the sixth book through his notoriously slow writing process. But it could also be that he always intended to have a few comeback stories and satisfying heroic victories, and that five books’ worth of relentless adherence to the odds was meant as a setup. Until The Winds Of Winter (book six) comes out, we really won’t know. But for now, we’re left somewhat in the dark about where this show is going, and what the nature of the countless deaths sure to come will be.
Posted by Sparky at 8:00 AM