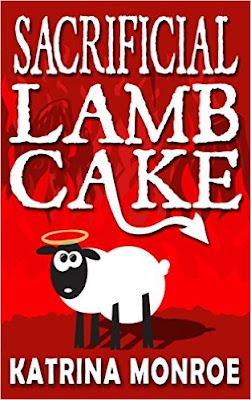 Rain is the Messiah, the second coming of Christ

Which surprises no-one as much as Rainfall (call her by her real name and suffer) – a lesbian, child of a rabid hippy and generally the last person you’d expect

Except big G seems to be playing his own game

I can see what this book is trying to do, I can see the theme it is trying to set. It’s the same kind of super-silly-yet hilarious theme you get with books like Christopher Moore’s and                             . These are the kind of books where we know the point from the beginning – it’s about being funny, about being silly. Yes there may be a plot and a world there, but it’s more to be a vehicle for the hilarity than anything else and, often, we’re not going to poke at it too closely because it’s not that kind of book.

Though it does have a plot with some very awesome points. I love the twist ending. The twist ending is amazing and perfect and really something I should have seen coming from a mile away but it was so well done. I have endless praise for the plot twist at the end

The plot was also very fun. Rain’s sudden diving into this whole new world, trying to learn it, trying to understand it and her various misadventures along the world – it was all kind of fun

And the idea of a super evil and repressive hippy also has a certain dark irony about it – though in addition to being played for laughs it was also a kind of dark lesson that fanaticism of any kind is a terrifying thing.

I’m also really amused by the attempts to prove she’s the messiah and how very very very awry they go. We live in a very different world and not every situation is improved by water turning to wine…

Her mother was an excellently over the top and terrifying character – the new age fanatic taken to extreme and horrendous extent, both funny and frightening and an excellent twist

All of this worked.

What didn’t work so much is that opening theme – because though I found this book amusing, I didn’t find it laugh-out-loud hilarious and zany. I smiled, I didn’t laugh. And that’s a problem because this whacky genre – from the sheep on the cover to all the randomness inside – kind of needs that. And it needs the surface hilarity to set the theme and discourage me from taking too serious a look at it. I would find myself being frustrated and wanting greater examination of various issues. Like how quickly Rain accepted the idea she was the Messiah based on very little (a display full of bagels?). Or how she is clearly the messiah of the Christian faith but there’s no real examination or issues from her about being a Lesbian messiah of such an unrelenting homophobic force in the world. Or how I really wanted the story not to run as quickly as it did and have more examination of the world and everything in it. Or how Jude is just so bad at seeing what the modern world will accept as a messiah or not

But then I stop and remind myself that this isn’t that book – it’s zany and funny and not meant to be that book. But I have to remind myself because I didn’t laugh enough to take me through that.

In terms of POC we have Jude – and the other disciples – who are described in terms that are somewhat ambiguous but definitely point towards them being POC (as would also be a sensible depiction given the characters they are). For LGBTQ characters, Rain, the messiah is a lesbian. Openly so, not just as a brief reference and definitely in a sexual (if not loving) relationship which is clearly depicted without flinching and has complexities and difficulties that stem from more than her being a lesbian.

I don’t actually know which is the protagonist. For a whole book I would have said Rain since she is the actual Messiah – but by the end and with the twist I lean towards Judas, with Rain becoming, really, a part of his greater story, in fact her whole presence in this story leans towards that.

I’m intrigued by this book and enjoyed it – but think it needed to be either, much whackier and funnier, or much more serious and developed. It doesn’t really hit either sufficiently to truly be as awesome as it could be.