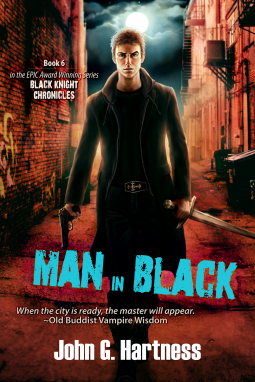 And there’s a lot of people, not least of which the global vampire council. And while James would probably be willing to step down, there is no abdicating – just death. Which means, just as all of his friends have stepped back away from him, James finds himself defending his life by defending a title he didn’t ask for.

So Jimmy is now master of the city. And some of this I really like

I like how he walks the moral tightrope. After all, the last book saw Sabrina leave him because she couldn’t tolerate his ruthlessness, she refused to accept his willingness to fight, hurt and even kill people. She thought he had gone to the dark side.

To a degree she’s correct – he is much more ruthless than he was. He does fight and hurt and kill. He leaves a swath of destruction in his wake and it does worry him. He does worry about what he’s become

Especially when we look at his proposed replacement as Master of the city who is very much in favour of killing everyone who challenges him, not acknowledge humans as people and generally willing to leave a pile of bodies in his wake. Jimmy gives second chances, Jimmy enforces his rules and is even a strict, iron fisted ruler – but without killing and, if he can, without violence. Jimmy is certainly not a good guy in this book, but he’s way better than the alternative. This moral quandary is one of the best parts of the book

I’m less thrilled with him suddenly spawning major combat powers which allowed him to enforce his reign by simply beating any challengers. It felt like a too-easy cop-out. Equally, him inheriting a super-efficient, all knowing and loyal-from-the-get-go butler also feels like a lazy cop out. Let’s face it, Jimmy was grossly unqualified to become Master of the City – he’s fairly unqualified to become master of a relatively small gaming club. To have him assume the position and then just drop these two major crutches on him feels… too convenient. And, really, it’s a waste. Him being grossly underqualified and having to learn quickly, fail, struggle, appeal for help and succeed because people saw something worth following in him? Hey, that’s a plot line! That’s several books of content right there! Him stepping up, being unqualified and then getting super powers and an extremely useful sidekick is not.

This book is one long action sequence. And I kind of like that. I’ve said before that it’s something of a guilty pleasure of mine to read a book which has lots of blood fizzing action. Yes, it’s the same part of me that likes explosion and a good action film

And this book is definitely full of lots of action moments, lots of excellent, fun fight scenes and lots of Jimmy slicing and dicing his way to Masterhood. He is in charge now and he’s willing to defend that title with speed, fists and great big magic sword…

…but, there’s a difference between liking the odd action movie with fun explosions and fight scenes and, say, watching a Michael Bay movie which is all explosions and fight scenes. So I enjoyed the first two fights we had with Jimmy, the new side of him, how he was settling in and how everything was working now he was master. The next fight was decent as well... and then I skimmed. Because so much of this book just jumps from one fight scene to the next to the next to the next with only brief intervals in between. The plot is largely “Jimmy fights”.

Which goes right up to the grand fight scene at the end – and the terrible deus ex machinae which ended this book. Literally divine intervention swooped down. Ok, the way it was done was nice, I liked the way Jimmy invoked and caused this – but still

Sadly Gregg and Sabrina are also largely missing from this book – and I get that is an important transition moment for Jimmy in much the same way that this book is a transition book in the greater series. His friends leaving him was a conscience, wake up call for Jimmy. It was necessary - but that could have been worked into this book more than just so many fight scenes.

So I can understand why the interaction that made me love this series so much is missing – I do understand it and even approve of it, but it was something else missing from this book I generally enjoyed. Abbie and servant Butler guy don’t really make up for that. I also really hate how Lillith has been treated in the series in general and certainly in this book – she could have been more.

Without Sabrina we’ve lost on of the most notable female characters in the series- though she will return next book – and Abbie certainly doesn’t fill that void. While the vampire council of the world was racially diverse, they literally appear in two conference calls and there’s not a lot of other racial diversity either. There were no LGBTQ characters, there were no disabled characters.

In the end, it was a fun book. It was also a transition book taking Jimmy from his old storyline to a whole new context and position promising a very different direction for the whole series. But it could have been done so much better.