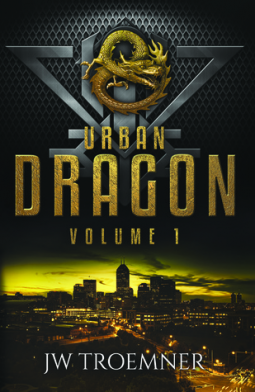 Rosa and Arkay live a difficult life – being homeless even with someone to watch your back (and that someone having scales, claws and the ability to breath lightening) is always dangerous.

Only more so when you not only have to find a safe place to sleep, but also have to deal with zombies, necromancers and demons. Especially if you want a solution beyond “let the dragon kill everyone.”

So, the protagonist is Rosa, a Latina lesbian and her best friend, occasional partner, is Arkay, an Asian bisexual woman or lesbian. And a dragon. We have a Latino, deaf priest. We have a Black ghoul who becomes a loyal friend of the couple and a Black police officer who plays a major role.

Their adventures take them from homelessness, living on the streets and struggling with the realities of sex worker, predation, being devalued, ignored. We have some nice looks at how being a lesbian facing homophobia drove Rosa to be homeless and how disability also pushes many out onto the streets. Arkay becomes a stripper and all of her co-workers are portrayed as actual people – not vicious fighters or innocents in need of saving, but women just working a job without shame or coercion. And we have an awesome point from Arkay about how amazing she finds having that much attention after being so utterly invisible while homeless.

I also really love the moment when Arkay is believed to be dangerous despite being a petite Asian lady not because she’s a dragon (and very very dangerous indeed) but because of Asian martial arts (which she duly mocks).

It also had plot and a setting.

I feel it’s vitally important to stress this. While I was super excited about inclusion, I know we’ve all read very well meaning books with good diversity where the author has clear sat down and decided to Teach Us about Diversity and it will be Diverse and Good and they are a Good person. And then completely neglected to include anything resembling a story. In short, sometimes these books tend to read like a well meaning but clumsy and ultimately dull PSA.

This is not one of those books. This is a book with a plot, a wide array of creatures, and 3 excellent stories that happen to have a very involved and well developed diverse minority cast.

In addition to the daily struggle to survive and move out of poverty, Rosa’s main issue to constantly worry about is Arkay, a dragon, who is so very protective of her to the very real point of perhaps going on a rampage. And she’s a dragon – rampage is definitely the word, the very very terrifying world.

The plot is really well written with three different short stories as Rosa and Arkay slowly find themselves in both a better place personally while at the same time are put at risk ad their awareness of a greater supernatural world comes to light. We see more and more supernatural beings and Rosa’s steady growing comfort with it even as they face greater threats. There’s a lot of personal growth and analysis, the awesome relationship between Rosa and Arkay with a lot of conflict and caring and trust as Rosa addresses Arkay’s alien nature. There’s Rosa pursuing her own relationships and love life and moving towards stability and happiness.

And there’s a really well placed, often action filled, emotional, dramatic plot line that never once made me want to stop reading as Rosa and Arkay confront various threats while the ongoing battle of Rosa playing Arkay’s conscience is also acted out.

I also really really loved the idea of the hunter, the man whose order tracked down the supernatural, wasn’t just a killer or even a police force, but a social worker as well. The idea that someone truly dedicated to helping people against the darkness out there wouldn’t just be a killer, but would check in on the victims or on those at risk, perhaps those close to dangerous supernaturals who aren’t a risk yet but just need reassurance and guidance. It’s a really excellent idea and I love it for its originality.  I would actually love an entire story following the social worker hunters. Give me this story!

Now I am torn, because this story has so much goodness here but it has a horrible ending. A really horrible ending. Super, terrible, awful ending. And I don’t want to spoil it because it’s the ending and this book is so good. But at the same time, the very people I think this book that would love it the most – LGBTQ people, POC, WOC, and people who are several of these – are the same people who would run screaming in depressed outrage from the ending. So can I even refer to all the good things in this book, effectively sell it to these vulnerable groups looking for representation, without mentioning the poison pill at the end?

So I’m going to say there’s a terribad ending. It is RIGHT at the end of the book. The very end – I mean less than 5% of the book, following a lot of absolute awesome which I really have to emphasise. But that 5% is awful. And I’m going to put it behind a spoiler and ask commenters not to specifically refer to it without vaguing it up:

She dies. Rosa dies. She is shot. She is shot. She is shot by a bullet meant for someone else. She is killed by a stray bullet. The lesbian protagonist is killed by a stray bullet. No no no no no no, and this so poisons the entire rest of this book – because it’s so perfect. We see a lesbian, she’s falling in love, she has a stable life, she’s heading to a happily ever after, she has a deep, rich life that revolves around more than her sexuality AND SHE DIES! SHE DIES! Argh, curse you damn trope, curse you forever! WHY?! This book was so perfect! It was everything! It was one of the very very very few books I would point to and say THIS IS IT, an urban fantasy with multiple POC and lesbians and disabled people and sympathetic portrayals of sex workers as actual human beings it’s not all centred on romance and it has a really detailed world setting and it’s just perfect then you finished it with GAY DEATH!? I’m almost annoyed at myself. I’m annoyed because usually I’m so cynical that this stuff slides off because I EXPECT it. I didn’t expect this.

A related but nowhere near as bad aspect is that that same death completely undermines the really fascinating idea of hunters of the supernatural being social workers as well.


So this becomes my Adele book. We could have had it all.

Now I’m just going to listen to this on repeat and sob quietly in a corner.