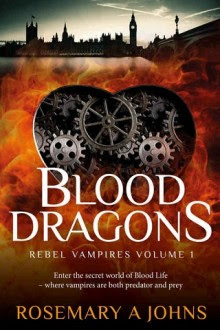 Light has had a tumultuous life as a vampire. From his original Election by Ruby he has gone through the decades discovering what it means to be a vampire, how that differs from humanity and the new rules –or lack thereof – of his existence

Unfortunately, as people who’ve read me reviews will know, I absolutely hated that series.

The similarity is that we have our protagonist, Light, recounting his long long long history in overly elaborate language and including a lot of detail that doesn’t make a whole lot of sense in someone recapping their own experiences. In between the very elaborate recounting we have musings of philosophy (again, very reminiscent of The Vampire Chronciles) only this is very focused on the difference between Blood Life and First Life and what being a vampire means.

The difficulty I have with the philosophy is it feels both unnecessary (since, ultimately, it comes down to Light valuing creativity and originality and discovering who has it while at the same time being the most clichéd rebel you ever did see) at the same time it feels shallow. Like if you’re going to of this route and look at the evolution of humanity and examining the differences between the vampires and humans then do it – don’t just have this aside that turns up now and then but is never really explored in

I think one of my main issues with this book is the format. Because it is set out as Light’s autobiography. And we start with Light and his now elderly human lover and the very beautiful poignant emotion he has over her slow loss to disease. It’s beautiful and it’s sad and it… doesn’t really explain why he’s writing a long history of himself addressed to the human lover who is no longer in a position to read it. But more, it’s like a story that begins at the end. The rest of the book tells us Light’s story – but we already know what happens to him. We know he falls in love with a human and moves somewhere isolated to spend the rest of their lives together. This is told to us in the first chapter. The rest of the story becomes… prequel? A plot whose tension is lost because we know pretty much exactly what is going to happen

That’s not always a killer – I mean the journey can definitely be more interesting than the arrival… but I honestly don’t like Light. I mean Aralt, one of the antagonists, calls him a baby… but he’s not wrong. Light’s whole “rebel without a clue” schtick is dull – and he makes a big point about vampire originality but his chosen clothing for 50 years is the Rocker outfit he stole off one of his victims without any real investment in the lifestyle or culture that goes with it. That’s the very definition of a shallow conformist! He listened to music because he liked the music – but there was no sense of what that music meant to him or if it had meaning at all beyond the fact he liked music. His rebellion comes down to not wanting anyone to tell him what to do, stealing shit even when he has the money to buy it and just wandering around not doing a whole lot except having sex. That’s not “rebel”, that’s “lazy slacker”.

Don’t get me wrong, there are some excellent moments here. Light’s conflicted relationship with his creator Ruby is quite fraught and layered (but becomes tiresome towards the end where, yet again, I find myself agreeing with Aralt that he needs to actually sort his own stuff out and not being so desperately co-dependent). Ruby’s exposition of her past, the misogynist Elizabethan culture she came from that traded her as an object and how excellently vampirism saved her and liberated her… but then Aralt appears and she seems to lose all agency altogether! Why make that excellent point of her past and not develop it at all? Light’s relationship with his lover was poignant and desperate towards the end. The depiction of vampires was certainly interesting – but the over-elaborate writing just made it so clunky.

In terms of diversity, I can’t remember any meaningful POC, which is depressing considering how much of this took place in London of all cities. We do have a bisexual character who exists to catch lots of homophobic slurs and to be predatory towards Light, a straight man, who definitely doesn’t want Donovan groping him. Predatory bisexual – who is also a pretty ineffectual hedonist doing pretty much nothing. This is not good inclusion, not even close

On top of all this, there’s another unfortunate part of this book that nearly drove me to DNF it so many times. The language. Oh gods the language. Light has one of the worst Dick Van Spike accents ever – and this whole book is written in his voice. Eyes are mentioned repeatedly, Light really likes to mention eyes – but he refers to them as “Peepers” every single time. Peepers. Heads are “nuts”. ALWAYS. Noses are “nebs”. Faces are “mush”.  Women are “bints” or “birds.” It’s awful, it’s like someone fed a cockney hallucinogens, beat him soundly around the head and then made him recount this book. It’s painful. I feel slightly impressed that I managed to drag my way through it.

Also, why "blood dragons"? And why the cogs on the cover? That screams steam punk