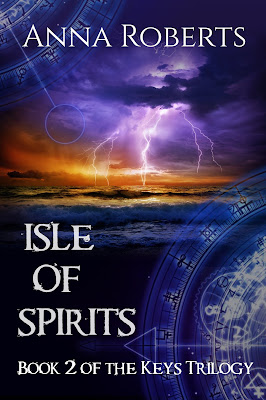 Blue has had a whole new world shown to her – a world of werewolves and magic and witchcraft. She has come into this world just as the entire world seemed to fall apart.

With Gloria, ancient witch matriarch who held most of the Keys together, now a wolf and not really talking. Northern Florida is overwhelmed by swamp wolves with a habit of cannibalism and the aging werewolves are facing their own personal fears

I continue to love the unique world setting of this series and this book really does bring it home especially in relation to the curse of the werewolf. More and more we see werewolf-ness as generally being a useful thing for characters in most Urban Fantasy books. You get super healing and strength, complete control of your animal forms and often a metabolism which allows you to eat all burgers all the time without putting on any weight. But here we have a very different story – we have werewolves who are literally monsters in animal form and legitimately terrified over what they may do (and upset over what they have done). The change is depicted in a truly horrific, agonising manner making to clear every month this is something to dread and desperately prepare for.

We see with “elderly” werewolves a sincere concern over their health and eating correctly because each change could be their last and if they’re not looking after themselves it may be too much for them to handle. We see the horror that any of them may suffer when the change can go wrong – from when the change WILL go wrong? Because it is an inevitable which leads them all to consider if this will be the day they commit suicide or if they can trust their friends to kill them.

And that old age is 30s – because changing every month is killing them. It adds to the underlying tension and pain these characters come from and which characterises their lives.

This is the excellent foundation for everything the characters do. Their desperation, their fear, their lack of hope for the long term, the defeatism of Grayson, the avoidance of Gabe, the immaturity of Eli and even the bitterness of Charlie all comes from this excellent foundation that underpins their lives. They’re werewolves – and that means nothing but terrible things especially now that Gloria, who was a pillar of both stability and safety in their lives even when she was suffering from Alzheimers, is now no longer involved as they all are reaching a dangerous age.

This is what underpins the story. In fact, I actually think this may be the story since it’s largely the characters adapting to this situation, living in it and trying to deal with the issues that arise from it

My main issue with this book is the central part of it. No-one really knows what is going on, everyone is kind of sad. Blue is at wits end not knowing what to do about Gloria who is a wolf and trying to understand magic, grasping what it means to be a witch. We have Gideon who is very sad because of the inevitability of werewolf death and the trouble with keeping a job. Eli is… Eli. Sad and mopey and having health issues. Charlie is mopey and sad facing his own health issues

Ruby is kind of around involved… I guess.

But my gods it’s a slog. Powerful – but a slog. Kind of like completing a hike through a particularly bleak moor – it’s powerful, it’s emotional, it difficult and faintly rewarding but still bleak, hard work and grim.

We do have some really excellent introspection into class and race. Our protagonist, Blue, is a Black woman who works as a cleaner in a holiday resort. She has some excellent lines throughout the whole book drawing on things like the privilege people around her have; how some of the wealthy white men around her have never faced any kind of real set backs. How poor people, POC etc are so often completely invisible and easily forgotten and dismissed. There’s an ongoing commentary throughout the book that is really well done in keeping these issues as a constant awareness of the character’s experience. It’s excellent how we don’t need repeated overt speeches just to have the ongoing awareness that is so powerful.

We have 1 gay character who spends much of this book being, well, horrendously abused and tortured and subject to constant hate speech. I’m very surprised – pleasantly – by his ending but my gods this man’s storyline is suffering on top of more suffering. And his tormentors are clearly awful people and there’s definitely no excusing or support for the abuse. We have 1 moderate character who is revealed as bisexual at the end of the book – this character is odd in that he looms over the plot but is rarely involved in it due to incapacity for much of it. We have another bisexual character who is identified as such by a couple of references but she’s probably the most important actively involved woman in Blue’s life

Which is something of an issue. With Gloria stuck in wolf form and Blue surrounded by male werewolves and those male werewolves themselves largely bouncing off each other we don’t have a lot of women here. Especially since we have Blue trying to learn how to live among werewolves which is kind of not too far from “woman deals with lots of men’s issues”. The plus side is it’s well done including Blue being clear when she just has no damn time for these people. We have Ruby – and I appreciate that Ruby is quite humanised because it would have been very easy to make her a villain or a problem since she’s fairly at odds with the rest of the cast. But she isn’t – she’s a character with very different goals and motivations to the other characters, but that doesn’t make her evil, incapable or wrong and the book is good at displaying that.