Once Upon a Time, Season 6, Episode 12: Murder Most Foul

First plot line this week is David and Killian. David has been running around all sleep deprived, hallucinating about the ghost of his dead father and resisting bringing Snow out of her curse so he can obsess over this

It’s possibly you will remember that the Evil Queen showed David that his father didn’t get killed while drunk and showed him his dad’s lucky coin as proof.

This means lots of focusing on David’s past. Which I’m sure everyone is super eager to be part of.

So way back when David’s poor poor family had twins but couldn’t afford medication when they both became ill. Rumple shows up with medication and offers to save one child in exchange for the other to offer King George who is in need of a spare heir

They accept and this is how evil twin David goes off with King George while sappy twin James stays with the farmer and becomes the fluffy tiresome Charming we know and loathe. His dad became an alcoholic, possibly in response to losing his child, until he heard that king George was looking for James: he’d been abducted. Dad decides to make things right by going to grab the child they lost. I appreciate the sentiment but if you’re a self-admitted useless dad to one son, I don’t think adding a second son to the mix is going to do much more than make you twice as poor a father.

In the modern world this is where Killian and David team up to try and find out what happened to his dad for the 3 members of the audience who care. Killian has another motive – he wants David to approve of him because he intends to propose to Emma; he’s worried that David doesn’t accept he’s changed, still sees him as an evil pirate and generally isn’t good enough for Emma

Ok conflicted feelings. I get Killian want to prove to David – well, to everyone, but especially the Charmings since they’re held up on the pedestal of goodness (except that whole sacrificing of babies things – NEVER OVER THAT GUYS!) and acceptance by them is like an official seal on Killian’s redemption. I can also understand him wanting to be accepted by Emma’s family, that’s natural. But this whole “father’s blessing” is such patriarchal bullshit. There’s no sense of needing Snow White’s Blessing and she’s the Purest Baby seller of them all. Never mind that Emma is the same age of David or he wasn’t there for any of his childhood and barely. Never mind that Emma is a person.

I just loathe this trope. And I don’t care how old fashioned Killian is, Killian knows Emma. He knows better

So Killian follows David around trying to prove he’s good and redeemed – which David keeps delivering gut punches by telling him he needs the amoral pirate which is why he turned to Killian. Ouch. He even has Killian lie to Emma so he can steal some spell supplies. Ouch, double ouch.

Using magic (ineptly) and interviewing August for memories from his Pleasure Island days – they get Daddy Charming’s history. He went looking for James, refusing alcohol when offered, until Pinocchio (as August was then) led him to James who had run away because he didn’t want to become a knight. Daddy Charming tries to bring him home – but is intercepted by king George. He pleads for his son – and George arranges for Daddy Charming to be taken into the woods, covered in booze and murdered to look like a drunken mugging. James ends up back with George.

David decides to go for a full revenge on George, wanting to stab him to death (he’s currently imprisoned in Storybrooke) and Killian desperately tries to stop him – for the sake of his family, his legacy and because of Killian’s hard lessons about revenge not being healthy. David briefly restrains him but eventually Killian stops David becoming a murderer and saves George

David is pretty devastated – because his dad was a good man, who resisted temptation, who did everything right and he still failed. It wasn’t enough to win the goal.

And now to the endless heartbreak that is Regina. She has her Robin but she’s beginning to doubt what that meant. Mary Margaret points out to Regina that she has no idea who this Robin is, he could be anyone.

I agreed with Snow White.

They follow through other conflicts – like telling Robin about the baby this Robin has which he doesn’t (Zelena is especially troubled by this stranger swooping in and claiming parental rights over her baby – though Robin doesn’t seem that bothered) which Regina insists on telling him in the name of honesty. She also stops him from murdering the Storybrooke version of the Sheriff of Nottingham. Regina has to talk him down from murder in the name of revenge. This is a very different Robin even as Regina also has to explaine she was totally in favour of dangerous magic and evil she’s now on the path for redemption and it’s awesome.

And he kisses her

Tragically it means nothing – she describes it as kissing a statue. Snow White was right 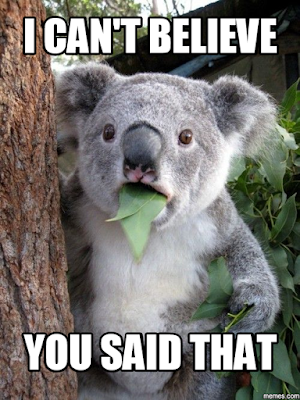 It also means Regina has yet again not got her happy ending. Worse Robin steals some dangerous artefact from her so he clearly has nefarious motives. Why can Regina never catch a break?

Y’know, it occurs to me that this episode with David hits some of the most annoying things I hate about the Charmings directly. Like David saying how much he needs Killian to be the pirate: how long have the Charmings existed while people around them do the grey areas and they stay ready to be so pure that taking down an enemy causes them to take to their beds?

But what especially annoys me is what David says to Killian after Killian stops him killing George – that his father was a good man, resisted temptation and it didn’t work. He didn’t get rewarded. And that sums up Charming goodness in a nutshell: they get paid. They get the shinies from being good. The whole philosophy of the Charmings, being good, hoping, expecting nice things, being so damn PASSIVE and expecting goodness to just shower rewards on you irks me no end. It’s easy to be good when you know you will get a pay off for it. This is why I’m so much more invested in the redeemed villains in this series – because they’re not going to get rewarded (see Regina AGAIN) and generally I hate redemption storylines; but they know they’re not going to get a pay off but they’re trying to be better people anyway. The Charmings are good on the understanding they will be rewarded for it, because that’s the RULES in their world. You’re good. You endure. Any bad stuff you experience is temporary. Your reward is inevitable. Good gets a payday when you’re a Charming. David can barely even concede of a good person not succeeding because he was good

David is a grown man who has only just realised that the World Is Not Fair.