Time for the epic

First point which comes quickly from Tyrion and is picked up by Daenerys is that they don’t want to launch an all right assault, unleash the dragons and reduce everything to ashes. She actually wants to have a people to rule after this and not a whole load of more massacres.

Which brings us to what for me, was the most awesome part of the entire show: Varys and Daenerys. And I am waving the Varys flag here.

See there’s some unresolved issues between Daenerys and Varys. Varys served her father - and then betrayed him and served Robert Baratheon. And then was behind her marriage to Khal Drogo to try and set up Viserys as king (betraying Robert) and then tried to kill Daenerys at Robert’s command

They have history. While Tyrion repeatedly tries to speak in Varys’s defence, Daenerys points out that Varys has a major loyalty problem. What kind of servant is that?

“The kind of servant the kingdom needs. Incompetence should not be rewarded with blind loyalty”

And that’s just his opening line because Varys is on a role - yes he will betray the king because he is loyal to the people. And if you’re a cruel and terrible king (like her father) or an incompetent indifferent king (like Robert) then he will replace you for the sake of the people and the Realm. He’s not a noble or aristocrat, he grew up in the gutter and it is to the people he is loyal

You have Varys’s loyalty when you deserve it. And a knife in the back the second you don’t.

Daenerys seems to accept this - making him swear if he ever thinks she is not serving the people that he should say it to her face… but I notice she doesn’t promise to take note and she does promise to burn him alive if he betrays her.

We also get the return of the Red Priestess Melisandre, still spouting prophecy but not aas confidently as before. She advises a big pinch of salt after her debacle of Stannis (though while Varys tries to rub her nose in it Daenerys notes that she’s decided to “pardon those who serve the wrong king” with extra royal side eye. Royal side eye is an important skill for any monarch) 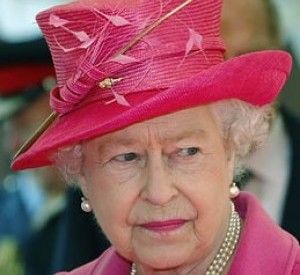 Her prophecy is about a promised ruler (since the noun is non gendered in Valaryian) who will “bring the dawn” and also links her (and her dragons and dragon glass) with Jon Snow. I wonder how. 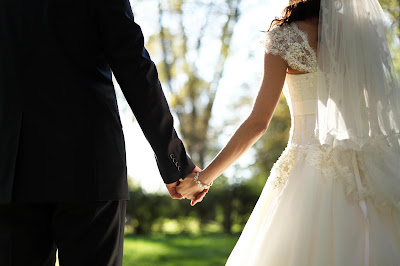 She decides to send a letter after Tyrion also speaks up for Jon (and wants to be best man). She also demands he bend the knee. 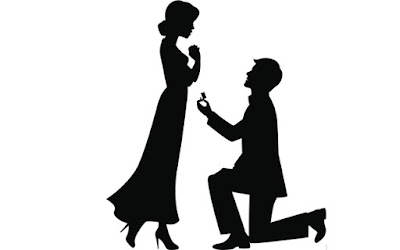 She gathers her advisors - all of them. This includes Yara from the Iron Isles, Ellaria from Dorne and her supreme awesomeness, Olenna from Highgarden. There is much snarking (Olenna is in the room) but ultimately everyone is impressed with her plan: the Tyrells and Dornish siege Kings Landing therefore dispelling the idea that scary, dark-skinned, savage foreign types are invading, with Yara using her ships to transport the Dornish. While Grey Worm takes the Unsullied and brings down Castlery Rock, smashing the Lannister’s power. It’s extra powerful that Tyrion describes this plan helping to assuage any doubts people may have about his loyalty (though he and Ellaria have issues over Mycella’s death)

It’s a good plan and gets lots of approval - though Olenna does hang back to add her own advice: people are stupid, she’s outlived all the smart men, and aristocrat or commoner, they need to fear her, she needs to be the dragon. I don’t know how much of this is wisdom and how much of this is bitterness because Margaery did play the game of being the most popular monarch around - and still died.

Grey Worm and Missendei also have a beautiful goodbye scene - and sex. And I’m glad they acknowledged that a eunuch can still be a sexual being, I’m glad to see their pleasure and love in each other, I’m glad to see them together - but I’m not invested because this show hasn’t really given either of them enough build up as individuals or as a couple to establish them as characters.

Where we begin to see some of the opposition building against Daenerys and how it isn’t going all her way. Basically that “evil savage foreign invader” line is a tempting one for the people of Kings Landing. Also, Daenery’s father has a long reputation - and word (albeit incomplete) of Daenerys’s own atrocities (mass crucifixion - albeit of slave owners) has also reached Westeros. Cersei uses all of them to try and sway lords to her side - including some pledged to House Tyrell.

Chief among them Lord Tarly (Sam’s father), a notable general of great repute. Jaime personally appears to him and his sense of honour and greed (setting him up as the next warden of the south). He doesn’t accept but I bet he will. I also bet at some point in the future Sam - or something Sam makes - will kill him.

More troubling, Qyburn has invented a ballista - a weapon which is capable of killing a dragon (I’m going to say yes it’s powerful enough but it’s going to need to be mounted on a very moveable platform if you want to hit a flying dragon with it).


In the North
Jon receives word from Tyrion - and a little call back to season 1 to prove authenticity, about Daenerys’s offer to talk. Sansa is super suspicious, despite trusting Tyrion and thinks it’s a dangerous and fool idea. But when Jon gets news from Sam about Dragonstone having a mountain of dragon-glass (anti-white walker weapons) and Davos painfully figures out that dragons breathe fire which could be quite useful against the army of the flammable dead.

Sansa still says no - Daenerys wants to rule the seven kingdoms - that will include the north.


Several lords speak up about how they’re not happy with their lords heading south and ending up dead. Even Lyanna speaks up in opposition. A lot of people also remember her father the Worst King Ever and are even more suspicious. How can they trust the daughter?


But Jon, while not the brightest or most sensible or most cunning of rulers, is damn charismatic and has some awesome speeches. Even when basically saying “we’re all fucked, the white walkers are going to kill us all twice over” he makes it sound inspiring. Basically they need allies and fire and dragonglass, without them they’re dead anyway.

There’s also a scene where he indulges in a little Petry strangling to discourage him from going after Sansa. Honestly i think Sansa has Littlefinger exactly where she wants him.

Yara is sailing to Dorne to pick up the soldiers (or sailing back with the soldiers?) and flirting heavily with Ellaria (while also going to bat for Theon - she won’t stand Ellaria mocking him or treating him as a servant even as he is clearly too downtrodden to speak for himself) and doing way more than flirting (which is nice that this isn’t forgotten, but also has a little edge of “the two bisexual characters in the same area must have sex” which you get. I mean, are there two people less alike?) and then all hell breaks loose

Euron and his 1,000 impossible ships (no, really, you don’t just build 1,000 ships in the medieval period unless the Iron Isles have, I don’t know, Santa’s toy making elves hanging around. This is impossible) attacks (where’s your look outs, Yara)

Lots of fighting and everything goes terribly. They fight well but 2 of the Sandsnakes are killed by Euron himself (hey, shitty weapon for close range ship combat? A whip), Ellaria and the third captured, Yara is captured and Theon decides to run way. Yes this could be sensible in the face of overwhelming odds but I think it’s more him just being this broken and scared after Ramsay. I get the feeling people are going to judge him - but let's face it, Theon is suffering from a horrendous, appalling case of PTSD - he has been broken on a horrendous level. No, he isn't going to be courageous in the face of capture

In any other show I would say this is setting Theon up to rescue his sister (and maybe Ellaria), kill Euron and be the hero. But Game of Thrones tends to be less… fluffy than that

This may also remove most of Dorne from the storyline and I’m kind of annoyed that I’m not annoyed. I mean, the only one of the seven kingdoms that has gender equality, people of colour, open bisexual characters and a very different culture? I should be loving these. But they’ve been nothing since the moment they were introduced and since Ellaria took over have acted with nothing resembling intelligence. The Sand Snakes may as well actually be snakes for all they are personified and they whole lot of them just feel so… pointless. Dorne is the kingdom of vastly wasted opportunities to the point where removing them just gets rid of the pointlessness of them all and stops mocking us with what they could have been

Sundries
Arya! She is heading south when she happens to run into her old friend Hot Pie - though she isn’t hostile to him she’s not exactly warm and fuzzy either. It shows just how, well, dead, Arya is.

Until he tells her that the Boltons have been defeated and Jon is the king in the North. She has family - actual living family again and her joy is amazing. Super excited she starts heading home: which is so major to her, revenge has been replaced with reuniting with her family. That’s such a shift for her

On the way she is nearly attacked by a pack of wolves led by a massive Dire Wolf, her Dire Wolf, Nymeria. Arya tries to convince her to come with her North, but the wolf leaves with Arya’s parting words “that’s not you.” I think this is symbolic of how they’ve changed. Arya isn’t the child she was returning north any more than Nymeria is the pet she was when she came south.

In the citadel, Sam and the grand maester examine Jorah and his Greyscale - and the Maester declares it completely incurable and how Jorah is doomed to die horribly and needs to be exiled. He’s not cruel, but he isn’t sappy with sympathy either, he’s very professional and respectful

So Sam decides to risk his life on an awful, experimental cure for Jorah. Why would he do this? Well Jorah is a Mormont, son of the last Lord Commander of the Night Watch: Sam feels some loyalty to him.


We opened this episode with Varys and Tyrion begging for a way to win, end Cersei’s reign with minimum casualties. For this war not to mirror the carnage of the previous wars, to have one united force and one quick victory with as little blood spilled a possible. With so much stacked against Cersei, it seemed possible

And we end the episode with no real guarantee of victory and certainly a promise of bloodshed to come. With Daenerys’ fleet taken out of the equation, apparently along with Dorne, a lot of forces have been lost including having no naval advantage. We also have Westerosi nobles moving to Cersei’s side because of racist and xenophobic fear of the Dorthraki and Unsullied coupled with long memories of Daenerys’s father.

Then there’s Daenerys - by demanding Jon bend the knee rather than ally she puts him in a position of capitulating - and risking an uprising in the North, or refusing and being another disparate faction.

A low-slaughter victory is no longer on the cards. Though marriage may make it easier.