Clary now has visions nightmares because she isn’t special enough. And she needs more sexual tension with Jace.


She’s also all torn up about leanring her brother Jonathan is actually still alive! Yay! But he’s also been injected with demon blood which is probably not good. He’s also been raised by Valentine completely alone who is super duper evil. Therefore he’s probably Made of Evil and terrifying and we should stab him repeatedly


So Clary wants to find him and hug him.


Because Clary’s logic train doesn’t so much derail as it does spontaneously combust while carrying nuclear material.


Basically, whatever the worst possible decision you could make in a situation? That’s what Clary does. It is known.


Jocelyn kept a box of baby keepsakes for Jonathan but disguised Jonathan/Sebastian has intelligently raided it to make sure they can’t track him. How very forward thinking of him.


Alas this means we have to track in on Jonathan and Valentine- and it appears that Johnny boys issues have grown exponentially with Valentine around (which makes sense since Valentine is pretty much the source of all of his issues). His desperate need for validation and family and to be seen as a hero or a good guy are yelled out and Valentine desperately has to tip-toe around his raging dangerous super powered son to manipulate him


First they’re trying to get Cleophas, Luke’s sister who fell off the planet but is apparently in Valentine’s custody, to fix the Genocide Sword - which she can’t do (this would mean undoing Clary’s work and she is the total bestest). His mind control serum (of course he has that) isn’t working well on her because Iron Sister Mojo. this also allows her to send off a fire message, but not escape. She also takes the opportunity to taunt Jonathan and say how Clary is so special and smarter than he will ever be.

So Valentine resorts to plan B - if you have the Sword the Cup and the Mirror you can do badass cosplay. Also you can summon the Archangel Raziel and ask him for whatever you want. This would be bad.


Since they have the cup and the sword they now need the mirror. Which means beating up a warlock called Elliot who apparently knows where it is. Elliot uses inefficient magical suicide rather than tell them where the mirror is. Really, Valentine and Jonathan just kind of watch him chant a like 5 minute death spell and all they can do is yell at him.


He doesn’t actually have the mirror, he has a sigil on his arm which shows the location which now vanishes.


Clary: ZOMG THE CLAVE LIED! I AM SHOCKED! SHOCKED!


Well that little symbol of Mirror-finding zapped to Dot’s arm (another subservient warlock) who goes to Clary to say how Elliot may be in trouble. She has faith in Clary because YE GODS WHHHHYY?!


They go check out the murdered Warlock, Elliot, who was apparently a big friend of Jocelyn’s and Clary’s despite never being mentioned before. This is also how he knows where the mirror is. Because Jocelyn had all the mortal instruments somehow. This is never explained, it’s just known
Also the woman who was a member of the Circle and Valentine, nazi-in-chief, had a whole lot of warlock friends. Do all warlocks have terrible self-esteem issues which makes them cosy up to people who regard them with contempt?


This would explain Magnus


This logic train is… Clary.


Jonathan in disguise shows up at this point and is all angry because Jace points out the evil blooded evil raised evil guy of evil just evilly murdered people while working for the evil boss man. Evil.


While Clary is still sure he can be redeemed. Annoyingly, Clary’s desire to embrace the serial killing monster is contrasted by the fact Jace totally worked for Valentine last season with minimal manipulation and is now considered a good guy


By people on the show anyway. Me? Nah, it’s pathetic that everyone forgave Jace for this bullshit.


Back to Alec and we have some interesting interactions - Alec rejects Jonathan’s help because they’ve already had their security breached once and no-one actually knows this guy. He also tries to tell Dot “hey when we find the mirror it totally belongs to the Clave!”


Dot: Fuck you, Fuck your Clave. I trust none of you


YAY go Dot! A warlock with self esteem

Meanwhile Jonathan goes back Valentine to rant and rave that Jace is turning Clary against him and she must love him SHE MUST LOVE HIM!!!


Clary is actually out-stripping Elena in having everything centre around her.


He also decides to go to Clary to totally comfort her for losing friend-we’ve-only-just-heard-of and announce how he’s totally there for her no matter what. And he tries to kiss her before she nopes out.


Using Dot, Jace and Clary go looking for the mirror and Jace also says he’d do anything for Clary (love triangle time! Between Clary, guy she thought was her brother and guy who is secretly her brother).

They find the mirror - or a golden disc anyway which is apparently the mirror. And Jonathan arrives, all raw and demony, throwing Jace and Dot around and Clary decides to bond with her brother because loooooooove and siblinghoooooood and incest love triangle


Dot decides she’s had enough of this nonsense, opens a portal and throws Clary and Jace through with the mirror, confronting Jonathan alone (is there a reason she couldn’t have used the portal?). This is an act of epic self sacrifice. Or she’s embracing death rather than be part of this ridiculous storyline one second longer.


Clary looks in the mirror and has another vision because she needs more woo-woo and specialness.


Time for side plots.


So the annoying Max is being trained by Izzy and is now old enough to go on missions. At 12. Izzy says hell no to her baby brother going to fight against demons before he’s even hit puberty.


Alec overrules this on account of Shadowhunter culture totally being in favour of dead kids. Ok I can almost buy that because he’s been raised in this toxic culture. But Simon (helping Max train and being all adorkable) also tells Izzy that while he’s not a huge fan of child soldiers, child soldiers are totally a Shadowhunter thing and she should totally get on board with this.


This means Simon and Izzy spend a lot of time together and Izzy finally meets Maia for the first time. She assures that Simon should totally get with Maia because she’s into him - but he’s backed off because he did and she said no and he’s respecting that no


Izzy is not here for men respecting women’s boundaries. If she said no it’s not because she doesn’t want Simon, it’s because some other issue is involves! No doesn’t mean No!


Izzy, have a word with yourself. 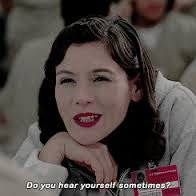 Simon thinks this is a bad idea because also she wouldn’t know because she’s never been rejected being hot while he totally isn’t. And we’re still doing this? Is this show still pretending this guy is not hot? Ok Alec and Magnus are hotter but still 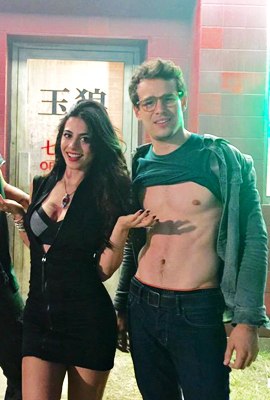 So Izzy goes to Maia and is all “I just met you but I feel totally justified in interfering in your relationship and judging your decisions!!”


Maia duly objects to this - which is good. Before deciding to go along with it and bing, Maia and Simon are dating. They’re taking it slow though because Maia lost control and ate her last boyfriend (I’m assuming here)


Let’s check in on Magnus and Alec - who have a romantic dinner and kis and --- 2 minutes of relationship no distraction! Are we finally going to develop this relationship? YAAAAY….


Magnus: The Seelie queen says the Clave are all liars who can’t be trusted but I said you’re special and we can always trust you
Alec: *doesn’t tell him about the Clave losing the Mortal Sword*


Hah, you thought it was a relationship moment again? Nope - Malec doesn’t exist. There’s only the eternal Cockblock with these two. They slowly orbit together and then something rams them apart.


Remember that fire message Cleophas sent Luke? It was that Valentine has the soul sword. Luke then tells Magnus who insists there’s no way Alec could have known because he loves and trusts him


So Magnus goes to Alec to find out - actually Alec totally knew about the genocidal monster who hates his kind has the weapon of mass destruction but didn’t tell Magnus because… uh ooops? He didn’t want to make Magnus decide between his kind and Alec. And how he’s totally making it alllllll waay to personal. This serial killer who wants to kill everyone like him


Magnus is furious and finally done. And while I loathe all the cockblocking of this non-relationship, I am glad that Magnus is finally not being a doormat. Luke is still drinking the Shadowhunter Koolaid but Magnus thinks they need to tell the Seelie Queen - since she’s the most powerful Downworlder


And finally - Max shows off his tracking talent by tracking Jonathan. The actual Jonathan. So, either he’s exposed Jonathan or is about to be minced.