Teen Wolf, Season 6, Episode 11: Said the Spider to the Fly 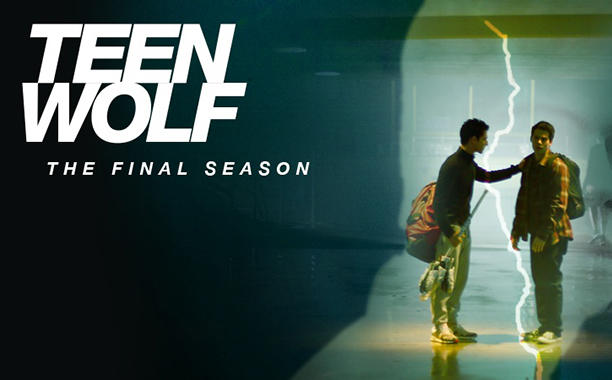 
Yup, this whole episode is covered in lots and lots of passing the baton on to Liam the oh-so-apparently-special? I don’t see it, I’ve never been a fan of the B team. I’m not saying they’re TERRIBLE, but they’re also very very very much the B team. I actually think that Liam in particular would have had a much much much better chance of being a decent, interesting character if he didn’t have more DESTINY thrust on him than a middle-rate high fantasy hero.


Which begins from the beginning at Lacross with Scott now assissatant coach with actual Coach being absolutely hilarious as ever - while Liam is moping and moping because Hayden left and everyone is leaving and going to college and waaaah. Mason and Corey are there to support him - hey did you think Mason and Corey being a couple would give them their own main presence? So far it looks more like Liam gets an extra sidekick


Scott isn’t particularly taking this seriously as he wants to leave town and head to college so is desperately dredging up rational explanations. Malia is even less willing to help - she is going to Paris and has no intention of being dragged into anything else.


We also have lots and lots of rats being creepy and scary and forming a rat king. Mason and Corey again take this to Malia who declares this not her problem. She’s going to France. This is THEIR problem now. They even take it to Melissa who does not want rats in her hospital very much.


Which seems weird because the taser isn’t powerful enough to really hurt him and we’ve met at least 2 other monsters which are pretty electricity proof.


Melissa, instead, has lots of potions and herbs.


Lydia also worries about her mother, the headteacher, but she’s less worried about her safety than she is that someone be aware of the supernatural people in the world - and the supernatural kids in the school. I think this is a good insight into both Lydia’s compassion but also the nature of a Banshee - a being that is about seeing the dead and trouble other people face. But Victoria Martin is clear - with Lydia thousads of miles away, this is not her problem.


Time to visit our least favourite mental institution, Eichen house, where another supernatural has been imprisoned but not very efficiently. Bursting through the frozen cell and the volcanic stone he’s encased in, Halwyn, the Hellhound bursts free after being locked up for 100 years.


We’re also introduced to Tamora, the new guidance counsellor who seems to know a little bit about the supernatural the teens face


At the hospital there  There’s a police call and Halwyn, the hellhound has shot the dispatcher so hears where Parish is.


There’s visions and hallucinations and definite woo-woo between the two of them. It also seems to revel in the pain and heartbeats of everyone around them - but is most distracted by Liam. He hears Liam’s heart when Liam nearly loses control and tries to attack him - only a closing lift saves Liam


Back to Lydia and we have eerie Banshee visions of spider web, shadows, screams, combat and gunfire and clear words.


“You were supposed to ride with the hunt forever”


Clearly there are consequences to destroying the Wild Hunt.


To late night study session at the school


And ye gods ye gods why would ANYONE go to this school at night?! It’s the most evil woo-woo school ever.


So of course Liam and Mason decide late night studying is on (though ominously all the books on cryptic mysterious monsters have been checked out). Halwyn is in the school - and so is Parrish


Hellhound vs Hellhound and more ominous speeches-  Halwyn is hunting for something that got away. Something they let out must be stopped and if the Wild Hunt can’t keep you nothing can. (in case we missed the whole thing about the Hunt, we’re not being subtle)


Hellhound fights hellhound - and Parrish clearly isn’t up to it. He loses. So Liam steps up and… wins…


Really? Because last I checked Scott had trouble against Parrish who was clearly less of a hellhound than Halwyn.


Halwyn leaves and enters the woods - and is followed by Tamorah, with a gun. A gun with special bullets.


Lydia, with her visions, goes to Scott and is clear that they can’t leave because something super big is coming and they were sort of responsible - between them they also guilt Malia as well (she is so not happy but of course she comes).


Lydia, Scott and Malia go to find a hellhound due to what has got out they decide a hellhound is what they need - but they arrive to find Halwyn dead, shot with a bullet. They’re surprised since hellhounds normally are hard to kill - but when they extract the bullet they find a fleur-de-lys on the bullet


And Lydia reveals the rest of what she heard in her vision: the sound of people who have never lifted a hand against another human being killing each other. That is definitely ominous. They then add that doing something as powerful as escaping the hunt means there’s a price. Honestly I think this episode has repeatedly made gloriously perfect ominous statements and then ruined it by doubling down. Less is more


Also Stiles is now interning with the FBI - where he learns Derek is being hunted for murder. I thought Stiles was going to end up playing a very minor role this season... but maybe not