The Strain, Season 3, Episode 5: Belly of the Beast

The Strain is still suffering from having every character everywhere which is a bit of an annoyance. Bring the team together again - you can see how bad this has become for The Strain that I think many of these characters are just completely disappearing from the story entirely. Which is a good thing with Zach.


So Ephraim and Alex find an abandonned town which they find suspicious because there’s no sign of a struggle so presumably no vampire slaughter. Thankfully they find a phone left out in the snow with a suspicious amount of battery life left (I will believe in vampires. I will not believe in a smart phone that holds its charge for a full week) which basically explains that everyone has left to go to the Partnership’s new super farms of awesomeness


I am completely bemused by how many people are falling for this. Entire towns are buying this


After an awkward night in which they heavily foreshadow Alex and Ephraim getting it on, the next day they find a survivor who says that the farms made huge promises but gave her a creepy vibe


She’s also losing her hair which may be due to turning. Or possibly radiation poisoning.


Here ends their plot line - evil farms are full of evilness which is evil.


Eichorst drags her out of her cell so he can play civilised. Dutch calls him on the pointlessness - he won, why bother with the make up and suits (because he’s a main character and the make up department doesn’t want to have to do full noseless vampire every time). But Eichorst is doing it because he’s better than the average vampire, the chosen one with free will and ability to speak to a tailor. That sounds pretty awful to be honest - I mean the only person in the world capable of an intelligent conversation. It’d be like spending your whole life at a Brexit tally


Eichorst wants something from her- Abraham, his nemesis. And Dutch mocks him because Abe is probably already dead since he was brought in at the same time as her. Yes his whole massacre machine has denied poor Eichorst of his petty revenge


Of course Eichorst doesn’t accept this and charges to Desai and demands his data to see if Abraham is still alive - he is! Of course he is! Go plot armour! Eichorst goes to mock and taunt him, demanding Abraham admit his god doesn’t exist so he can die quickly because, as Abe points out, he’s super super petty.


Which leaves Dutch in a room with women due to be “processed”. Which includes having their heads shaved - Dutch realises they’re going to be drained, including one of her friends/allies from the breeding camp. Galvanised to action she screams the truth to everyone - the evil vampires are evil and doing evil things and eating babies. 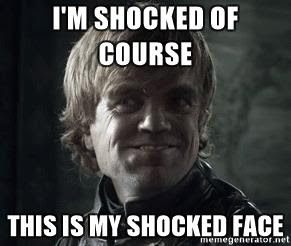 The women rise up and, easily outnumbering the collaborators and being super super pissed they start massacring. Oh we needed to see that. Leaving her friend to lead the women to freedom, Dutch goes to find Abraham (someone must have left her a map or something) and carries a fire bomb


Eichorst burns. I wish I could say I believe he was dead but… we know he’s not dead, right? The plot armour is strong with this one. But I do hope Dutch is the one who kills him. And Abe is back in the game again!

Now we get to go to Vasily, Charlotte, Quinlan and Roman hunting their nuke bits - which is a problem because strigoi and collaborators are already stealing all the parts. Quinlan continues to be snarkier than usual, trying to play lone wolf, all the more snarly because of his recent near death experience


The bad guys have now recruited some whole new kind of strigoi called Mongrels - more dangerous because of extra woo-woo. This makes the whole ambushing the convoy more of a challenge (one is almost a match for Quinlan) but after some final action scenes they finally win.


But they lose their minions. They only joined the fight because Charlotte lied to them about lashings of silver up for grabs. Unsurprisingly this backfires and the mercenaries are ready to shoot them in the head - a straggling strigoi kills one and they run. So that’s the minions duly dispatched so they’re no longer hanging around. Bye bye extras.


They have their nuke - and the action scenes are cool (Quinlan is effortlessly cool). But this whole scene seems to be about Quinlan having a flashback to Victorian London where he kind of fell in love with a woman
She sought him out because she wanted a cure for her twin brother’s syphilis. He can’t actually turn anyone so instead became a long term house guest, marvelling at the woman’s compassion, being accepted in her family and having blood-drinking sexy times. She also played with make up and make him look human before hand. The key moment to me is, at the funeral of her brother, her daughter actually holds his hand looking for comfort, which is how close he is to the family


Ooookay? I guess? I mean Quinlan isn’t entirely heartless? Is this trying to tease a relationship between him and Charlotte? I’m not sure what the point is? More Dutch and Abe. More awesome fight scenes. Less angsty vampire.