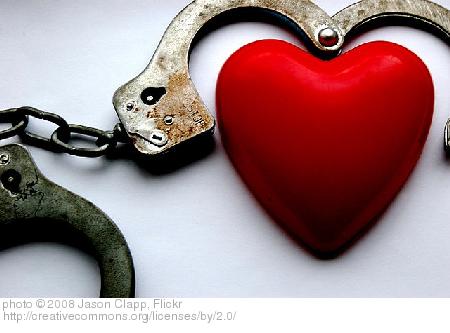 One of my favourite tropes will always be the Anita Fug, which has always amused me ever since we first noticed it. Let’s face it, sex, if done vigorously, often leaves you sweaty and often covered in other substances as well. If you don’t clean up, there’s going to be a smell issue. Laurell K Hamilton’s Anita Blake has sex a lot in the books. And in a lot of places - including many places that preclude cleanup. Off the top of my head I can recall her having a threesome in the car before returning to a concert, having sex in her office (that left her sopping wet to the knees and left a stain on the carpet) before going back to work and numerous occasions of her just chaining sex on sex on sex on sex. Let’s face it, she’s not exactly going to be fresh after all that - and I can’t help but read the rest of the book imagining the smell.

Of course, while Anita is certainly the worst offender, she’s hardly the only one (after all, several members of the Black Dagger Brotherhood get their jollies on in the bathroom and sure they wear leather, but the smell still clings) and there’s a lot of Paranormal Romance characters wandering around being all kind of fugly.

Speaking of the erotic, all of this lip biting has to lead to somewhere doesn’t it? The one thing about paranormal romance is that no one ever suffers a sexual dysfunction. You pick the body part and it’s engorged, ENGORGED I say and of course when these engorged parts come together, (note always a penis and vagina because everyone knows that gay men and women only kiss briefly before the camera fades to black) there is the earth shattering, world changing, volcanic eruption, releasing enough wetness to turn the Sahara desert into an oasis. With all the wetness, scratching, clawing, and screaming (yeah, cause screaming like you’re being murdered, doesn’t imply pain) the orgasm takes a hold with such a force that one is left with no choice but to pass out. Apparently passing out during orgasm is customary in Lyndsay Sands world. I have to be frank, if my lover started screaming and passing out during sex? I’d be worried, I may even call medical professionals.

Of course, all of these skilled lovers can make a man’s knees go weak with a simple touch of the penis. Look, if you’re man’s knees are buckling then you haven’t “brushed” his penis, you’ve punched his balls. And he’ll probably not want you to do that again (though it does rather explain the screaming and passing out). But then knees are fragile things in Paranormal romance - kissing - weak knees, staring at the naked chest - weak knees, brush of breasts - shudders and weak knees! All these heroes and heroines are 5 seconds away from total collapse.

As you can clearly see sex is just so enjoyable that there is no reason not to engage in it (or at least desperately want to) no matter what the circumstances. If you’re being chased by demons or rabid witches (Anya Bast), if you’ve been kidnapped and locked in a dungeon (Sherrilyn Kenyon), if you’re waiting for an opportunity to assassinate someone in a public gathering - or on the run after an assassination attempt (Jennifer Estep) if you come across a bathroom not fit to piss in (Bite Marks, then it’s time for a game of predictable, paint by numbers sex.

If you’re really lucky the author might even get really creative, kinky and out there and add ass play cause that totes so dirty, dirty, dirty (Anya Bast). Or have the desperate kink of light velcro cuffs (Laurell K Hamilton) always presented as so dirty and so very very kinky (even if it does rather seem more vanilla than an ice cream truck).

Of course with all this sex going round, we need to have some dirty talk. The perfect way to get your Yahoo Palace (Charlaine Harris) ready to go with a penis against your core (Sherrilyn Kenyon). And remember, the water in Arkansas is very hard (True Blood).

And yes, we’re going there. Let’s talk penis size. I think between the JR Ward, D. B Reynolds and Anita Blake (who, despite having slept with just about every man in St. Louis, has yet to find a penis that is less than 9 inches long. Sometimes much much much much more. much more. If a penis cannot potentially dislocate a woman’s uterus then there’s just not point in playing with it. I’m amazed Micah doesn’t pass out from lack of blood to the brain every time he gets an erection) we have a surfeit of massive penis out there. I don’t know if the prize goes to either the penis that was described as being “thicker than her wrist” (JR Ward) or the penis that she couldn’t wrap her hand around (D.B. Reynolds).

Either way I think that comes more under the “ye gods OW!” category than “hmmm sexaaay!” column. Who the hell would let a penis that large near any orifice without worry about being ripped asunder?

So, c’mon guys, you know you’ve read this stuff. What utterly ridiculous non-sexy sex amuses you the most?
Posted by Sparky at 8:50 AM