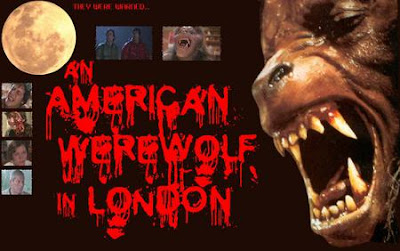 I understand why this film has become a classic.  It has a great balance of humor, a touch of horror and paranormal.  It's well balanced and easy to watch.  If you go into it expected a simple sort of camp werewolf movie you will enjoy it.  For what it is, An American in London is a fine film.
Posted by Renee at 12:00 PM