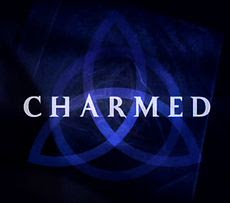 This season began with the death of Prue.  I cannot say that I was sorry to see her go. That should have brought to an end to the power of three, but  that would have meant the end of the show, and so the writers rewrote their cannon and introduced  Paige Matthews.  It seems that Paige is the result of an affair that Patty Halliwel had with her white lighter. They knew that they could not keep the child and so they gave her to a nun, who in turn arranged for Paige to be adopted by a family. Prue's death triggered Paige's latent powers. At first Paige was resistant to the idea of being a witch, but after facing temptation by the source she joined with her sisters to recreate the power of three.
Paige's adjustment period is not smooth.  She has issues with Phoebe and Piper not respecting her personal space and has a few hiccups learning to negotiate her powers.  She has to learn the hard way about personal gain spells when one backfires as leaves her with what appear to be triple F breasts. As a half white lighter, Paige can orb and move things with her mind.
When the Charmed ones were made up of Prue, Piper and Phoebe, it was clear that Prue and Piper were the mature sisters and Phoebe who was the baby sister was often infantalized. No matter the challenges and experiences, relative to the other two, Phoebe in many way remained an overgrown child. With the death of Prue, Phoebe was finally allowed to grow up but it seems that the writers could not do without their infantalized female. Piper spent much of the season four sucking on lollipops and displaying the maturity level of a 12 year old. This proves that just because a show focuses on female characters, does not mean that it does not promote sexist tropes.
Much of this season revolved around Phoebe's relationship with Cole. It begins with Cole proposing marriage to Phoebe and her running because she feels that she is not prepared for a life long commitment.  Cole giver Phoebe her grandmothers engagement ring which turns her into a 50's stepford housewife. That entire episode was ridiculous. Even in the 50's women were concerned about more than what to make for their husbands for supper.
The source breaks the covenant between good and evil.  As part of vanquishing the source, the seer convinces Cole to take in the power, but what he does not realize is that this is a power he simply cannot give back. His love for Phoebe is all that keeps him from being completely evil but essentially he is back to being a demon.  At this point, my head was shaking. How many times can the play out Cole is good, no Cole is good.  Isn't it time to come up with a new storyline?  Phoebe ends up vanquishing Cole but this leaves his pregnant with his child, who is undoubtedly evil.  When the seer transfers the child out of Phoebe's womb, it becomes clearly that the child possess more power than she can handle and this ends up killing not only the Seer but the entire council.
We have now reached season four, without a single GLBT character in San Fransisco of all places. Did the witches cast a spell to move the castro somewhere else?  Charmed also remains largely White.  The two reoccuring roles for people of colour are The Seer and Darryl.  Please note that with the death of The Seer this season, this effectively cut representation in half.   Darryl spent much of the season in the plot box like all good token, only coming out to warn the sisters of trouble and say a few lines.  The Seer was much more visible this season as the mastermind behind Cole's ascension to The Source.
Watching The Seer work her evil plan I could not help but notice they picked a Black woman to work evil magic against three White women who essentially are the chosen ones.  This once again constructs Whiteness as the source of goodness and purity, while Blackness is of course just the opposite.  When we consider that there are no reoccurring women of colour on Charmed to even remotely reduce the evil engaged in by The Seer, it is clear that the writers wanted a clear juxtaposition in order to assert a very negative binary.
With all of the angst between Phoebe and Cole, I really do believe that this is the worst season yet. It certainly does not help that Julian McMahon and Alyssa Milano have absolutely zero chemistry.  Even as they are professing undying love, they each look as though they would rather be somewhere else. Because of the monster of the week approach, there is little to carry the show from week to week; however,  it is my hope that in season five, there well be something else to bind the plot than this ridiculous romance.