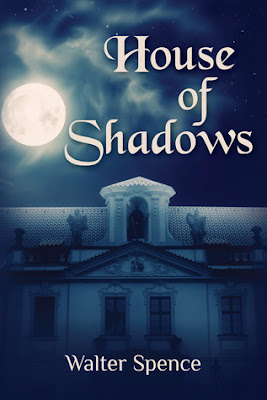 Eugene has a difficult life with his sister, impoverished and with a mother who is, at best, neglectful and at worst outright abusive it is not a life with many opportunities. So when Penelope, a wealthy, generous benefactor appears to give them every advantage it seems like a wonderful gift and that they’re finally given a chance at life.

That is, until the price arises and one of them has to die. Faced with an impossible choice, Eugene elects to be Penelope’s prey – but death is hardly the end of Penelope’s plotting. After decades of unconsciousness, Eugene arises as one of the Breed and the last scion of a major House whose legacy (and his continued existence) requires him to learn extremely quickly.

There are a lot of vampire books out there and it sometimes feel like many of them are telling very similar tales. It’s always a pleasure, therefore, to find a book that seems to be bringing some genuinely unique elements to the genre and some fresh angles. Eugene’s reluctant passage into vampirehood, how he was moulded before transition, even following his journey from childhood adds its own angle.

In terms of pacing, it started slow, introducing us to the characters and bringing us towards the inevitable. Thankfully, once we get that transition, we hit the ground running. Eugene has to learn a lot about his new life extremely quickly and nothing is going to stop to allow him to catch up. There were a couple of tangents that were, perhaps, not entirely necessary but I think they all added up into building the character, the worlds and different facets of the story.

The world building is nicely restrained. It’s clear, especially if the lexicon in the back, that this is a very broad world and a lot of work has gone into characterising it. But the author resists the temptation to dump vast amounts of unrelated information on us. In fact, in keeping with Eugene’s own confusion, we often have words and references used and have to extrapolate their meaning. Like Eugene we’re plunged into a world we don’t know and have to keep up and learn as we go. I think this lack of explanation both keeps the story moving and excellently conveys the theme of being out of depth, of being overwhelmed by the new information he was faced with.

The decisions made by the characters, while not always perfect, were well informed – or, at least, based on reasonable emotion and didn’t frustrate me. The action stayed good and the story progressed well.

I found no great flaws in this book – but I did find a couple of minor stumbling blocks.

The first stumbling block I found in this book was the language. It’s not as bad as some books out there, certainly, but it is overly elaborate and overly formal. Part of that is because Eugene is trying to “better” himself with a determination to be educated and well spoken after Penelope gives him the resources. It’s even lampshaded in the book with his sister accusing him of having swallowed a thesaurus. But this language starts long before he meets Penelope and is used in everything from dialogue to describing action. Sometimes I think a more casual tone would have been better.

The second stumbling block for me is how quickly Eugene grows as a character. We see some growth and development throughout the book which is always great to see – but at the end he seems to make a monumentally enormous leap, gaining leadership and tactical skills and a considerable amount of cunning that seemed so extreme as to be almost out of character. I think, perhaps, too much “downtime” happened when he was a guest of Winterfax so a lot of growth happened off-page. One minute he was resentful, almost-suicidal, hostile, relatively sullen and completely ignorant – and then he pulls off this awesome and epic victory.

Not that I dislike that victory – far from it. The ending of this book was truly excellent. We had Eugene coming into his own, we had a great foundation for his future and we had some major hooks for a new book laid out with a new antagonist and new machinations. It just needed a bit more foundation.

Inclusionwise, sadly, this book falls a little flat. We have very few POC who are referred to in an exoticising manner. We have a gay couple that appear for a few paragraphs in which they are dogged by so many euphemisms that Eugene may as well have just pointed at them and screamed “ZOMG GAYS! GAYS!” In fact “zomg GAYS!” pretty much sums up all we know about them and Eugene’s discomfort.

We do have Agrenta, a vampire with a mental illness. Or, rather, an insane vampire since she fits more the role of random and incomprehensible seer than any actual mental condition so I’m not going to really consider it inclusion.

Any women in the book were also largely side characters – but then, anyone who isn’t Eugene is largely a side character, this isn’t a book that has sidekicks or a group cast. There are numerous women in a variety of positions – from the abused servants to the generous and crafty Penelope, to his sister to the icy and unapproachable Andraceil. None of them are particularly developed characters but then, no character is except Eugene – it’s very much his story.

I enjoyed this book, it was great fun and I’d strongly recommend it. I’ve been vacillating back and forth on what rating to give it for a long time. I think the series definitely has potential to be 4+ and even reach a 5, this book is definitely above a 3.5 but probably not a 4. Call it a 3.75 and well worth both a read and watching.

A copy of this book was provided by the author for review.
Posted by Sparky at 12:00 PM