Once Upon a Time and Empty Characters of Colour 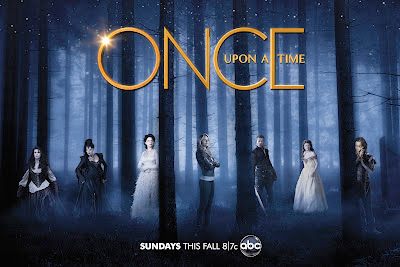 Once Upon a Time is now in the middle of their second season. Since it is a show based on fairy tales, we expected a lot of erasure. Far too often, fairytales that are represented in television or movies, are of a European origin and this is generally taken as an excuse to have no roles for people of colour. We’ve repeatedly said before how damaging erasure can be; but subverting the fairytales and adding characters of colour beyond servile roles is simply not done and certainly not done by Once Upon a Time, though they have changed several of the female roles from object to subject in their story. The gender presentation is certainly far from perfect, but the fact that it is so far removed from the original tale is often enough for texts in this genre to be presumed progressive, even as they reify harmful racist and heterosexist tropes.

The first character of colour we were introduced to was Cinderella’s fairy godmother.  Unfortunately, the character did not last long and was quickly killed off by Rumpelstiltskin for her wand. You may actually have had to quickly pause the show to notice her, since she spent so little time on screen. Once Upon a Time has killed off quite a few characters since it first began airing last Autumn but it is fair to say that the characters of colour have either been killed off or dropped into the plot box at a much higher rate, thereby reaffirming their disposability.

The second character of colour we were introduced to was the magic mirror/Sidney Glass. Though this character certainly did not add much to the racial inclusion of Storybrooke, we expected a lot from him because the role was played by the fabulous Giancarlo Esposito. Of all of the actors on Once Upon a Time, Espositio had the most impressive body of work, and this which includes screen and stage work. Instead of giving Espositio a script which would have utilised his amazing talents, the mirror/Sidney Glass was little more than a submissive, feckless servant. It came as no surprise when the character was quickly disappeared. Now that Espositio has since moved on to Revolution, there is little chance that the only male recurring character of colour will ever be redeemed. He remains the only character of colour who received a back story explaining his origin in Fairyland; however, it continued his unrelenting story of service and sacrifice.

Of course, being cynics we didn’t get our hopes up - and rightly so. After so much endless hype, Lancelot managed to scrape up an entire 2 episodes before dying. He didn’t even die on screen, he was murdered by Cora at some undisclosed time at the past and afterwards quickly dismissed and forgotten. All that hype for a scant 2 episodes.

It’s fair to say that we were annoyed by Lancelot’s early death and  the fact that his role as servant for Snow White and Charming cemented him as little more than a built in aid to guide and protect the White characters.  Lancelot started as an antagonist working for King George but almost instantly, he converted to the side of Snow White because... actually, we’re not even sure why; everyone seems to flock around Snow White. From that moment on, Lancelot fought for Snow, traveled with her, advocated for her - does he have a life? A family? A story of his own? Who knows? We’re not shown any of it. This is a problem Once Upon a Time has with all of the POC in the second season.

So many of the side characters have had their past and their histories explained. Even side characters like Ruby, Cinderella, Dr. Hopper, Leeroy, Captain Hook, Jefferson have had their story told, which has given us a greater understanding of who these characters are and what motivates them. This makes it particularly telling that neither Lancelot or Mulan have had similar treatment to date. Why are these two characters of colour deemed unworthy of the greater characterisation given so freely to less important White characters? We know Lancelot had an entanglement with Guinevere from what he described, but that’s it. Much of it is left for the viewer to assume based on Arthurian legend. In the case of Mulan, the characters development is based on the viewer having watched and remembered the movie Mulan. What do we know about Mulan? She has a crush on Prince Phillip, helped him on his quest to find Aurora and, on his death, decided to protect her. We have been told nothing about her, her past, or her motivations.

Mulan, is yet another awesome character who was constantly hyped. Who is Mulan? She’s a sword and some angry eyes - from the Michonne school of character development. Even Aurora, who we know little about, is better developed - at least we saw the castle she lived in and the kingdom she was once a part of. Mulan is coded as a weapon from the beginning thus erasing much of her femininity. With the exception of Emma, most of the female characters have at some point worn a dress or an opulent gown. There are many ways to express femininity but it is rather telling that traditional forms of gender conformity and even performance are continually denied Mulan. It’s yet another reminder that White women are allowed the flexibility of choice, while characters of colour are sequestered in narrow roles which mark them as lesser. The role left for Mulan is servant, and like all servants, her job is to protect and blend into the background.

Mulan served Phillip in his mission to find Aurora (who meant nothing to her). She may have loved Phillip, but Mulan constantly accepted that this was impossible because she never challenged Aurora’s primacy in Phillip’s affections. The White, feminine Aurora was always primary to the armoured, Asian Mulan - and Mulan docilely accepts this. This is not a neutral position for Mulan to be in, because it plays into the racist stereotype of White women representing the ideal form of womanhood, with women of colour paling in comparison.

When Phillip died, Mulan then transferred her servile role wholesale to Aurora - as some kind of tribute to Phillip. Why? What did she owe Phillip? What does she owe Aurora? We’ve only got some nebulous reference to honour (which translates easily to a “lazy Asian stereotype”) but no character reasons for why Mulan should feel honour bound to these strangers - let alone Emma and Snow White! Throughout the last few episodes of the season, Mulan has rarely even spoken except to champion Aurora; there’s precious little else to her character.

The fact these characters were so hyped before the season premiere adds salt to the wounds, because it actually suggests that the marketing for Once Upon a Time, expected us to be impressed by and happy for this limited inclusion, early death and quiet service.

There has been another Black man introduced in season 2. Billy, the Mouse. By making him a mouse in fairy land, they already freed themselves from any development of character. He arrives, he gets a name, he speaks briefly to Ruby then he dies - I can’t help but see his limited character interactions as just a way to humanise him before bumping him off, so we can share more in Ruby’s sadness than over some nameless corpse.

Lana Parrilla has been the only actress of colour of note since Once Upon a Time started.  In the role of Regina Mills/ Evil Queen, she is one of the major antagonists on the show. One of the problems with the character is though Parrilla is Latina, the role of Regina Mills/Evil Queen is clearly meant to be understood as White because there are no cultural markers for her to be read as the Latina that she is. Unless one actually googles Parrilla, there is nothing to lead the viewer to understand that each week a woman of colour is performing a major role. Certainly, a name like Regina Mills is not meant to be read as anything other than White. Disney has a long history of demonising Blackness, though they have historically done this  through the use of dark clothing, as in Snow White for example. In Once Upon a Time, we move from the figurative othering to the literal othering in that colour is no longer a covert symbol but becomes overt in the demonising of Regina. It’s important to note that once again, the Black and White symbolism is writ large across the screen, in that the WOC is directly juxtaposed to the White female heroines. Whiteness literally represents goodness and we are continually reminded that goodness always wins over evil - a fact which Regina is reminded of when she hesitates to help Snow White and Emma return from the fairytale world. Regina is not good and even in the end when she capitulates, she is still not deemed worthy to be invited to dinner.  Regina’s magic was directly molded by the White Rumpelstiltskin and while he is certainly not viewed as good, his role in Regina’s actions is continually overlooked and he is treated with a respect that Regina can only hope for. In this case, Whiteness continues to purify, even when the subject itself is clearly of questionable morality.

Regina is continually abused by most of the cast - and while many of them have reason to hate her, it is often gratuitous (especially, as said, when compared to Rumplestiltskin) and Henry hated Regina before it was cool. We have yet to be given any reason for why Henry has hated her for so long. And even now, Regina’s efforts for redemption are rarely given the attention they deserve.

This programme is based on fairy tales and this genre is one that is so heavily erased that even the deeply flawed tokens that Once Upon a Time provided seemed like an improvement. But this being a re-adaptation of Fairy Tales makes erasure and tokenism even worse - fairy tales are the first stories we give to children, these are the first stories we use to empower their imagination, to fire their passion, to learn and to dream of being the hero. Yet there are few genres that make it clearer which children are allowed to dream, which children are expected to serve and which children are expected to sacrifice.
Posted by Renee at 8:58 AM