Navigating Through Race- The Plight of Storytellers of Color 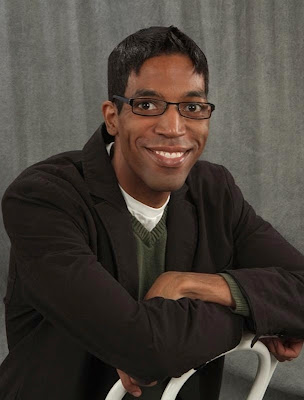 A gent by the name of Malcolm X once said, “The media’s the most powerful entity on earth. They have the power to make the innocent guilty and to make the guilty innocent, and that’s power. Because they control the minds of the masses.”

Many people often wonder how I’m able to reconcile being a spec fic author with being a social justice activist. Malcolm X’s quote is that very reason.

Because while the media has the power to control the minds of the masses, it’s also a platform to hold a mirror and expose inconvenient truths such as bigotry to a society who is still plugged into the proverbial Matrix of privilege and institutional oppression.

But in order share the truth, marginalized artists have to make many decisions that can play an impact on our careers, our art and its potential impact on society.

An example of this would be a conversation I was having with a buddy a few years back. He and I were discussing a popular graphic novel series created by a storyteller of color. My friend thought it was odd and a bit disappointing that the storyteller decided to make the main protagonist of the series, white. My buddy explained that even as a caucasian male, even he gets sick and tired of seeing white characters inundate the media. As I explained to my good buddy, there’s whole double standard that storytellers of color have to contend with when it comes to our narratives.

It’s never easy being an artist of color. When it comes to race, the race itself is a rigged one. No matter how talented and gifted you are, there are legions upon legions of bigoted whites who are looking to attack, denigrate and discredit you.

As I learned from several white critics and readers with my debut novel, Hollowstone, black writers are not real writers. We employed some type of chicanery, especially if we got published before many aspiring white writers did. I was also whitesplained that publishers who target black audiences or other readers of color aren’t “legitimate” publishers. They’re just not real.

Dealing with this failed mindset in the industry and fandom, I constantly have to be mindful of the decisions I make as a black artist. Even in the 21st century, perception equals facts and too many people refuse to adjust their warped perception to sync with this little place known as reality.

A prime example would be none other than Noah Scott, one of the main protagonists of Hollowstone.

What’s been fascinating is that one of the things I’m constantly scrutinized for Noah’s portrayal. Despite the fact that I’ve repeatedly gone on record explaining that Noah was based on three buddies from high school, many white readers could not fathom the concept of a 14-year-old black teen who is a) mild-mannered Catholic b) grew up in an Atlanta suburb c) a gifted violinist d) a straight-A student. Said scrutiny has ranged from me being grilled about the authenticity of such a character to being accused of creating a Mary Sue/author insert. As far as many white critics have all but stated, “Noah’s black, and you’re black Denny, CLEARLY HE’S SUPPOSED TO BE YOU.”

Nevermind the fact that characters like Hermione Granger and Artemis Fowl (both of whom I’m huge fans of by the by) have been out for a minute, the smart black kid in the paranormal saga is just too much for the suspension of disbelief.

A fellow author emailed me and shared her thoughts on Hollowstone. She loved the story and her one critique was that she wished there were more characters of color in the novel. I explained that I completely agreed. However, because I knew I would be tackling issues of teen pregnancy, drug use, homophobia, racism, sex, and others, in order for the issues themselves to be explored, most of the characters could only be white.

In Western culture, (cis heterosexual) whiteness is considered the default, the norm. To be the other means to be anything other than normal. With that mindset, it’s little wonder minorities are persecuted to the degree we are.

If the teen character in Hollowstone who became pregnant was any ethnicity other than white, then the issue wouldn’t be about teen pregnancy and the obstacles young women contend with. It would instead be about how women of color are too promiscuous due to lack of proper upbringing.

If the jocks in Hollowstone engaging in homophobia were black instead of white, the issue wouldn’t be about the harm homophobia can inflict on young people, it would instead be about how black people are innately more homophobic than any other race.

While Cal Warner ultimately proved himself to be a good guy in the end, the charming test paper selling, rave organizing, drug dealing, blackmailing lothario was for the most part given a pass by the characters in the story, and even the readers because of white privilege. If Cal was anything other than caucasian and pulled half the crap he did, he would’ve been killed far sooner and my full length novel would’ve been a flash fiction story, THE END.

As a marginalized writer, the truth is there are expectations of me whether I want them or not. Said expectations come with a generous helping of Catch-22s.

As an LGBTQ, my protagonists can never be cis heterosexual or I’m a self loathing traitor. That’s if people believe I’m an LGBTQ in the first place. Because for many people, LGBTQ = white only.

Were the previous examples confusing, infuriating, exhausting? Imagine being me going through all of this when all I want to do is write a story.

I know what many of you are thinking. Who cares what other people think? Just be happy with you? Unfortunately it’s not always that simple. Because as long as many whites have these failed mindsets, that means many deserving authors of color will fail to receive book deals and have their gifts shared with the world. As long as many have these failed mindsets, GBQ males are shut out of m/m and other genres that’s supposed to represent them. No awards, no opportunities, nothing. And yet we wonder why there isn’t better diversity in the media.

As a queer writer of color who works in speculative fiction, these are all of the things I have to keep in mind when I pen my narratives.

A few weeks ago, I was conversing with my Editor Extraordinaire about my upcoming novel, West of Sunset. She had an idea that she wanted run by me regarding the main protagonist at the time, Grant Ness: a gay wizard college student who moonlights as a private eye who frequently battles otherworldly threats.

I had to seriously ponder this. On the one hand, I knew EE was absolutely right and this was the reason I do the work that I do. On the other hand...I wasn’t too thrilled about having my honesty, intelligence, sanity, abilities called into question again by rabid white bigots because the black author wrote a story with a black protagonist.

As a testament to how awesome she is, EE made it abundantly clear that it was my call and no matter what I decided, she would support my decision and the project. I knew making Grant black wouldn’t be feasible as there’s too much to his backstory and relocation to Atlanta as a young white Bostonian Catholic. However I then realized that Grant’s colleague, Brecken, who is African American, would certainly take. Grant will have his tale shared one day, but for now Brecken’s story is far more needed.

So I did the rewrites and I had the pleasure of discovering an extraordinary hero in one Brecken Everett. So I now I wait. I wait for the inevitable head explosions over the concept that LGBTQ can = nonwhite. I eagerly wait for the novel’s release and the chance to discuss these characters, the story, and the choices and challenges of being a writer.

I also wait for the day when society is unplugged from the Matrix; a day when marginalized artists are no longer marginalized and aren’t burdened without having to qualify their credentials and can share their gifts and enrich the world as intended.
Posted by Sparky at 12:00 PM