This is Your Life: Original Cindy 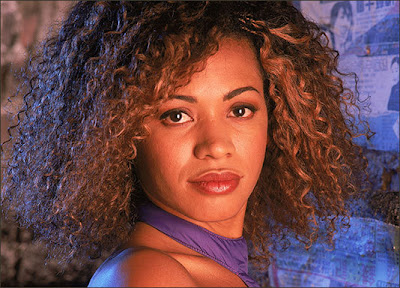 
What is she?: Human

Biography: Original Cindy is a woman trying to survive in a dystopian world working as a bike messenger for Jampony. She has little money, no family but some firm friends - particularly Max. After Logan, she’s the first person in Max’s circle to learn she’s a transgenic - and of course she has Max’s back

What We love about her: While in many ways Cindy is a stereotype, she’s also someone who embraces her life and her identity on her own terms in her own way. She’s a Black Lesbian and while she does have strong elements of the Sassy Black friend about her, she also has a fully fleshed background that explains who and why she is: the personality she has built, the person she wants to be, the person she chose to be and why. She is powerfully resistant to repression, will not be intimidated and, in the beginning, had her own agendas and her own life. Even surrounded by super-powered beings, Cindy still has value and purpose and she’s not only a powerfully good friend to Max, but it’s also clear Max cares for her as well which is missing so much in speculative fiction. Cindy is even used to address some issues in the understated way Dark Angel managed - class, code switching, even Black hair.

What we hate about her: Well there is an element of sassy Black Gay Friend about her, even with a strong personality under it. More sadly is that the one love interest she was allowed was killed off in the same episode - despite often talking about almost dates, they’re never developed and she remained single. But the worst thing to happen to Original Cindy was season 2. From fully actualised character to token sidekick in 2 seconds flat. She’s missing many episodes, has bit parts otherwise and is generally there to say “there there Max, there there” when she’s angsting about her relationship with Logan. She becomes a non-character and they resort to having Normal make disparaging remarks about her being part of “sapho’s sisterhood” to remind us she’s a Lesbian.

Television Series: Dark Angel
Posted by Sparky at 9:00 AM