Blood Moon on the Rise by Lauren Smith 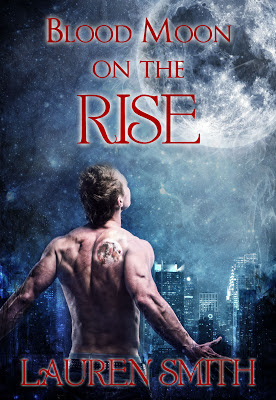 Tamara is a Hunter and member of an organisation of hunters that watches and polices the supernatural – and kills those that step too far out of line. She works alongside her Tracker, Nicholas, his magical ability leading him to their targets.

Worse, a lover of one of their targets seeks revenge – and has the magic to make it happen.

There were some  elements of this book I loved – mainly the concept. Pairs of Hunters and Trackers working together in cells to police the supernatural sounds like an extremely fun concept.

But there were problems with it. And I think most of those stem from the fact that the book is very very short – but it has enough material to fill a much bigger book or even a series. It has a long history, these characters have a long history, it was a wide world, it has a lot that it doesn’t necessarily need to explain to tell the story – but it is a lot that it wants to explain. But without a long story to convey all that world building, what we get is info dump.

All of this is conveyed literally by them thinking. Just sitting down, doing nothing and deciding to recount this vast amount of information to us.

On top of that, Tamara and Nicholas think each other are sexy. Really sexy. Really really sexy. And they let us know with more massive info dumps about what they both look like, how attractive they find each other, physical descriptions of each other (Nicholas’s eyes are brown, cinnamon coloured, we’re told this a lot) and how irresistible they both are to each other and how tragic it is that the rules state they can never be together for some reason  (don’t tell me they’d be too distracted – these 2 can’t do anything without the sexiness of the other overwhelming their every thought. The sexual tension alone is more distracting than any amount of true love ever could be).  In the beginning of the book, Tamara seduces a werewolf in order to kill him and the majority of her thoughts are dedicated to how sexy Nicholas is even when he isn’t there.

I have to say that, as far as infodumping goes, these infodumps aren’t bad. Partly because the world they’re talking about is interesting – the Brotherhood is a group of hereditary hunters trained to police the supernatural community. They fight in pairs, Hunter warriors and Tracker spell-casters. It’s not a bad concept, it’s pretty interesting how it is proposed and it has great potential to be developed. But no matter how well done your infodump or how much your infodump reveals an interesting world, it doesn’t change the fact it’s a rather contrived infodump

Nor the fact there’s not a lot of plot around the infodump and the constant musing about how so very very hot the other is. We start with a battle to kill a werewolf, then a bad guy launches on an elaborate revenge plot that is needlessly convoluted (villains, learn to just kill your enemies!) They have a fight scene that didn’t work for me since it relied on one character who was too weak to stand a scene ago suddenly being able to fight, and the big bad both deciding to attack people with their bare hands DESPITE their lethal and awesome magic and decided to run away despite being the clear winner.

It’s capped off by one of the most anti-climactic endings I’ve come across in a long time, not only lacking in any real dramatic confrontation, but relied on a boss coming by with some super-special tracking ability that only his special tracker could know.

It’s a shame really – the writing style in between wasn’t bad, and the world is certainly intriguing – but it was rushed. There was too much crammed into a small place, a desperate urge to fit all of this world and setting into a novella which would have been better done with a slow reveal – which applies to the romance as well. If there had been a chance to slowly reveal the mutual attraction and love between them, there wouldn’t have needed to be such heavy handed exposition. Also the line “velvet petals of her folds yielded to him” is being added to the purple prose list.

But I have a feeling the author had a great world idea, a pretty decent concept (the true love match who have to work together but can never consummate their love) but didn’t really have a story to back it up.

A copy of thi book was received in exchange for a review
Posted by Sparky at 9:00 AM