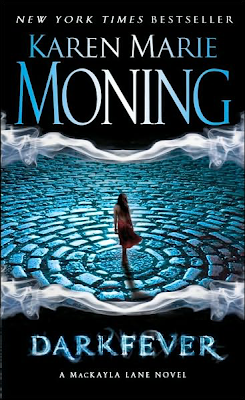 “With his looks, some would call him Black Irish, but it wasn’t Spanish or Melungeon blood in his veins, it was an unspoken-of Saudi ancestor that had bequeathed something fierce, dark, and ruthless to the O’Bannion Line”

Well, that’s some damn unsubtle racism right there – this mobster is dark and ruthless because of an Arab ancestor?
As I’ve reference above, I’m not fond of the writing style. It’s slow and over-descriptive in places, a little repetitive and it feels the need to spell out what can easily be inferred. There are some bemusing moments where they do things like explain what the Victorian Era was. Or say the house is full of a certain style of furniture – then describe that furniture. It’s redundant. We have a house called “Casa Blanc” c’mon – French or Spanish, pick one. We also have some frankly clumsy writing. While looking for the book, Mac decides to steal something from one of the three big bads – which Barrons is very pleased about and she blames on him. But she was the one who did it, quite unprompted, of her own volition – just a complete “oh fae artefact, want!” and she pockets it. Why? Or there’s the crime scene where the police missed her murdered sister’s make up pouch lying on the floor because the alley was “too cluttered”. Really? Even better, she tears it apart and says how ridiculously neat and unrealistic it would be for there to be a clue in there because that’s just so fake and the sort of thing you see on television but never in real life – there’s no chance her sister could have slipped in a flash drive or a note or her missing journal into it, it’d be too unrealistic! Too neat! Too fake! Too ficionalised. Instead she scratches a cryptic message into the cobbles with a nail file in her dying moments…
…no, really, I kid you not. Her sister hiding some info in a makeup bag would be too convoluted – but carving messages in the floor is just fine.
Then there’s the spear of stabby stabby. One of the super Seelie artefacts, it’s also the Spear of Longinus – the spear that pierced Christ’s side – how? Because a random Roman soldier of no great rank managed to get his hands on an almighty fae artefact to do some messiah stabbing? Was there a reason this piece of Christian mythos had to be dropped in so clumsily among the fae mythos.
Then there’s her reaction to the revelation about her family and the way she treats her deeply traumatised and grieving parents in the aftermath of that – I was stunned and the callousness of it and her thoughts. There are also a couple of other things that feel a little off from a British reading perspective (like an Englishman known as “junior”) which probably aren’t so glaring to someone who isn’t British or Irish. But in general the writing isn’t neat.