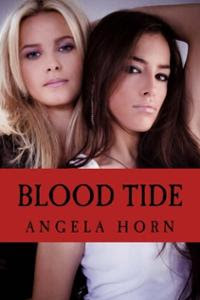 Willow and Paloma are sisters, doing their own thing, tearing up and down the country. They’re Shadow Warriors, nearly indestructible warriors bringing down demons and monsters, rescuing princesses and blowing up giant turd monsters – whatever that was.

After taking a job hunting down rogue vampires, things rapidly get very very complicated when there seems to be far more involved – including a captured elven princesses, some rogue werewolves and Witches who drop farmhouses on them; which is just annoying.

Of course, as if a veritable army of monsters to kill weren’t enough, there’s a far more complicated matter to deal with: hot guys, relationships and sex. Definitely more complicated than marauding vampires and demons.

This book is immense, awesome fun in a completely guilty pleasure fashion. The protagonists, Willow and Paloma are incredible fun. They don’t care what other people think of them, they enjoy themselves immensely, they love their family, they love each other and they’re frequently hilariously funny.

They’re also terribly immature in a way that makes me feel slightly guilty every time I laugh. Whether it’s willow’s epic burping or the problem with snakes in the toilet and… well a lot of immature bathroom humour and silliness.

But it’s still funny. Part of it because there’s a lot of jokes above and beyond that which hilariously works together but also because it forms part of the pattern of the sisters. Are they immature? Yes. Are they childish? Yes. Are they crude and impolite and downright nasty at times? Yes yes and yes in all counts. And they don’t care. Their crudeness emphasises just how much they don’t succumb to convention, their refusal to be policed and their simple joy in their life no matter how much it should be disapproved of. They have no shame, and I kind of love them for it.

Of course it also fits with the gloriously fun and rather cartoony action of the book. As Shadow Warriors, the sisters are nearly invulnerable – at very least they’re very very very hard to kill indeed. So the fight scenes? They can be fun and corny – and have Willow maintaining a running commentary (like “I’m being throttled!” and “I’m airborne!” whenever a monster throws her). And them never needing a plan or research because they’re just that awesome. Or having manoeuvers with 80s songs codewords. It also means we can completely avoid those awful, horrendous tropes of “oh delicate female flower, stand behind me and the big strong manly men.”  Sure their family worries about them – they have extremely strong family bonds and care about their siblings – but they’re not considered people who need protecting or sheltering. They’re warriors – fun, zany, unpredictable, incredibly violent warriors. And while they joke and play around a lot, they also do care about the people who could suffer at supernatural hands, something they make clear subtly in repeated ways. Also one of them collects Care bears – it seems silly but there’s a lot of depth to even casual elements of their character – like their names and the soft toys they collect.

And despite that near invulnerability, the end scene with the epic show down was, in fact, utterly epic. Just the scale of the fight and the actions taken, especially by Willow, and the acknowledgement that even they have limits makes for an extremely tense scene – and one with musical accompaniment as well. And sometimes you’ve just got to sit back and love a scene where everything blows up so well.

The world itself is huge with a lot of depth alluded to even if it isn’t developed yet. I think development wouldn’t have worked in excessive detail simply because Willow and Paloma either already know so wouldn’t talk about it, or just don’t care (who needs to do research, they’re awesome!) But what we do see are the seeds of something huge – we have werewolves and vampires. We have vampire congressmen and mobsters. We have lost zones, places where humanity has just lost its hold to the monsters and only the poor and those who cannot leave still hang on, frequently as victims to the monsters showing a distinct class divide.

We’ve got some core of really deep history with vampire and werewolf origins, very different from what I’ve seen anywhere else along with elves, wizards, necromancers, flying farmhouses and so much more, all with glorious fun.

Did I mention it’s funny? Because I can’t help laughing just reading my review notes.

The story slumps a little when we reach the love interests – then the whole plot of the Blood Tide and the two quests they have been given just gets kind of side-lined while we spend a lot of pages dedicated to their various relationship and sex issues, lots of “oh he’s so hot, he’s hot, did I mention he’s hot” and lots of “should I shouldn’t I, do I like him, do I love him” which felt so… dull. Compared to the roaring action and the scintillating humour and this fascinating world – there’s this big shoal of love interest-ness in the middle that doesn’t come up to par. It bogs down the story especially when they’ve already got so much to be getting on with.

There are elements of it that are interesting. Paloma embracing sex without emotional entanglement for one. When her vampire lover questions whether she feels safe going into a room alone with him she points out, as a Shadow Warrior, she is far more deadly than he ever is and shouldn’t he be the one to worry (just because she’s female doesn’t mean she’s the weaker party). We also have Willow’s conflict over Shane, a developing attraction even if it’s a fast-forwarded love as well as her adamant refusal to change her behaviour, her demeanour or her appearance to try and win him. She won’t be other than what she is, even basic things like brushing her hair more often than she does.

But it’s still a slower element in a book that was racing for so much fun and just seemed to run into a shoal with this.

It also hit one of the major problems of this book – slut shaming language. A lot of this is Willow and Paloma’s constant trash talking and often sits oddly with their other elements of sex positivity – like Paloma’s embracing of casual sex and just wanting to lose her virginity and members of their family having blatant open relationships with fun and gusto.

But any woman they don’t like is a slut or a whore. Once going so far as “syphilis-faced whoremonger”. I really can’t stress enough how commonly this is repeated, it’s so constant I couldn’t come close to highlighting all the examples. As an added problem, it detracts from other real issues – like the horrifyingly awful sex-education lessons their grandmother gave them that left so many of them traumatised that Willow can’t even think about sex without dry heaving (something Paloma loves to taunt her about) and being disgusted. This could have been something to develop, but instead gets lost in all the “slut” and “whore” and jokes about Willow needing a roofie to lose her virginity.

There’s even a great side plot with a princess being kidnapped – your standard fairy tale – except no-one believes the have been because princesses are constantly faking their own kidnapping to get out of arranged marriages. It’s hilarious, it says a lot about these women taking steps to free themselves from abusive situations and the problematic element of arranged marriages – and would be so much better if it weren’t accompanied by “your princess is a whore”.  Similarly, the hero worship they have for their father mixed with the borderline – and not so borderline – anger and contempt they have for their liberal, hippie mothers looks more skewed when you have this anti-woman language everywhere. In truth there’s a lot of depth there, their frustration with their mother’s not understanding what it is to be a Shadow Warrior, not listening to them and, ultimately, being human being too weak to withstand the challenges they faced – it’s a complex and nuanced issue which would be wonderful and perfectly presented; but with that wallpaper behind it it becomes harder to see the complexity. The same applies to how the romances ended – and I loved how they ended, they were completely and utterly original and subverted so much of the “twu luv > everything” we see all the time. And I want to love them. I want to embrace them as novel, as realistic, as powerful as original as intricate and really well done. But part of my mind stomps all over it and says “is this subversion or is this just part of the sex = icky?”

This is how a tone of a book matters – because that back ground of endless slut-shaming language then forms the lens through which so many of the awesome elements of this book are then viewed.

The book does have a large number of POC –in the background, as side-characters and Paloma is Latina. The siblings have a large family all linked by one father – but with different mothers which creates something of a rainbow family that manages to stop short of being a complete “one from every group rainbow” set up. Just. There’s a slight sense of their daddy going around having sex with different raced women to try and fill a diversity quota – but not entirely, it isn’t a convoluted “one from each race” set up. I hope there are more books where their characters can be explored more fully because some of them are extremely interesting

There are no GBLT characters. Oh and pet gripe – Shane grew up in the “old country” which appears to be Scotland. As such, he did not grow up hunting skunks. There are no wild skunks in Europe (ok, maybe 1 or 2 very few escaped pets but highly unlikely since they’re not exactly a pet animal here). Yes, it’s a nitpick, but I’m nitpicky.

In all, this book is immense fun and an incredibly amusing read. It does have some issues – the pacing about the middle and the language usage that does do considerable damage to what is an extremely unique, hilarious and exciting book, which is tragic because of how much fun it is – because I can’t stress this enough, it is amazing fun and I loved reading it and cackling repeatedly over it.