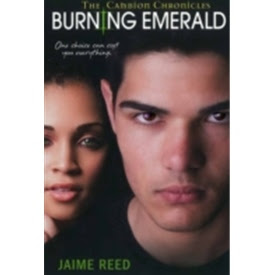 Sam is adapting slowly to having Lillith, to being a Cambion, but it isn’t easy. Her new powers of attraction are alienating her friends and a considerable number of her school peers and Caleb’s draw on her is growing to almost ridiculous degrees. Her own draw is attracting a lot of unwanted attention from men – one man in particular.

Malik, he never had time for her before, but now he’s paying far more attention to her. Far too much and he’s not taking no for an answer. With her new Cambion powers, Sam has an answer to that – but that just opens up a whole new secret she never imagined – and a secret that is tied heavily to Nadine’s – and Lillith’s – past.

Sam is now torn between what she wants and what Lillith wants and fighting to protect both the man she loves and the life she has, as the Cambions encroach more and more.

This is the second book in the series and has continued the pattern of taking us right to the edge of a trope and then completely subverting it. I see the trope approaching, I’m poised to skewer it and then – last second – we pull back from it and expose it as ridiculous as it is.

Subversion! I am debating needing a spoiler warning here, but it’s not really a spoiler – or is only a spoiler because this whole book genre has convinced us that super-powerful hot guys who kill people and stalk you are zomg so sexy! Sam appreciates that Tobias is a very attractive man, and there it ends. She doesn’t consensually work with him, he pushed and manipulates and it’s not a sign of twu luv and devotion, it’s a sign of predatory behaviour and Sam treats him (almost) accordingly.

Does that mean I’m generally happy with Sam this book? Not so much. In the last book I liked Sam’s common sense, I liked her strong determination to do what she needed to do. I liked that she could look past emotion and woo-woo and see the truth. I liked her practicality, her intelligence and general avoidance of so many of the tropes that have become staple in the genre. This time she did things that individually probably wouldn’t have bothered me – but collectively reduce the character.

She is being stalked by EHLI and instead of actually telling people with the power/insight to do something about it she tries to make deals with him instead. She makes deals that involve her cutting off Caleb when she knows he’s dependent on her – which sends him on the rampage. She guards her house against him then lets him in. She wanders off with him on occasion despite his behaviour suggesting she should be screaming and dialling 911. It just doesn’t work for me – she treats him like the villain he is some of the time and then extends considerable unworthy trust to him the others.

I also don’t like how much she’s letting slide. One thing Sam had going for her was her sense of priorities - focusing on her own goals and school work and not letting romance drop them. But this book her grades drop, she spends no time with her friends (both of whom now seriously dislike her and I’m not entirely sure why) and less time with Caleb… so what is she actually doing? Is it just down to stress of the whole situation? If so that needed more overtly labelling, because she seemed to be spending less time with Caleb, less time at school, less time socialising and, because of her mother’s deeply creepy GPS, less time away from home – so what is she spending time on?

Speaking of that GPS – I hate how that was pretty unchallenged. Her mother was always paranoid – and it was played both for some pretty good comedy and important messages of the dangers women face – but has now gone way over the top. She is forcing Sam to wear a GPS and tracks her movements – she deviates from that and she gets panicked phone calls. That’s pretty outrageous and makes me think less of her mother – and of Sam for not speaking up. Similarly, knowing what’s going on in Sam’s life, just sitting silently while Sam’s father chews her out was ridiculously passive. And just dismissing Sam’s very legitimate concerns about a man who knows about Cambions and showing suspicious interest? What happened to the strong, careful woman in the first book?
It sounds like I have a lot of complaints, but it’s only collectively that they’re a problem – there’s still a whole lot of good here. Sam is still very smart, very funny with an excellent voice and a brilliant brain – her methods of fending Tobias off are clever and crafty and made me want to applaud. But she’s still got a hold on the rest of her life as well and still isn’t tripping down the happy dappy path with Caleb. She loves him – but won’t let that consume her. She has no intention of having sex before she’s ready. She is absolutely adamant that she doesn’t want to bond with him for just convenience sake. She is careful to check out the consequences of bonding first and rejects Caleb’s brothers trying to hurry her. She fights against any magical compulsion being laid on her and is very determined to lead her own life as she intended. Even her attraction to Caleb driving her to call or text him repeatedly is something she fights because, even with her mind in loveydovey mode, she can recognise her own silliness.

She is still an excellent character that really makes this book. She’s just not quite as shiny as she was. Which is part of a general reduction in the quality of female characters in this book. Nadine is dead, Mia pretty much absent and both Sam and her mother are not as good as they were. Sam’s still pretty awesome but not quite as awesome. I also don’t like that all the girls at school hate her now because of her supernatural Cambion sexiness. Caleb used to get unwanted sexual advances from women, but I don’t remember men ganging up to bully him for being so sexy.

We still do have a large variety of POC and issues that Sam faces both as a POC and as a mixed race person. Again, like in the last book, the issues are well integrated into the book, becoming part of Samara’s narrative without info dumps or feeling like a lecture has been shoe-horned into the text. It was really well done and a rarity in the genre.

We still don’t have any GBLT characters – and the whole nature of the Cambions is very heterosexist and gender essentialist.

I did like that we got to see more of the world this book – we had a lot more explanation of the nature and origins of Cambions, how they exist and why. And it was well integrated with the story so didn’t do anything to disrupt the well maintained pacing or the overall plot of the book. This was something I missed from the last book and I like how it’s slowly being revealed to us – it makes me more intrigued to see where it’s all going

In all I liked this book for many of the reasons I liked the first book. A good story, well paced with well maintained themes and an interesting, unique world. But I loved it most for a truly excellent protagonist – and a WOC as well – with an excellent voice and amazing strength; as well as the courage to do away with all of the tropes we have seen so often before. It’s a relief, a breath of fresh air and a brilliant addition to anyone’s library.