The Forgotten Ones by Laura Howard 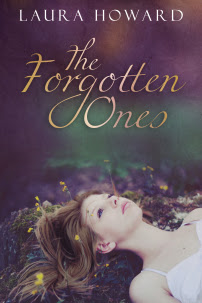 Allison lives a quiet life, often actively avoiding her friends and certainly the attractive and very interested Ethan, because she has another job. Her mother. After her mother went to school in Ireland she returned pregnant with Allison – and disturbed. Over the years her apparent schizophrenia has got steadily worse and Allison is determined to help support her.

Right until her dad arrived – her strangely youthful father – to tell her all about the fae, their habits of kidnapping humans, and how it created their little family. Allison doesn’t exactly roll out the welcome mat for her long estranged father spouting fairy tales – but when her mother goes missing and Danaan are to blame, who else can she turn to?

We have the fae – which is always a plus for me – we have other worlds. We have a strong, very decent protagonist. We have writing that is perfectly serviceable (and doesn’t that sound damning? It isn’t though, it was pretty good writing – the writing isn’t sparkling and making me gasp but everything is appropriately balanced. There’s no rambling, no staccato sentences, few big gasping info dumps or clunky inserts. The writing flows). We have magic, the fantastic and a daring quest against some alien forces.

It all sounds good.

The problem I have with the story is that there are 8 bazillion characters and it was hard to actually keep them all in order especially since very few of them were developed.

This starts very early in the book where we get  Allison, her grandparents, her best friend Nicole, her love interest Ethan (who she is interested in but not) then various other friends who are connected to Nicole and/or possibly related to Ethan. And I know very little about any of them. Part of this stems from the fact that Allison is not the most extrovert of people, she doesn’t want to join them at the beach or parties or wherever they’re planning. Also she feels duty bound to look after her mother and be there for her especially since she feels partly responsible so is almost guilty when she takes time for herself. All of this is great for Allison’s character development, but it means all those friends remain just names. In fact, her grandparents are no more than that either. Everyone’s just a name on a page with no real connection.

And this is especially bad with Ethan the potential love interest. Allison finds him attractive but, again, feels he may be a distraction from her personal duty of looking after her mother and taking over from her grandparents; she constantly keeps him at arm’s length despite her desire. But that makes Ethan look overly creepy – constantly looking for an edge to catch the reluctant girl; don’t get me wrong he’s not nearly as bad as so many love interests out there, not even close, but with the interest only going one way for so long it gets shaky. What’s even shakier is Ethan being cast as this desperate, meaningful love interest who Allison is bound to want to risk her life to rescue – there wasn’t nearly enough connection built between her and Allison for that to be really established and conveyed. There was still the “an innocent is under threat!” element, but not the personal connection I think was intended.

Once we leave most of the mortals behind, the characters and lack of connection balloons. We have Liam (her father, who then spends most of the story asleep), Aoife, Niamh, Eithne, Saoirse, Aodhan, Deaghlan, Taghd, Aengus and many many more. Other than vague ideas about affiliation, I had little to no idea who these characters were and even less about their motivation.

Deaghlan is a boss Danaan, he’s up to something and intrigued – but I’m not sure why. Saoirse is plotting her own game, again, I’m not sure why. Niamh seems rather disinterested in the whole plot but, then, I don’t know why she would be interested. I have no clue why Aodhan suddenly decided to risk his life for Allison’s quest beyond a vague “fairies screwed me over so I’m going to stop them screwing others) which just seems flimsy considering what he risked.

I’m not saying any of their motivations make no sense – because they probably do, but only if you extrapolate yourself and make up your own canon for them because there’s no real characterisation there. It’s just names names names and none of these names, as far as I can see, have any real investment in Allison or whatever it is she’s going through

This lack of development continues elsewhere. I loved the world building of the humans in faerie, addicted and lost but becoming more fae than human – but would love more definition of exactly what the Danaan are and can do; we got a thumbnail sketch of possible powers but it felt hollow (especially since Allison’s own emerging abilities were brushed over in terms of explanation). I know that Deaghlan and Saoirse are in charge, but can we get more info than that? Are they monarchs? If so, they tolerate an incredible amount of informality and outright impertinence. The descriptions of faerie were fascinating – but stopped at vividly describing landscape – what’s the geography of this realm? It all needed a little more.

There is an emerging secondary plot which I assume will be dominant in another book – another child people mistake Allison for – which may at least explain why everyone is so invested in Allison’s life and family. But that wasn’t developed either – worse, this book didn’t so much as end with a cliffhanger as just end with the story still in the air.

I also have a minor problem with the ages in the book. For most of it, I pegged everyone as maybe 18? Possibly 16. Their reactions, their opinions, their relationships – they feel like teenagers, but apparently everyone’s in their 20s. It was jarring to me and contributed to me not getting to know the characters well.

Allison is a decent character – introvert but not rude, happy in her own company without being isolated. She’s conflicted over her mother’s illness, carrying a lot of understandable but unnecessary guilt. She’s determined to do what she thinks is necessary, she is righteously angry when it’s deserved and not given to cutseyness, spunkiness, or excess perfection. In all, she’s a pretty decent protagonist

The portrayal of mental illness in this book has ups and downs; it has an excellent portrayal of how carers for the mentally ill have to organise their lives, their worries and their constant checking. All very true feelings – from the carer’s point of view. At no point is her mother referred to as a burden, but it’s impossible for her not to be seen that way. I’m sure they care for her – but the main lens we see is her as a source of worry and the whole reason why Allison is willing to throw aside her entire life.

Despite having 10 gazillion characters, there are no minorities in this book.

I’m also left with a vague dissatisfaction with how the book progressed and, especially, how it began. Liam arrives to… what? Make things right for Allison and her mother? Excellent… so why doesn’t he? He doesn’t seem to make any real effort with either, it felt like he was just thrown in to get the plot started.