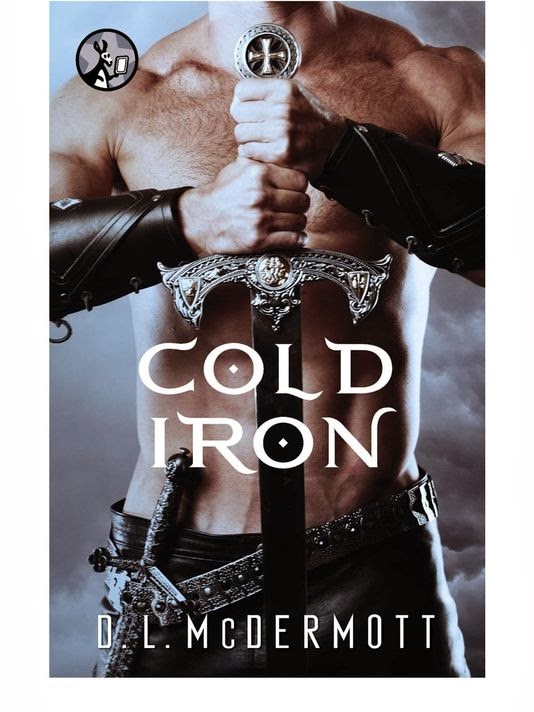 Beth is an archaeologist, struggling to make her own name when so much of her work – including her very unusual, even supernatural, ability to find dig sites are credited to her far-from-pleasant ex-husband. One of those finds leads her to a mound in Ireland – and a being that she releases.

Normally, dealing with her ex-husband’s theft of artefacts and attempts to frame her would be her main concern – but Conn, the ancient fae warrior, is seeking not just his sword, but Beth herself. The mortal woman has caught his eye and his fancy – and the fae never accept no for an answer.

But these new explorations have revealed a side of Beth she has long ignored – and could have implications for all of the fae, and the world beside.

This book had some strong positive ticks. The world building is solid, there has been some research or familiarity with old Irish myths and legends, we have some nice shout outs to mythology and mythological figures and a definite knowledge to some of the old tales which I really appreciated.

On top of that has been some very solid world building with some nice intriguing, interesting twists – particularly the druids and how they interact with the fae and their history. It’s novel, it’s original, it’s interesting and it has a lot of depth for exploration and nuance and potential conflict, I like it.

The fae are also presented in a way that is suitably alien and scary – and not in any way twee or shiny or friendly as well; scary fae are always good to read about.

The characterisation is pretty solid when it comes to Beth – she’s a character with a full, involved history, motivation and depth that has really created a character with a lot of depth behind her that reflects on her actions and thoughts really well. She’s a strong character, a fully fleshed character. Conn is much less so – he’s beautiful with a layer of angst for characterisation. His growth and evolution would be an interesting element to him but it’s pretty simplistic and expected – he’s not a bad character, he’s just not an amazing one either

One rather curious aspect of this book was the romance. It kept reaching the very edge of holding up some of the most awful tropes – and I was ready to tear it into little shreds – then twist right away from it with a subversion. The fae are, as I mentioned, not nice people in this book – at very least they’re arrogant, predatory and pretty lacking in anything resembling compassion and they have a vast sense of entitlement. Which means, when it comes to humans they find attractive, they don’t ask and they don’t care about consent.

There is a heavy theme of rape throughout the book. The fae think nothing of using their glamour or marks to force human women to want them – then when they’re done with them casting the women aside to waste away without the touch of the fae. This is evil. And it’s portrayed as such. No, really. When the ubersexy Con who is described in all his sexy glory starts making moves on Beth he is sexy and magical and magically sexy – and she says no, no and HELL NO. She spends a large part of the book adamantly drawing lines and boundaries around his behaviour and even he comes to respect that, giving her the tools to resist his glamour and to ensure that when they finally do move on to sex, there will not be even the slightest doubt about consent.

Something similar happens with Helene – but not only do we have outrage and fury at how the fae treated her, but an equal refusal to be bought or accept invasive romantic gestures that are supposed to win her over after the fact – especially since those gestures make little acknowledgement of her own personal space or autonomy.

This is definitely of the good – so many books would have portrayed this as sexy or romantic, but here it’s clear: Beth and Helene will not tolerate this bullshit and will be respected. Good.

Except… except these fae have centuries of this kind of behaviour and attitudes. The fact they’re learning and melting NOW doesn’t change that Conn is a rapist, nor does it change that Conn first approached Beth with an intent to rape her – and did certainly grope her repeatedly. Sure he learns to respect and honour her and would never touch her without her consent again and is now dedicated to never touching another woman ever – but that doesn’t change centuries of being a rapist. We have Beth’s abusive and molesting ex-husband who is a villain and gets his – but Conn hardly occupies the moral highground.

A second trop ethat is interestingly subverted is the “inexperienced heroine”. Beth had one love before Conn – her ex-husband who was bad on many levels. She has never had an orgasm in company before – so far all very clichéd (the heroine can never be sexually experience lest she be a slutwhorejezebel and therefore evil). Except, once she gets past Conn’s rapeyness, she wants to have sex with him. Not because of magic, not because of true love not even because of irresistible attraction – but because she’s a grown woman who is past due having some good sex, damn it! There’s no other justification presented at the time – Beth wants sex because she wants sex and she doesn’t make any excuses for that

The story itself is nicely solid – the romance is woven into it and very dominant without completely taking over all aspects of the book – though I do think there were times when actually pursuing their main mission was bumped too far down their priority list especially since it was time sensitive. The world was shown off well, infodumps were used sparingly and appropriately and the story, while being a somewhat standard romance with a linked find the shiny/protect the girl quest, had enough unique elements and twists to make it fresh. It was a new take and the way the characters and plot lines worked together made for an engaging story that kept me invested and interested.

Unfortunately, there were no minorities in this book, while the cast wasn’t huge, it was large enough for the absence to be painfully noticeable.

This is a good solid book. It plays with romance tropes and has all the heat you could want, without letting the romance overwhelm the story or the characters. The characters and the romance itself bring in enough unique elements to make the story engaging and different and the plot runs nicely alongside, usually on track and developing both the world and the characters pretty strongly. It’s a good, fast read that I enjoyed with several elements I appreciated