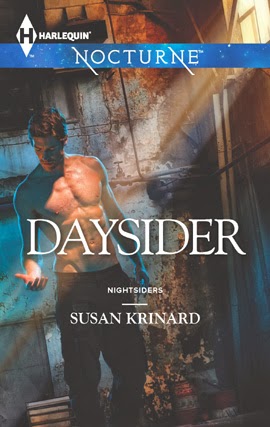 Alexia is a dhampire – half human and half vampire, born in the savage times when the vampires first rose from their long hiding places and made war on the world

It’s now a very different world. The treaty has established human Enclaves and vampire Citadels – with clear Zones between them in a desperate attempt to prevent another war breaking out between them. But there are factions in both governments waiting for a chance to march again and desperate to do what they can to bring about the complex.

Both sides hear of an illegal vampire colony in the zone – both sides have to investigate to see who is responsible and how badly the treaty has been breached.

Alexia works for Aegis, the human defence agency as a spy and agent, her job is to enter the Zone and combat covert actions from Erebus, the Vampire Citadel. Damon is a Daysider, a rare daywalking vampire hybrid who works as an agent for the vampires. Forced to work together, they investigate just who is behind this colony and try to find a way to stop a seeming inevitable war.

The main thing I liked about this book was the world setting – a post war dystopian vampire setting? Two hostile powers, humanity and the vampires, both controlling their own nations and glaring at each other? A delicate balance of politics and agents to try and prevent another mutually destructive war while extremist factions on both sides are just dying to bring on round 2? Different varieties and mutations of vampire and dhampire acting as agents for both sides, trying to prove their worth and loyalty in societies that barely trust them and will never fully accept them? Both factions have also had to make major compromises that, on some level, makes their societies thoroughly unsatisfactory as well – creating even more pressure for change, even if change could bring everything down in ruins.

Yes, sign me up. This is designed to intrigue me

The plot isn’t entirely original per se – though it’s not overdone either.  It combines with the world and a series of twists and plots to really really work. The plotting of both sides is complicated and nuanced, there are some excellently placed red herrings, lots of confusions and distractions and a constant pressure on who to trust and why. This couples with the really unique and fascinating world setting, drastically different view points and societies that have, at best, made some very severe concessions which neither are happy about and certainly are questionably moral or suitable for their people to make for a very compelling story.  Except for the romance (which I will get to) the pacing is good – well run with a nice

I think I would have been happier with Alexia being conscious a little longer at the beginning of the book – she was rendered helpless and defenceless, in need of aid and protection far too quickly for her to develop as competent in her own right.

I did find the ending… too neat and a little forced. It ended nicely with everything where it should be and a set up for new stories with the same characters in the same world; but it also had a major doozey of a coincidence with Damon’s old love interest and the intervention of a Deux Ex Machinae to make the story work. I’m hoping that they will be developed into a greater role in later books and not just be a convenient super power dropped in to make this story actually work.

The main problem with this book is the romance – it gets in the way. I know this is when people look at me and say “you just don’t like romance” and I can understand why they think that since I’ve been scathing of several Paranormal Romances. But it’s not the concept of romance that annoys me – it’s the story-breaking execution of it. Like in this book:

Alexia and Damon are both field agents for enemy powers. The human and vampire nations have recently fought a war of utter annihilation that only ended. They hate one another and their people are raised on lots of demonisation of the other side and constantly walking the razor’s edge of war – a war only averted because of the mutual damage it would cause. The human and vampire nations – and humans and vampires in general – do not get on. That goes several times over for Alexia who is a dhampire and has been raised to hate her half vampire self and to fight for humanity.

By the end of the week they’re happily considering abandoning the nations they have sworn to protect and serve. Not because they’ve been presented with a better way of living – but because it will allow them to be together.

And while in some books I can ignore a hurricane romance with the participants going from knifepoint to altar so fast the vicar feels the need to wear body armour, this really damages the story. The antagonism between the powers, the motivation of the characters. If they’d had, say, a few weeks or months downtime saying things like “for several weeks we watched the compound, in that time I grew to rely on him, I appreciated his wry humour, his… etc etc” some sense that time has eroded their prejudice. As it stands there’s just magic love and sexual attraction as a stand in for either character actually evolving.

This also came with the standard drooling over each other at very inappropriate times – and the first time they come close to having sex, Alexia is feverish and hardly aware of her actions – and obviously so, Damon has no real excuse not to step away.

There are elements, because of this, that I think needed more developing, rather than spend time on the romance. Like the nature of vampire and human society, maybe some more reinforcement as to exactly what Damon and Alexia’s outsider status actually means and how it is represented.

Despite an early ailment forcing Alexia to be incapacitated for a large part of the start of the book, she rallies quickly. She is a capable and determined character who makes risky decisions – because it’s her job, not because she’s spunky. She adamantly refuses to be protected and sheltered and when Damon tries to give her instructions she’s quick to make to clear she has no right to dish out orders or expect her to keep sheltered when she has a mission to do. She’s every bit as much of an agent as he is; and she’s not the only capable woman in the book, even though few of the characters beyond Damon and Alexia are developed, there are women both human and vampire ready to step up and fight for what matters to them

Alexia’s boss at the agency is a POC, but he’s the only one that was noticeable and it is pretty much promotion to obscurity (though, again, only the two main characters actually stand out as characters). There are, sadly but very commonly for any kind of dystopian, no GBLT characters – GBLT folks are just too tasty for vampires it seems.

In all, the originality of the world, some decent characters and a good storyline made it a good book. But it could have very easily been a great book.