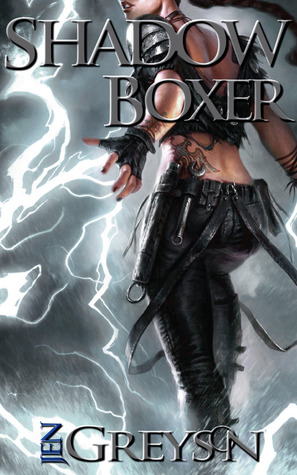 Evy Rivera is trying to embrace her fate as a lightening rider.  Evy knows that there is so much that she has to figure out about her power and even more importantly, Evy must figure out the motives behind the two guides who are sending her conflicting messages because the fate of the world is depending on it. Tesla is a figure that history has chosen to largely ignore, though much of what we use on an every day basis is based on his designs.  As brilliant as Tesla was, there is so much we don't know about what he created.  Evy is tasked to find Tesla and protect his free energy designs.  Imagine how the world would change is free energy was available to everyone.  Even when power is free though, it just might come at a terrible cost.

Evy is still very new to the time travel business.  After  saving Aurelia, so that her line can produce a very important scientist, it's time for Evy to move on but she finds herself continually drawn back to ancient Rome to visit with Constantine.  This is the ultimate in long distance relationships because not only are they separated by an ocean but centuries in time.  Evy cannot put this ancient warrior behind her, yet chafes at  his suggestion that she needs to be protected.  Can their love affair manage the impossible?

Shadow Boxer at times felt very rush and confused.  Evy didn't so much really investigate, as fall into situation after situation.  In Lightning Rider, Evy chose to trust Penya over Illya based on his obvious sexism without really learning anything about either of them.  In Shadow Boxer, Evy is even more lost and though she knows Penya is withholding information, she chooses to trust her.  Evy essentially goes along without questioning, even when it becomes patently obvious that she should and I don't understand that at all.  Evy spends much of her time trying to outwit Illya and truth be told, though this was meant to make her seem calculating, it was completely undermined by her absolute trust of Penya.

Even though it is essential that Evy travel through time, this element of the book helped to make it feel as though it had no real cohesion.  Evy was absolutely directionless for much of Shadow Boxer and this made it hard to invest in the story.  As a reader, I was very well aware of the historical characters in this novel but Evy was largely in ignorance because she didn't take the time to research.  This is ridiculous when she had the internet at her fingertips.  Why wouldn't she spend more than a few cursory moments on google researching Tesla and his contemporaries?  This is especially troubling after Evy realises exactly what is at stake.

Evy's relationship with Constantine continued to grow.  Much of the interactions between Constantine and Evy were on her terms, which is good, given that female protagonists too often get swept in love to think clearly.  Evy called all of the shots and kept Constantine waiting and her chafing at the idea of needing protection was a good thing.  With all of Evy's power, she actively realised that if she learned to use it properly, she was a real threat.  I must say that in the end, I was irked that somehow Evy decided that what Constantine meant by protection is that she needed a partner, to justify changing the terms of their relationship.  He didn't mention equality; he repeatedly said protection.  Realistically, for a partnership, Evy had her father and her sister, who would be far more capable because they are lightening riders themselves.

Evy is a Latina and Greyson continues to give us a good sense of her culture.  This rarely happens with characters of colour in this genre.  Not only do we get Evy using Spanish words from time to time, food is used to transmit culture.  Evy continues to be far from the cardboard cut out Latina and we get the strong sense that her culture and family are both extremely important to her.

Shadow Boxer is book 2 of the series and we still have yet to have a GLBT character.  This erasure of course is quite common.  I do however think that there is reason to question Tesla`s sexuality but that was not explored in this novel, simply is inventions.  That said, a possibly closeted gay character does not count as inclusion.

I went into Shadow Boxer with a lot of excitement given how good Lightening Rider was and was saddened to see how poorly written this novel is.  It suffers from terrible pacing, a protagonist who falls into situations rather than investigates and is downright choppy with little cohesion.  It is over written and padded with useless description.  It bored me and I found myself skimming whole pages to get past the useless description and move onto the story.  Shadow Boxer ended on a cliffhanger and even that did not increase my interest in this series.  Shadow Boxer is the book you pick up at the doctor`s office while waiting for your appointment and then quickly forget.