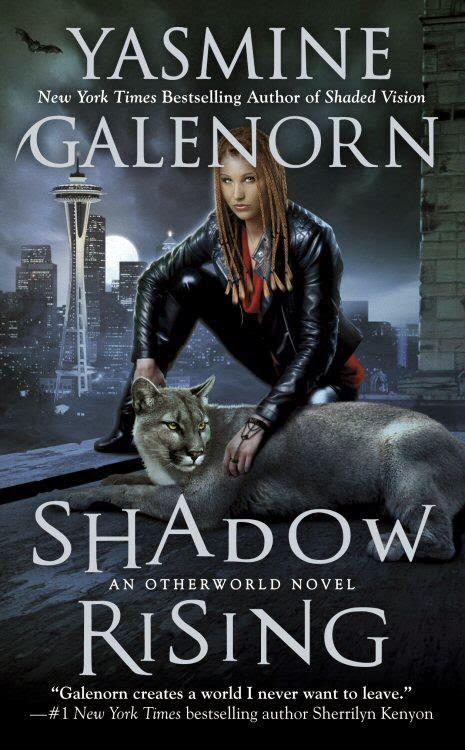 Menolly and her sisters continue their epic battle against Shadow Wing and his quest to bring the demons to Earth and the Otherworld. A new front has opened up in Otherworld, the sorcerers rising up from the Southern Wastes to bring the world to war again.

While on Earth, the Lord of Ghosts has unleashed a torrent of spectral monsters preying on any with sufficient magic to be tasty – but their goal may be far more insidious than that.

Reviewing this series is becoming increasingly more difficult – because I often find myself without anything original to say that I haven’t said about the previous 11 books; they’re all strong in the same way, they’re all weak in the same way, all that changes is the details of how those strengths and weaknesses are expressed

On the plus side we have an incredible rich, broad world. I honestly don’t think I’ve read an Urban Fantasy series that has even close to the varied world that this has. And it’s more than just the standard grabbing an encyclopaedia of world myths and legends and just copying down every name. Every group, every faction has its own history and politics and goals and depths – they’re more than just a word or a brief thumbnail: they’re cultures and peoples and realised characters

The same applies to side characters, very few of the named characters in this book are just names. They have histories and lives and goals and personalities – there’s a lot of fully fleshed out people in this series – not just names and place holders

Together this increases the epicness of this book: there is a real cost to battles lost because people will be lost, people who have been established as having meaning and a presence. There’s also a great sense of the epic brewing because of all of these cultures and forces coming together – either as allies or enemies – each of them throwing their force to the war – but also their history and culture to the battle.

The downside to all this is the books are really stuffed, there’s a lot of exposition, a lot of distraction and this can leave the whole series feeling unbearably overloaded and awfully slow because there’s so much to dredge through before we can even come close to reaching the meta. Especially since so much of the books are unnecessary side plots, recaps or exposition.

Take this book – we had some excellent development of the world building of the vampires, what it means to be a vampire, their origins and their culture. We had some good look into Otherworld History with the southern wars against the Sorcerers and how that relates to them being a current threat and some world building on the nature of magic. This lead to some foreshadowing for the future as well as another front in the battle. The main plot was against battling against Shadow Wing’s chief evil lieutenant in the world and it actually took up a fair amount of the book making it at least a somewhat dominant focus of the characters that is better than in previous books where it felt like an afterthought

On a personal note to the sisters, Menolly  focuses some of her attention on her relationships with Nerissa and Roman, finding where they all fit and restating her dedicated commitment.

This is all good – all of these plot lines advance the world, the setting and the main plot – they’re fun, they’re interesting and they bring the good stuff

But… if the sisters are going to reconcile with their father after that whole plot line added nothing to the story was there any real need for the rift in the first place? And do we really need to have a pregnant Sharah? I mean, I can deal with Iris and Bruce because Iris is a major character in her own right and that has been part of her arc – but Sharah? And the werecoyotes are staying with them now? Was there any real reason why we had to have the elder fae play around and the fae queen? It added nothing to an already overstuffed plot. And the will-o-th’wisps? Why? We had an enemy and a focused quest – why throw in a completely random encounter? Or the random murdered fae agent? What was the purpose of the painful amount of time they spent visiting Carter? And was there a need for them to go to the ghostly club? Venus the Moonchild drops in (not a problem given the circumstances) and updates us on Zachary – nice but there are too many characters for us to have little recaps into people like him and Sassy and other minor characters who need to no longer be mentioned any more so the story can move on.

Which goes for the recapping as well – it needs to stop. This story is 12 books in – that’s 12 REALLY full, overstuffed books full of trivia that no-one can possibly recap. Stop trying to squeeze in every reference. This, to be fair, is definitely improving as the book moves on but there’s still too much; it probably wouldn’t feel so full if there weren’t already just so much there already with the plot – the very very big meaty plot – already fighting for space.

When the story focuses on the main characters, it’s excellent. The way they’ve grown and adapted, how they’re dealing with trauma rather than it being magically healed, the fact they’re caught between two worlds, their insecurities and fears – it’s all well done. But to get to that you have to cut through so much

As to inclusion, Morio is stepping up more and more adding to the POC presence in the book but I still think he’s rather eclipsed by Smoky and Trillian, along with some background POC he makes the cast not all White but they’re not in prominent roles. Better we do have several bisexuals – including Menolly and Carter – though, of course, everyone is allergic to the actual word. While Carter’s relationship barely even deserved the name, Menolly and Nerissa are dedicated and loving and truly intimate.

I continue to want to see where this story is going. I want to follow the sister’s lives. I want to see their adventure through to the end. I want to be along in their battles, cheer their victories and with them in their defeats – but I do so wish that the road wasn’t so long and twisted with so many distractions along the way.