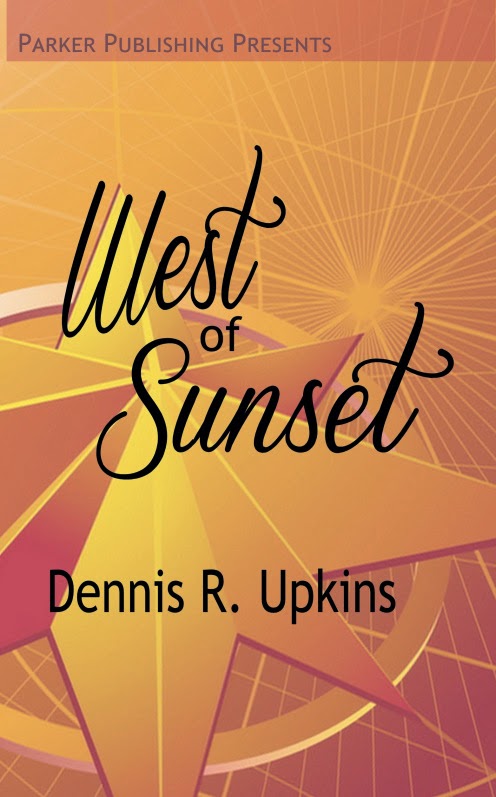 Brecken is a wizard, top of his class and much in demand for his skills as an investigator; skills which take him to Scotland and to California to face off against demons and vampires with only good friends and whatever magic he can muster to see him through.
This book contains two separate stories following the same protagonist.
The first, I’m afraid, I found pretty impenetrable. Honestly, it was a struggle to keep reading and if this story hadn’t turned into a second story half way through the book (something I didn’t know before reading this) and if it hadn’t been the book of the week, I would have put it down unfinished.
It had a huge number of characters many of whom weren’t particularly characterised in any depth and many of them representing an array of supernatural creatures, without any real development of what those creatures mean. We had an angel – but no particular depth behind that, what it represents or what it can do, demons that were pretty much the same, a guy called Elroy I’m still not sure where he fit. Then, we had the twins who were the last remnants of a dying race; but I had no sense of that about them at all, even though it was supposed to be their driving motivation and all I know about these guys is they have super powers – but that’s it; what they were labelled could have been anything because it would have made the same difference to the plot. What world building there was was delivered in huge chunks of info-dumping dialogue which itself was a problem.
The characters themselves didn’t focus on the plot much and were juvenile. Their dialogue was kind of frustrating and pretty ridiculous – these are supposed adults (include an actual police detective) taking childish bets over whether someone’s gay or not? In between fighting demons? They even have time to angst over whether or not said gay character finds them attractive, all so that Brecken talk about the arrogance of straight men believing that all gay men find them attractive. These conversations go on for a ridiculously huge portions of the book and they’re infantile, mind numbing and frustrating to slog through and just make me dislike pretty much every character. What more, these last two remnants of an ancient and lost race are more interested in getting laid than discovering their own origin. There was also a problem with the female characters – Nemesis the angel (who really needs a slightly less obvious pseudonym) is a WOC and several kinds of awesome. But the actual human women? We have a chiding elderly servant and then 3 blonde women who are cardboard cut outs of vapid, sexist tropes that they were pretty cringeworthy. That’s right, “scantily dressed young women  who looked as if they were all members of the Alpha Gamma Blonde sorority” The female villain was also pretty sexualised.

It’s also worth noting that apparently the best way to shame straight young men for their homophobic behaviour is to use misogynistic language as this passage highlights:

“This poor soul comes to aid you on your quest to discover your  origins and you repay his kindness with petty gossip, violating his  privacy,   disrespecting   and   utterly   humiliating   him   by   cavorting  about like a bunch of prepubescent females.”  “Did she just say we acted like a bunch of high school girls?”  Jacob asked.  “Lower your heads in shame!” Nemesis ordered, her low tone  brooking no disobedience. “Lower them!”

Putting this kind of language into the mouth of the sole strong female character in this story only makes it that much more unacceptable.
The story was also set in Scotland and didn’t feel even slightly like Britain, sadly.
The second story was a step up. After the beginning (which continued the unfortunate love of gay stereotyping and jokes from side characters and a random woman who had a brief conversation all about sex at the beginning), we focused on a much tighter selection of characters, basically drawing down to 3 major and a couple of minor. This also allowed a greater focus on Brecken, some more development for him and a bit more focus on the plot, which remained central and moved much faster and more clearly. We still have some odd elements interjected into the story that would work if it were a longer book.
But it wasn’t, so the world building still touched on a lot of things – the vampires, the nephilim, magic, without really going into what that means or actually developing that world. There was a random sideplot thrown in about some guy who absconded with lots of money who was just kind of there. These are the kind of side plots that would be fine in a full length novel and just don’t fit in a short story. The women in this story were somewhat better - in the case of their ally and non-sexualised enemy, but side female characters were far less so
The protagonist is gay and Black and the story has several sexual interests who are also gay (there’s also some attempts to poke at gay stereotyping but it mainly comes as a long string of rather bizarre gay jokes coupled with a strong shard of exceptionalism “I’m not like them” writ heavily). We have some strong POC including a strong Black woman in each of the two stories who is very capable and kicks arse. But outside of those two stand out characters, most of the other women are nearly always sexualised and dogged with sexist stereotyping
There are parts of both stories that address racism the protagonist has faced – it’s insightful (if you are below a 101 level of anti-racist theory) but, like so much of the story, it’s very much tell-not-show and pushed into the exposition in a rather-less-than-elegant or flowing fashion. Honestly, the character could have stood up and announced “and now we’re going to have public service announcement.” Discussions of social justice were woefully crammed into the story and did not fit with the flow.  If anything, West of Sunset reads as a perfect guide in how not to do inclusion.
It’s a shame because we have a very diverse cast in terms of numbers of minorities, a few women, a Black, gay protagonist and several other POC and gay characters. The book is definitely made a major effort to address racism and how race informed Brecken’s character and experience but it was so clumsy, added to the rather appalling dialogue and in doing so failed to be any kind of effective vehicle for the message. It’s less a case of “this is a Black character, these are his experiences” and more “this is the point I’m trying to make. I will insert it here.” Like tweets have taken the place of dialogue. Take this passage for example:

This is just the type of over the top forced inclusion I am talking about.  It fails on so many levels. Driving responsibly isn’t going to make driving while Black happen less.  His argument is dependent upon the politics of respectability and in fact, was only included to specifically remind us that the White character is privileged and the Black character is marginalized, rather than build a greater understanding of Brecken, the protagonist. It is without nuance and smacks of proselytising without any sort of critical engagement with race specifically. Rather than a story that maintained a social justice awareness, it felt like a social justice point with a story just there to deliver it.
In the end, Brecken could be interesting, Bracken, wizard, investigator, competent nerd beginning to relax a little in his own skin – he can be an interesting character. But this interesting character needs more to work with than what has been presented here – a wide, but undeveloped world, plot lines that are often stalled, a weak supporting cast and atrocious dialogue that screamed at me to skip ahead. The didactic nature of this story was informed solely by the author’s social justice position and while I can agree that as a species we need to push toward equality, the approach in West of Sunset was hackneyed at best.