Once Upon a Time, Season 5, Episode 9: The Bear King 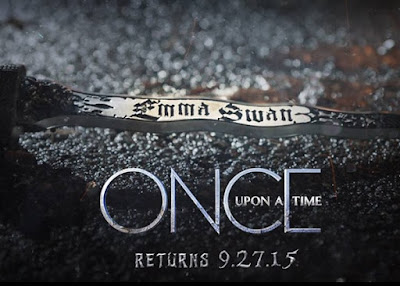 Past Camelot Zelena has teleported Arthur to Camelot (‘tis a silly place) and the pair don’t like each other very much but they do have to work together – and for that they need another shiny from Dunbroch – Merida’s land.

Where Merida has just saved her brothers and proven herself to be Queen material – as she and her mother prepare for her coronation at her father’s grave.

This is not nearly confusing enough! We need a flashback to Dunbroch several years earlier when King Fergus was alive and going to look for the witch who turned his wife into a bear. Not for vengeance - but because he needs more magic to resist invasion.

Aaaagh this man should never ever make a deal with magical people!  Can you imagine what Rumplestiltskin would have done with such vague terms?!

Fastforward to the coronation year and it’s Merida’s coronation – when the witch arrives despite not being invited. What, not invited? Damn it people – first making vague deals then not inviting evil magical people to your shindigs? Have ye never read a fairy tale?!

She’s here to collect on her deal. She wants more money than the whole clans have – and if she doesn’t get her money or the helm back she’s going to curse the whole kingdom to become bears.

She’s something of a one trick pony it has to be said. Or she has a thing for bears. She also leaves with a little stab about Fergus not knowing how to lead.

Unfortunately that helm was taken by the knight who killed Fergus – her mother isn’t a fan of Merida running off questing after a helmet held by a knight who already killed Fergus.

Flashback to when Fergus was alive and Merida is faced with both the contempt of the soldiers and the harsh realities of war and people expecting to die – and Merida gains a tutor. Mulan

MULAN!!! Someone opened the plot box! Mulan tells her honour is super important.

We have a fun training montage with more contempt from the men with Mulan saying smacking them would be strong – but not smart. And strong doesn’t lead (as an apparent example, she sees all the men cheering Fergus). Merida is stunned and she begs her dad to tell her how he manages to inspire them to go into battle – and Fergus says you need to be on the front line, you need to show them you’re willing to risk your own life.

When it’s the time of the battle, Fergus tries to have Mulan distract Merida and keep her from the fight – she arrives late to fire the shot that fails to save her father

So it’s naturally Mulan Merida turns to in the Coronation year when looking for someone to join her getting her dad’s helm – and she finds a Mulan who cares less about honour and far more about money. She agrees – so long as she keeps her secrets and there’s no prying questions. Of course Merida doesn’t stick to it – why has Mulan become so cold: Mulan has learned a new lesson “a warrior doesn’t let anyone hurt them”.

Arthur and Zelena are also after that helmet and go to the Witch. She tries to be all ominous but Zelena isn’t impressed and nearly drowns her in her own cauldron. She tells them she’s sent Merida after the helm – while Zelena and Arthur snark some more (Zelena isn’t as good at Regina, but she’s still good at a cutting remark).

They catch up to Merida and Mulan and Arthur reveals what the helm does – it makes other men fight your battles. All that devotion the men had for Fergus was magically induced. And it’s what Arthur needs to get his knights to face Merlin and the Dark One. Zelena continues to be gloriously evil – and steals Merida’s bow to help her find the helm

Of course Merida now has a huge crisis of confidence – because if her idealised daddy needed dark magic to lead then what chance does she have? She’s now happy to hand over the quest to the clans because she has no confidence in herself – and Mulan’s crushed spirit doesn’t exactly inspire Merida to do different.

Mulan decides to follow the clues anyway to try and make up for the terribad example she just set her former pupil– and she goes to see the witch and her giant wolf – who Mulan doesn’t fight. Instead she uses a potion which turns the wolf… into Ruby! Red Riding Hood!

RUBY?! HOW LONG HAS IT BEEN SINCE WE SAW HER!

Ruby and Mulan talk about the friends they have in common including Prince Phillip and Aurora about to have a child – which doesn’t make Mulan happy.

We have a brief recap of why Ruby disappeared for several seasons – she went realm hopping with a magic bean so she could try and find her fellow werewolves. Which she hasn’t found –but the witch enslaved her in the process.

And now she can use her wolfy nose to track down the killer of Fergus and the helmet. Which means they can convince Merida to join them again without her handing the crown to her rival clans.

Zelena and Arthur find the helm with magic – only to have Merida & co around. They’ve found Fergus’s killer, King Arthur. He invaded Clan Dunbroch for on his endless Excalibur quest. And why didn’t Arthur have the helm? Because Fergus was wearing a different helm in battle, he’d thrown the enchanted helm in the sea and led his people with his own charisma.

Zelena really doesn’t care. So battle time. Including lots of angry ranting back and forth while Ruby and Mulan ambush Zelena with sleeping powder to stop her killing them all with her awesome power (well it would have been a short fight anyway). Arthur may have won the one-on-one duel with Merida – but the heads of the three other clans appear. A woozy Zelena teleports her and Arthur away. Merida thanks her men and they all kneel to their queen, impressed that she was willing to give up her crown for the sake of getting back the helm and saving her people.

Now she can have a proper coronation – and for the Witch to arrive. She refuses to hand over the crown, deciding instead to destroy it. The witch applauds – she wants a Queen who won’t rely on magic to rule. Yes, a convoluted magical test. And she has the gift of ale that will let her speak to her dad.

The Queen Mother “Your Magic’s not very direct, is it?”
Witch: “it gets the job done.”

Celebrations! And Merida learns why Mulan was sad – she said she had a broken heart after waiting too long to tell them how she felt. Ruby suggests that rather than wallowing in self-pity, she join Ruby on her quest to find other werewolves.

And Merida has her reunion with her dad’s spirit. She then declares vengeance against Arthur

That was immense fun, with some very over the top but also still awesome lessons about leadership and being smart rather than being strong and 3 awesomely fun female characters I hope we will see much much more of

And I do like the little snarky call out of how magical quests/lessons tend to be a little convoluted. And a nice different take on the witch – not evil, but dispensing her rather convoluted magical learning experiences.

The plot box has been found! Ruby and Mulan have both been released from where they have been banished for a truly ridiculous amount of time! Ok the excuses for their absence were pretty shallow and flimsy and convoluted. But hey I’m just happy to have them back after seasons of absence for no good reason (and with no-one noticing them being gone).

I just hope that there’s some plan for them to rejoin the main plot – these three characters are just far too awesome to not be used again. Merida’s pledge of vengeance suggests she will be coming back.

But what about Mulan and Ruby? They need to rejoin the main plot as well. Especially since we badly need some follow up on the may-be-bisexual-but-we’re-going-to-preserve-plausible-deniability Mulan storyline where she DIDN’T come out but did raise a whole lot of hope. Even now, she’s been careful how she’s referred to her heartbreak –it could still refer to Phillip as much as Aurora

I don’t think it will – not unless Once Upon a Time is even more contemptuous of LGBT fans than I already think they are – and I think Ruby/Mulan is likely to become a thing. But then it’s all the more reason why, after 5 seasons and no LGBT inclusion, it’s important that they don’t become one-off brief appearances before vanishing again.