Teen Wolf, Season 5, Episode 14: The Sword and the Spirit 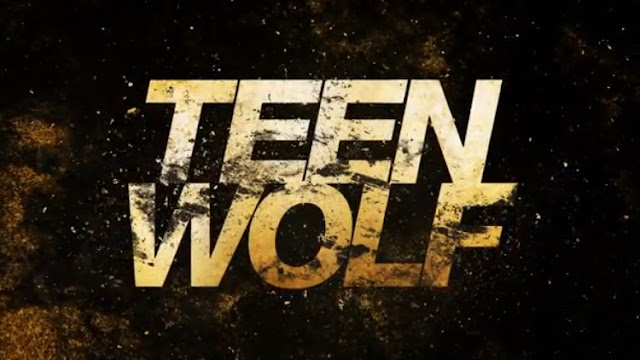 Gerard and Chris are still around (and Gerard hasn’t been killed) exploring the tunnels under the town because that’s what everyone here seems to do when they have some down time. At least the Dread Doctors are there so they’re not just randomly exploring for funsies. They makes lots of foreboding noises about the Beast not being killable (except, apparently, by a young woman with a spear). I think Chris is supposed to be impressed and intimidated by this family story but, instead, he manages to convey “my granddad was really stoned if he believed that”

They don’t find the Beast. Gerard is not horribly horribly murdered – but they do find a whooooollllle lot of bodies: the Dread Doctors have been hiding the Beast’s kills.

Those bodies are brought to the hospital where it worries Parrish who has had ominous dreams about said bodies. It also has the Sheriff dish out the REALLY BIG GUNS to the police and then send them wandering around school (the police actually look no older than the students and this generally looks like a really really bad idea. Besides, isn’t like half the student body werekanimawendigos now?)

Liam and Scott also investigate the tunnels because this town just has nothing else fun to do on a weekend (and Malia told Liam to tell Scott to go there – and Liam being Liam he decided to go alone. AND STILL DIDN’T DIE! Really, a damn fool teenager goes into spooky tunnels alone, I demand they get brutally murdered for the sake of the gene pool!). Scott and Liam kinda sorta reconcile except Liam still has all kind of guilt. Which he totally should. Shaaaaame on the baby wolf! Shame!

They also run into Gerard and Chris (how does ANYTHING hide down these tunnels? Down a side passage they find the cheerleading squad and the chess club is meeting past the third storm drain) and Scott is every bit as much a fan of Gerard still being alive as I am. Still he apparently knows useful things. Except “useful” means “the beast is dangerous and kills people and also makes ominous murals!” which is not exactly news. One of those murals also indicates the big bad enemy of the Beast – a Hellhound

Yes, that would be Parrish. They decide to test his hellhoundness by trying to burn out his eye with a blowtorch (because Gerard is awful). I though his houndiness had already been confirmed before the break? This also comes with a story of Parrish as a soldier in Afghanistan (reminding us, again, that he’s far too old for Lydia) and how a bomb blew off all his clothes except the curiously resistant army shorts. They should make tanks out of that stuff.

Malia is still working with Braeden to find her mother, the Desert Wolf, and Deaton her belatedly remembered captive. She decides to accept Theo’s help

Yes, that Theo. I despair of the decision making of some of these characters


He uses a Dread Doctor device (after she lets him DRUG HER) to help her find her mother and it works (also gives her the tunnel clue she passes on to Liam leading to his own terrible decision). She, Braeden and Theo go to where she is hiding – in Beacon Hills

Braeden, by the way, actually having half a brain in her head thinks that trusting Theo is a very very very bad idea. She also thinks it’s a very very bad idea to just charge into a deserted military base without any kind of recon. Especially since the Desert Wolf is happy to use weapons since she’s lost some of her powers (oooooh revelation)

Alas, passion beats common sense every time and they charge in because Malia insists. There they find the Desert Wolf which is dramatic and it becomes a show down between Malia and her mother: because Theo betrays them, takes Braeden out of the equation (really does she just spend the rest of this fight just hiding in the corner? Into the corner glorified extra, we have mummy issues to deal with). Malia and the Desert Wolf fight with Deaton happily explaining that, in case you missed it, the Desert Wolf wants to kill Malia and eat her powers.

They fight and there’s lots of back and forth until the Beast breaks down the wall and tries to eat Deaton. Malia choses to rescue Deaton and the apparently sleeping Braeden to get out.

That leaves Theo to catch up with Deucalion. Yes, Deucalion is back – and he’s willing to teach Theo how to eat the Beast’s powers which is his master plan. He wants Scott’s eyes in response because he’s an evil blind man who steals eyes.

Of course he is.

Meanwhile Lydia is in her asylum, being experimented on (with her mother’s consent) and learning to sue her scream as a weapon thanks to ghostly Meredith. She learns – inspired by terrible Banshee vision of everyone dying – but her escape plan still fails

That’s ok because the newly united pack: Kira (without her sword), Scott, Stiles, Liam (alas) and Malia is all ready to break her out.

I’m going to say I’m annoyed by Malia’s story for the same reason I’m a little annoyed with Kira’s – neither went anywhere. I mean, we knew the Desert Wolf was out there and trying to kill her in the same way we knew Kira’s fox is causing problems. And we still know that. But we don’t know a whole lot more, the plot line didn’t go anywhere and felt more like a way of getting them both out of the picture for a time – and when we returned to their storylines it was to almost instantly close them (for now) to return to the main plot. They just weren’t sustained or built enough for this. Also Deaton and Braeden are grossly obvious as extras here – why are they both involved in the Desert Wolf Storyline anyway?