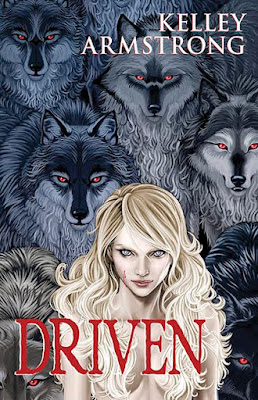 When the Otherworld Series ended, I was deeply saddened because this series had so many more books left in it. In particularly, of everyone’s stories, I wanted to know Elena’s. Not because she was my favourite of the Otherworld protagonists (that would be Paige), but because her story was the one that had the most meat left in it. Everyone else could certainly have more stories told about their lives and experiences, but it was Elena’s that screamed to be continued

We saw hints of it in some of the short stories – but those hints made me want more. I wanted to see Elena and her expanded Pack as she gathered more numbers to replace the decimation of the very first book. I wanted to see her develop her pack with new ideas and principles. A pack that moves on from the horror of before, a pack that is more open, more cosmopolitan, a pack that sees Mutts as more than vermin and a pack that is part of the greater supernatural community. A pack that thinks and cares while still being skilled and ruthless

Elena’s pack. Elena taking the foundation that Jeremy began and taking it to all new levels. That is what I wanted and this is it – what I always thought the series needed and here it is

So yes, much glee

And it’s awesome. It’s everything I wanted. The pack has grown, it has numerous female characters who have been added to the pack through love and family; not werewolves but equally powerful and dangerous and skillfull and useful. The pack is richer for their presence

And it’s richer for having Elena in the lead. Elena seeing werewolves beyond the Pack. Elena who sees the greater supernatural community and the place of the Pack within it. Elena who understands the modern world. Elena who is leading the Pack to a true golden age – and it’s really excellent to see. She is a brilliant Alpha

I love how she mixes both her new progressiveness with the continued traditions of the pack and the Alpha traditions still that keep the pack as werewolves. She’s still the Alpha, she still eats first, there are still ways and means to speak to the Alpha. Not that you can’t disagree with her – but there’s a means: she combines the two. Both an Alpha you can disagree with  - but still an Alpha, an Alpha who must be respected.

This is all shown off excellently well with Malcolm. The epitome of the old pack, of what the old pack stood for, of everything that was wrong with the old pack (and, maybe, just a few shreds of what was right as well). He constantly questions and every time we see why Elena is right, why the new Pack is better, why her way is better

But in the end we get that same ruthlessness the Pack needs. She isn’t a better Alpha just because she’s fluffy and nice and kind – but because she is compassionate and smart and ruthless and is willing to use even Malcolm. I like that –it would have been fluffy and nice to have Elena rule over a pack of happy hippy werewolves. But Elena ruling other a pack of smart, useful, skilled werewolves who are still dangerous even if they’re not vicious? That’s far better.

The addition of several female characters bodes well for the werewolf story as well. I’ve always opposed the whole “no female werewolves but one” trope that this series had (and so many others as well – I’m really sick of woo-woo being male only except One Chosen Woman). If this series does go further I have some hope these will be developed more. Alas, there are still no POC in this book (this is a really really White werewolf pack) and no LGBT people. This is an ongoing problem not just with the werewolf stories but with the Otherworld series as a whole – it’s a vast world with a huge cast of characters and very very very few minorities.

So, can we keep this going? Ok, there’s still room for improvement, definitely on the equality and diversity level, but I have wanted this book for a long time and now it’s done I want the next one. This book just tells me how much more there is in the Pack, how much more Elena has to tell, how much more to explore there is here. When some series ended, even series I loved, I was sad but I also accepted it was time. It was better the series ended before it ran out of ideas and run down. This is not one of those series - there must be more to come.