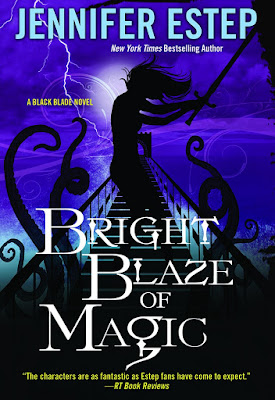 Lila has worked with the Sinclairs to disarm the Draconis, doing their utmost to sabotage the rival family’s master plan to take over Cloudburst Falls

And it works – but not enough – when the Draconis move it only leaves them with a few slim bargaining chips to try and stave off destruction – and for Lila to finally have a reckoning with the murderer of her mother.

I love this series and I really like this book – or I tried to. I tried really hard, because there are a lot of elements of the book I really love. But there’s also a major issue – the plot.

My issue with this book is the plot requires just a little bit of unreasonable character stupidity.

The whole big dramatic moment of this book is that the Draconis are planning an attack against the other families – and we know from the very beginning of the book that the attack is imminent.

We also know that all the families are apparently going to gather with minimal guards and no weapons. All conveniently in one place and unarmed. When do we think the Draconis will attack?

Why, after this of course! I mean he’ll show up to the UNARMED GATHERING and play nice and then wait a few weeks and then attack. When everyone’s in their own secure compound with armed guards… right?

And then, after this attack in which Victor Draconi announces his nefarious plan to kill ALL THE FAMILIES it’s still not until the end of the book that the Sterling family decides to turn to the Itos and the Salazars. For that matter, the Itos and the Salazars decide to go along with business as usual (oh they’re tense but keep going as usual) rather than planning to do something about the family that just declared genocidal intent towards them. “Tense” is not the appropriate reaction to this

For that matter, can we look at security? This book opens with Lila, Devon and Felix sneaking past both Draconi and Sinclair guides repeatedly, at night with Lila repeatedly mocking Felix’s non-existent stealth abilities, How come no-one turned around and thought “hey, maybe we need to address our shitty security here”?

The problem is the general shape of the plot is, in itself, not all that great anyway, resting on a lot of implausible elements. Like the Draconi’s deciding to take a whole lot of prisoners rather than just killing most of them, for example. They’re convenient to stopping the plot ending in tragedy or defeat but, at the same time, they’re implausible. Even the big bad ending confrontation ultimately comes down not to skill or plotting or planning or anything any of the characters actually DO – just super shiny super power is conveniently super. They literally show up to the last confrontation and HOPE

I think a lot more could have been made of Lila’s friendship with the monsters, that would definitely have been developed, especially looking at exactly what these creatures are and drawing on more than just “she pays their tribute so they don’t bother her” and getting some more complexity there.

What is written here is well written, don’t get me wrong. No-one can write an action scene better than Jennifer Estep, I would never dispute that. Her fight scenes are awesome. Her running through the streets across rooftops are awesome. Her epically defiant characters facing down impossible odds are always fun.

On top of that, I like her romances – in that they’re nicely paced, relatively reasonable, lacking a lot of the completely unnecessary road blocks authors feel the need to put in place and, most precious of all, they don’t consume the protagonist’s life. Lila is a woman in love, but just because she’s become a woman in love doesn’t mean she had stopped being everything else she is – warrior, thief, grieving daughter.

And the world is great fun – the different kinds of magic, the holiday town with its various monsters lurking around is awesome – if anything I want to see more of this, of the monsters, of the city – it’s one of the most excellent parts of the book

I’d also like to see some of the other families more – the Itos and the Salazars would also greatly up the representation of POC in the book since one family is Asian and the other Latino. We do have Felix who is a very prominent Latino character, probably only Lila and Donovan. He’s not as capable as the other two, but that’s hefty company, he’s not incapable and his magical healing is a nice touch and not used in a servile way – albeit it could use some more presence. We also have Mo Lila’s mentor/father figure who I like – I like a lot more now we’re seeing a bit more of his history. I’d quite like to see even more of his history to make him a bit more of a character in his own right as we’re beginning to see. Sadly, there are no LGBTQ characters in this story.

There are some good female characters in this book – and Lila doesn’t hate them, she actually gets on realluy well with them. Her relationship with her cousin Deah is wonderfully layered and growing which I would love to see developed. Poppy is a minor character but they’re definitely friends. Perhaps most fascinating is her relationship with Claudia,the head of the Sinclair family. With Lila being the protagonist in an Urban Fantasy novel means she must absolutely be hiostile to eevery and all forms of authority. It is known. It is a rule. So Lila and            Claudia must hate each other forever – yet despite much snark there is also genuine respect and even affection there I appreciate

I love so much about this book and series – but the plot needs an overhaul. It needs to flow and work, not rattle along with events dictated by narrative convenience rather than an actual coherent chain of events helped along with dubious decision making at every stage. It feels railroaded, it feels forced, you can feel the story being hammered into place, like a round peg being pushed through that square hole.