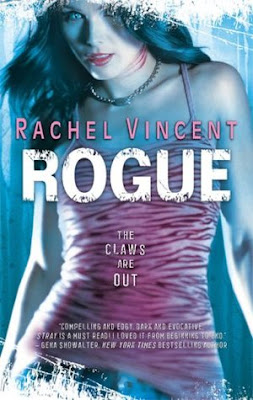 There’s another serial killer targeting women. And this one isn’t focused on tabbies – but is completely focused on Faythe. She is paying a hard price for her limited freedom.

This book is pretty bad – but what makes it far worse is the epic awful misogyny of the first book that is carried on, brushed over and justified. It’s that last part which especially annoys me.

All of this is lightly, even jokingly referenced. The sheer horrendous abuse her family is inflicting on her is never ever acknowledged by anyone. Not even Faythe.

But worse is, as I said, the justification. There’s no women on the leadership council because they totally don’t want to be part of the leadership. Woman don’t want power all women, every last one of them, want to stay home and be full time mothers and wives. And yes, some women do want that – some men want that – but this is used to excuse a complete lack of female leadership. This book tries to make lots of little references to how secretly awesome Faythe’s mother is – but none of that is ever shown, it’s clear she’s turned her back on all of that and her motherhood has actually damaged the pride. Even the moment where she steps up and is presented as awesome feels very lacking. She turns into a cat to take down someone who is still in human form… and fails. If Faythe hadn’t stepped in she’d be dead: in previous books we’ve pretty much seen a werecat in cat form easily taking down one in human form. Her moment of awesome is played up as awesome – but when looked at without the spin we see a really low expectation for her capabilities. We’re even told that she hardly ever shapeshifts – everything about her being a werecat is downplayed

This is just a prelude to the worst – the antagonist in this book is directly caused by Faythe daring to have sex with a guy other than the man her parents have chosen and deemed appropriate. Even while she outright tries to call her brothers out on how they sleep with a gazillion human women each but they all judge her – but her sex life is the one that has literal serial killer consequences. She is the one who is presented as WRONG for having sex.

To that up we also have the classic shaming and attacking of other women who are sex workers, from Faythe. Of course we do. Never mind that she is constantly sex shame, that doesn’t stop her seeing her doing the same to others.

We also need to talk about the worst romance in the world ever – Marc and Faythe. Marc has decided that he is tried of Faythe “not making up her mind” and demands he accept an engagement ring from him or it’s over between them. It’ll totally be between them he won’t tell anyone else

Except the other guys all shame Faythe for not accepting it. They shame her for saying “I’m 23 years old. I don’t want to marry yet, I’m not ready.” HOW DARE SHE! Oh and, “not making up her mind”? She did make up her mind. She left. She was then dragged back and forced to remain with the Pride or be literally confined to a cage! MIND WAS MADE. This isn’t demanding she make up her mind, this is demanding she OBEY like good little property

Let’s add to this foul misogynist stench. Remember when Faythe had the audacity to live her own life and her dad decided to arrange for 24 hour stalking? Well in this book she’s duly taken to task for “weakening” her father’s pride by “forcing” him to stalk her constantly. And Faythe then feels all guilty and accepts tis narrative. How dare she not be good little broodmare property!

For more rage, contrast this with Manx, the Latina werecat who has been so terribly abused, held prisoner and raped and forced to bear many children. Sure they were much more violent and vile to to Manx than her family was to Faythe (because evil evil latinos!) but ultimately they have exactly the same goal in mind: using Faythe as breeding stock

Honestly this consumes the whole book. The whole story about a serial killer hunting Faythe (and Faythe deciding to keep secrets for no good reason, of course, because if she made good decisions her complete lack of agency may be more obvious) is just a run of the mill “damsel needs protecting from bad guys”, it’s not a plot so much as a way to further portray the terribleness of werecat culture and to force Faythe deeper within it

The antagonist in his book is partly produced by Faythe (as I mentioned) and her terribad naughty refusal to weld her knees together until she is properly given to the man her parents have chosen for her. But we also have the return of Luiz, our terrible scary, horrifying jungle cat (with his spicy accent) who likes to hunt down and torture, rape and generally mangle woman and is the terribad threat that all good North American “tabbies” fear. He also doesn’t get himself killed so we’re going to have more of his rapey serial killerness to look forward to.

We do have another Latina character – Manx, a woman on the run from South America where there was… lots of raping and baby murders. But she’s now reached the good cats of North America where she can be safe from the evil latino cats. Oh and she also smells “spicy”. Really. We also have a delicate Asian woman wearing clothes with dragons on them.

We continue to have no LGBTQ people. For which I am deeply grateful.

At Fangs for the Fantasy we have a rating score of 0.5-5 Fangs. Generally I like that, but it does leave me in a difficult position sometimes when you come across books like the Shifters series. Because for Stray, 0.5 fangs seems most inadequate. Especially since now I have a book which is technically better (which is the LOWEST of low bars), yet I still don’t know if it deserves the lofty depths of 1 fang. This the problem when you’re plummeting to the very depth of awfulness; it becomes almost impossible to parse between those depths.