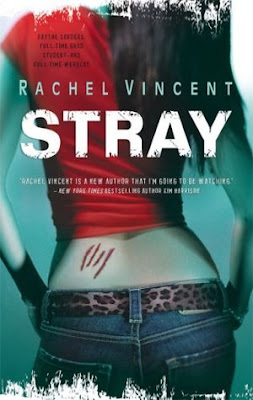 Faythe wants freedom from her repressive werecat family. As one of the very few female werecats, her father and brothers want her firmly repressed, kept at home and quickly married off to a man of their choosing. Faythe wants to go to college and lead her own life as an actual person…

But when other female werecats are targeted by an outside force, Faythe finds herself dragged home

So, Cyna brought this book to my attention with her review. Therefore my suffering through this is all her fault and I will never ever ever let her forget this.

There’s so much wrong with this book that I’m going to have to take it in little bites just to get through it all. Let’s start at the simplest: the protagonist is called “Faythe”.

Faythe? What kind of Originalnamee misspelling is this? Is there a reason why she couldn’t have been called Faith?

Next, let’s take the super shallow world building. We have werecats – yay, original, something different from werewolves. Except not. Everything about the way these werecats are portrayed is pretty much identical to all of the endless troped portrayals of werewolves we’ve seen. The alpha. The Pack (or pride) is the same all-controlling violent unit we’ve seen a hundred times before. It’s a shame- this could have been the opportunity to tell a story about wereanimals that doesn’t revolve around the typical not-even-accurate-for-wolves violent pack model. But this series doesn’t even claim a particular species of cat – they’re just generic big cats. It feels… lazy

And the word for a female cat isn’t a “tabby” it’s a “queen” – or does that imply too much power for these women?

Which is another awful problem with the world building. We have yet another shapeshifter story where for REASONS women are super rare. We’ve seen this so many times – for some reason there is a desperate urge to make women rare in these stories, to have women surrounded by men and, ultimately, it is used as yet another reason to make women vulnerable and powerless.

In an odd “twist” I guess, women inherit the pride alpha status. A pride that doesn’t have a female heir will collapse. But the power over the pride doesn’t go to the daughter – it goes to the man she marries.  Why not just have the alpha status transfer to the oldest son and be done with it? There’s nothing empowered about making women “powerful” solely for their relationships, being love interests, being mothers. They’re not powerful, they’re objects defined entirely by the men in their lives, to be used and controlled

This could have been interesting if we’d had Faythe facing down this misogyny, challenging it and working to change it – but the whole point of the book seems to be about telling Faythe how wrong she is and making her get into line.

Like the idea that the “tabby” can choose her own mate so technically chooses the heir – yet it’s made abundantly clear that her parents set her up with Marc from the very beginning, groomed him to be the replacement alpha and pushing him and her together from the time they were children. They have no problem with Marc brutally beating a man nearly to death because he shows some interest in Faythe. No, that’s wrong – they blame FAYTHE for that. They blame her because she doesn’t recognise that she belongs to Marc even though she doesn’t want to.

The sad thing is she starts challenging this. When Marc tries to claim her without her consent she reacts with appropriate rage. Yet by the end of the book she is clearly being set up for a relationship with Marc. Any anger she feels towards him quickly fades and she doesn’t remotely feel like the same kind of anger towards the other characters (men) for pushing them together. There’s also a nauseating scene where she is deeply traumatised by the death of a friend – a death that indicates female werecats like Faythe are being hunted: she’s grieving, she’s scared and she gets drunk. Which is when Marc decides to flirt and initiate sex. This is the level of respect he has for her – waiting for her at her most vulnerable, when her judgement is compromised with alcohol – this is when he goes for sex.

This is never called out – if anything Faythe regards it as another of her mistakes, definitely not his – and it just seals the deal on her being Marc’s property.

Similarly, Faythe begins the book being utterly contemptuous of her mother for being, basically a house wife. She constantly piles on derision on the woman because she cooks and cleans and raises her kids – a classic case of Exceptional Womanhood (especially since the other women in this book, few that they are). She considers these women even more victimised than Faythe. But she soon learns her lesson – because her mother used to sit on the werecat’s council! Gasp, shock! She was once a leader but chose to step down – yay feminism!

Which fails on two levels. Firstly, Faythe can only respect her mother the home maker IF she learns her mother ISN’T a home maker. That’s not respecting other women and their choices – that’s respecting them only when Faythe approves of their choices. And secondly it’s a terrible attempt to absolve werecat society of sexism – see the women CAN sit on the high council. But none of them do. Not one. All of them prefer to stay home and raise the kids. This is like hearing misogynists saying “there aren’t many women in STEM or CEOs simply because women don’t want to! Not because of sexist society/industry!” Bless, women would totally be equal but they’re just not interested in these things and much prefer to let the men take charge.

This is supposed to show Faythe how wrong she is again for assuming that werecat society is so sexist and restrictive for her. But this neither dispels how utterly sexist the society is and compounds it my presenting a sexist (and homogenous) view of women and blaming them for their lack of presence or power.

Then we have her father who locks Faythe in a cage (there’s even a moment where she compares how she’s kidnapped by the big bad guys) if she doesn’t go where he wants her to, if she tries to run away or otherwise act like a person. Her father’s minions and her brother have no problem physically pinning her down and knocking her to the floor if she is anything less than perfectly obedient. While Faythe rails about her freedom a lot she frames it far more about wanting to go to college than actually regarding the cage with anything resembling outrage or horror. She regards it as an annoyance. Even when he threatened to have men watch her when she was in the bathroom to ensure she’s never alone. There could have been some attempt to show that she’s brainwashed or suffering from Stockholm syndrome but there isn’t – and we continually get love and affection from her to her family that kidnaps her and any anger she has is very short lived. The horror, the utter outrage that should be presented in the face of this brutal, kidnapping cult is completely missing. More, her attempts to escape are, if anything, presented as childish, foolish and infantile. In fact, her only successful attempt to actually be alone leads to her being kidnapped.

Along with her attitudes towards her mother, the whole undertone of this book is “Faythe grows up and learns she was wrong”. That’s the theme. She closes the book not in a relationship with Marc but clearly on the path. She thinks she was wrong about her mother and leading the Pride. She agrees to stay home for some time. By the ending of the book the whole message is one of her dad knowing best (as he locked her away) and her coming to slowly acknowledge it. We do not close with any real challenge of the vile way the entire pride treats her. We don’t get any sense of Faythe being outraged or disgusted by her treatment. We don’t get any real sense that the Pride is wrong; what we do get is Faythe “learning” and “growing up” and putting away her “childish” rebellion. And it is cast that way – every single time she objects to being put in a bloody cage she is POUTING and sulking and whiney that is how she is portrayed. She is a child objecting to the “sensible” wishes of her family. This book tries REALLY HARD to make us angry with Faythe, her Spunky Agency (really, Faythe makes the most ridiculously AWFUL decisions. This book REALLY REALLY tries to make me hate her and every decision she makes but even with that the way she is treated is STILL inexcusable) and generally frame her as wrong despite the fact that all the men in her family are so utterly awful if the book had ended with her murdering ever last one of them with an ice-cream scoop I would have APPLAUDED. Especially if she’d then turned said scoop on her own useless brain matter.

By the end of this book I’m supposed to regard Marc as a viable love interest. I’m supposed to see her father and brothers as good people while all of them are no better than the murdering, raping misogynists that they’re fighting. (Oh and let’s throw in a straw feminist at the beginning who, of course, Faythe views with contempt).

Which brings us to the next load of rancid fuckery from this book – the antagonists. See, the werecats of the United states are modern and have laws and boundaries and rules and councils and are rich and live in big houses and are all so very very civilised. The werecats of South American are barbaric savage rapist monsters who constantly kill each other and have now come north of the border to kidnap and rape good American werecats. No, really. That’s the plot. Faythe’s worst nightmares are the “jungle cats”.

Did Donald Trump write this book?!

The big bads are both from Brazil. And they speak Spanish. Oh, there’s a brief excuse that big bad speaks Spanish because one of his sidekicks doesn’t speak Portuguese… but they both speak English. And he speaks Spanish when that guy isn’t around either, when absolutely no-one around him is Hispanic or even speaks Spanish… frankly it’s pretty blatant that the author just couldn’t be arsed to google basic Portuguese phrases so we have “Buenos das” rather than “Bom dia”. Oh look, it’s that easy! Seriously, the level of Spanish spoken is no more complicated than what you could manage with a basic phrase book – there was no reason why this character couldn’t speak Portuguese. Or given how little he is developed, if you wanted a Hispanic Latino werecat from the Amazon Rainforest he could have been Peruvian, Venezuelan, Bolivian – any of which would have allowed to author to break out their high school Spanish.

Not that any of those nations would thank me or deserve to be characterised in this offence against trees. This is how Jungle cats are described as smelling:

“Exotic. Spicy, compared to the blandly familiar base scent of my fellow American cats.”

South American cats SMELL SPICY! But it gets worse:

“His accent was spicy. The auditory equivalent of a good hot salsa.”

I…. seriously? Some typed this? Someone wrote this, an editor allowed this to pass and someone though this line was ok to publish?

I’m not even going to comment on the lack of other minorities in this awful book – because absolutely no-one wants to see themselves represented in this. Marginalised people have suffered enough.