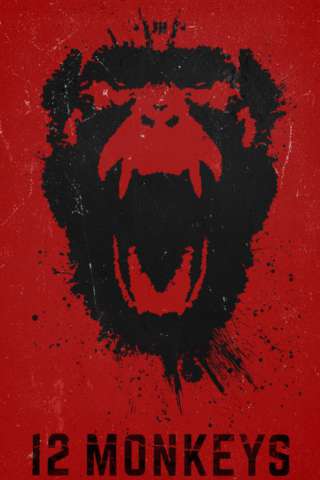 With Cassie and Cole stuck in 1944, Jones must find a way to bring them back.  With few options available, she is forced to turn to Ramse, because he is the only other time traveler. There's still no love between these two and Jones makes it clear that she is depending on Ramse's feelings for Cole to ensure that his mission is successful. Jones however does sweeten the pot by offering Ramse the freedom to leave the facility with his son, if he somehow pulls this off. At this point, given the animosity between Jones and Ramse, there's a part of me that wonders if she splinttered him in front of an oncoming vehicle on purpose?  And thus begins a series of flashbacks that had me bored out of mind.

Given that the events of One Hundred Years, happened just a week ago, the continual flashback scenes were tedious at best.  It all felt like a cheap writers device to fill in time to ensure they had enough to fill out an episode. Sure, it was cool to learn that the anonymous phone call Cole received in the lobby was actually from Ramse, but it didn't add anything to this story. So yeah, Ramse ends up in a hospital where the nurse notices strange things about his physical body and he escapes by stealing someone's clothing.

Ramse does happen to have a run in with Vivian, who as we know is a true believer in the 12 Monkeys mission, even though there's the little problem of Ramse's continued existence not exactly squaring up with what was supposed to happen.  Ramse is unable to stop the paradox from happening and somehow, despite the violence of the explosion, not only do Cassie and Cole survive, so does Vivian. Yeah, that's another little sneaky thing that wasn't supposed to happen.  When Cole finally does catch up with Vivian in the hospital, she is incoherent and completely lost.  So much for predestination I suppose. There's also the issue that the Witness is starting to be wrong about more and more things. Does this mean that are intrepid team of time travellers are unraveling the ultimate plan?

Speaking of ultimate plan, last season it was all about stopping the release of the virus, thereby saving millions of lives in the process. This season, it seems to be all about stopping the messengers from destroying time by killing primaries like Tommy Crawford.  Huh? Yeah, does anyone else feel like they are just grasping at straws to find a reason to keep sending people back in time?

When next we see Vivian, she is dying and passing on the mantle to her son, saying that he will be the one to make things right.  At the end of the episode, it's revealed that Vivian's son is none other than the Pallid Man.  I really do think that this is a sign of 12 Monkeys having trouble keeping its own narrative straight.  If The Pallid Man is Vivian's son, why did he spend so much time investing in trying to kill Cassie and Cole in the first place? He had to have known that this was only the beginning of their time travel journey.

Well it's time to get trippy and who better to do that with  than Jennifer Goines?  Jones is at her wits end with the time distortion and the red forest. For the first time, Jones has to acknowledge that she doesn't know what is going on and that they are making history. This is a huge blast to Katrina's ego but she does go ahead and drink the red tea. Somewhere I'm sure I could have included a Matrix quip. At any rate, the tea allows Katrina to understand some of what Goines sees and knows because she is a primary, though Katrina still holds onto rigid scientific ideas despite what is presented to her. Katrina however does manage to make enough of a leap to understand that time itself is going to implode if they don't stop the Messengers.


Okay, so after convincing the FBI agent that they are from the future, everyone splintters and the agent leaves the photograph with a note on the back in room 607 for Cole to find in the future. When the travellers and the scientists come together, each side reveals that they have learned about the Messengers plan to KO time. Unfortunately, there's so much distrust between all of them that they begin to bicker immediately.  It's Cole who calls for peace, saying that with everything at stake the recriminations have to stop and they have to work together.  Jones is at a loss as to where to begin because the messengers could be anywhere in time.  The good part is that not all the Messengers made it back, so they have some room. It's Ramse who assures Jones that she can make this work. Now that the plan is to stop the eradication of time, Ramse absolutely can be trusted because he will do anything to save his son.

We're only episode four and 12 Monkeys is already getting rather ridiculous and circular.  Why the hell is the virus a big deal if the whole plan is to eradicate time? It feels like a switch and bait to me. The only thing that makes sense is that because of the release of the virus, Jones, creates the splitter machine to time travel, thus giving the Messengers a way to go back in time and destroy it.  Even with that said, what the hell is the point of destroying all of time? Are the Messengers simply nihilistic? Do they not even value their own lives?  If they are successful, humanity with all of our achievements and faults won't have existed?  We need to be given a reason for why such a drastic action seems plausible and why they all believe they will meet in the red forest?

Finally, who the hell is the Witness? I am sick of hearing about the Witness without any actual clue as to who this person is. Sure, it could be Cole's mother since she knew about the 12 Monkeys but I think that would be too predictable at this point.  I really want them to start to drop some concrete clues because otherwise, I will completely lose interest in this show.  It needs some forward momentum on the meta in a big way. Yes, the shake up between Cole and Cassie is nice, but as a viewer, I simply need more.