Containment, Season 1, Episode 8: There is a Crack in Everything

Thankfully I have found a way to get through this show 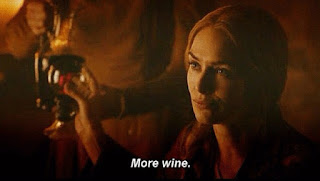 Because Kate and Jake have ignored Dr. Victor Cannerts telling them that actually not every disease kills every person on exactly the same time scale, they are sure sure sure they have found the “real” patient zero – a guy called Henry (he also totally sneezed guys – PLAGUE!)

They tell this news to Alex who decides that all these doctor people are just WRONG with their SCIENCE and STUFF and instead hot cop guy is clearly right. Also his boss is totally an arsehole for suspending him for trying to break the cordon even though he himself defended the cordon early in the series and he was right then and his boss was right now. Because even if the disease was created by Evil Conspiracy People it’s still fecking contagious and in need of quarantine.

But what do you do when you’ve got a half baked conspiracy theory without any scientific evidence that won’t get you laughed at (except start the anti-vaccine campaign?)? Take it to Leo, the “journalist” with no concept of consequences or rules (was Jenny McCarthy busy?) who is totally happy to Hack All The Things. And he has decided the CDC has sent the virus! Because the CDC creates viruses. Yes yes it does. We’re not just going evil government conspiracy here – the CDC is literally creating a plague. And Leo pouts and stomps off because Alex isn’t going to put this ahead of the cure. But he does discover that maybe Victor himself created the disease

Meanwhile Vincent has, thanks to the immunity of Thomas, has perhaps discovered a cure. And it’s treated as a footnote. We barely even focus on it being far too busy with Kate and Jake’s dullest of dull relationships and The Big Conspiracy.

Sabine and her husband Dr. David (they were arguing guys! Totally suspicious!) want Alex to sneak Thomas out.

What?! No! They control the cordon! “hey this boy may be the key to the cure so we need to move him to a more substantial medical facility so will use a fecking helicopter”. You don’t need a suspended police officer to “sneak”! WHYYYYY?!

Vincent disagrees because he’s the only one who understands the virus and his research is totally non transferrable. Maybe the virus destroyed all digital media?

The National Guard also wants to know why Alex should be the one to do this since he’s already broken the rules and clearly has an ulterior motive. But his cunning plan of “walking up to cordon and trying to cross” clearly makes him awesomely qualified at unnecessary cordon sneaking. This also needs work men putting in more holes which will totally be super secret because these work men will totally not mention this to anyone else ever.

Oh and this plan means Victor has to sneak a child across the whole town. Do helicopters not exist? They’re not only going to do this but National Guard guy is so utterly, blitheringly stupid in his implementation of this plan that I’m not even going to waste key strokes on describing it.

Hey you know what we need? More Kate and Jake romance! And sex. This starts with her anonymously molesting him in the shower she could have been totally anyone – and then they have sex through a shower curtain. I think you’re taking safe sex a bit too far. 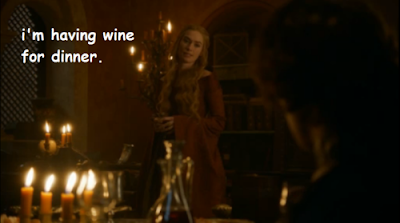 Anyway all this cure hope may be a bit premature as their supposedly cured doctor starts omitting infected blood all over allll the unprotected medical staff. Ooopsie. Thomas isn’t a bringing of the cure, he’s an “asymptomatic carrier”. Basically a Mary Mallon for the plague. And he’s about to leave the cordon (albeit by the most ridiculously convoluted route). Plaguing everyone without actually succumbing himself. Hey he breathed on Kate! (I will try not to be excited by this)

Vincent manages to get a warning out to them just before Thomas gets out – returning him to the Cordon. But not before lots of the remaining inside see the new door. This also results in Sabine and Alex being potentially exposed and needing quarantining in the sluice.

Meanwhile at church Jenna and co remember a secret tunnel they can escape the cordon through. Except for Suzy’s claustrophobia. Dennis continues to be an arsehole. Possibly-Sam continues to be a non-entity. Suzy can’t take the tunnel and demands Jenna go without her and they have a wonderful loyal confrontation forcing Suzy to go on rather than have Jenna remain to be with her.

Except the tunnel turns out to be full of unconscious gas. Dennis despairs at having to return to hunking down – he demands to go find his family and wanders off, leaving Suzy in tears.