Let’s start with a really cringe worthy storyline. Ethan and his “dad” Kaetenay – who is desperate to get Ethan to join in this way through a series of really really really bad tropes. 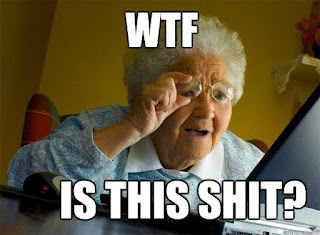 Ethan? Yup, Ethan is an Apache because the Native American mentor character has declared Ethan an Apache. The White man who slaughtered Native Americans and then felt sad about it.

He also performs some woo-woo – of course he does – to see Vanessa and gasp that she’s half damned and going to cause the end of the world! To the ship!

We have a far better moment with Ethan and Malcolm with Malcolm pretty much embracing his own damnation and considering killing Ethan’s father an act of mercy because it’s a terrible thing to have to kill your own family. He also considers it a good sign that Ethan couldn’t kill his dad – it shows Ethan is still redeemabl and basically good.

Now to Vanessa. Beautiful, amazing, tragic Vanessa. Oh how I love Vanessa. How I love her acting, her amazing intensity. My sheer fragile glee when she manages a smile, that delicate beautiful smile and that joy for deciding to be happy (though the awesome Dr. Seward believes she is a split personality)

And she will be torn down again, of course. But first she meets with John Smith to try and discuss the past he no longer remembers. She encourages him to find happiness, she praises his gentleness and kindness and above all, both of them decide to dare to be happy.

John goes to his wife, Marjorie – and in a rejection of the tragedy that consumes this show, she embraces him as the husband she loves who has come back to her. She hears his story and doesn’t reject him and brings him to their son who accepts him. On any other show I would probably say something snarky about tweeness – but bring on the twee. We could use some happiness on this painful show.

Except there’s a downside – when Catarina Hartegan shows up to give some more information about Dracula she finally realises who he is. Yes, she confronts Dr. Sweet – when they were so happy the night before.

The confrontation is, of course, epic. With Vanessa furious, outraged, deeply grieving and Dracula making excellent points about night creatures, broken things, outcasts and the continued excellent image of the scorpion.

And when Vanessa does accept Dracula and let him bite her – she says “I accept myself”. It’s damn powerful. And if it weren’t for the flaws that I’ll get to, I’d be applauding this whole beautiful scene

Lily and Donovan are not getting on, especially with that uppity Justine being all peasanty and female in his house and not grovelling appropriately, the very nerve. He actually could, possibly, make a good point about how old and jaded he is and Lily planning her revolution when he’s already seen a gazillion pointless ones over and over is just sooooo last century – but she’s right, he’s a spoiled brat. His “bored” doesn’t sound jaded, it sounds self centred and petulant – this is a manchild who is upset because he’s not the centre of attention, because here are all these women who are gathered together and not interested in him

So he throws in his lot with Victor who is ALSO most displeased that a woman dares to be focused on something other than him – they kidnap Lily and take her to Bedlam.

Ok, side note here- Henry Jekyll. There are now 2 episodes left of this series – 2. Yes, Penny Dreadful is beautiful but too damn short. So are you actually going to do one damn think with this character? Really, you introduced this Indian character, made his rage based on the racism he’s faced, introduced a whole plethora of complexities with that and then spend the entire season with him following Victor around playing sidekick? Really? Is this what you’re going to do Penny Dreadful? If you kill him off in the last episode this will be screaming echoes of Sembene.

And let’s touch something of an uncomfortable underlying theme here with both Vanessa and Lily – both, in their own way, brought low this episode. But it’s not just them both being brought low, it’s the underlying messages that come with their characterisation

Lily has, for a while now, danced back and forth across the line between being an awesome heroine against misogyny and oppression, having beautiful, epic speeches about abused and devalued women, and rightfully claiming her pain and history as important aspects of herself. She has a powerful message of exposing and resisting misogyny and fully accepting yourself and your past as you are… but the other side of that line is that she’s more than a little of the caricature of the raging violent man-hating feminist. Lily’s activism is epic speeches and mass murder – and while rage is definitely something that is understandable and even praiseworthy, this is the entirety of her platform – epic speech + murder. And her followers seem to be the same – it would have been interesting to see Justine hating Dorian for looking down on her or belittling her, but the first antagonism we see between them is her towards him because he’s male. It’s troublesome that so many of these awesome speeches and excellent points are cast in the shadow of the “man-hating feminist” trope. This similarly casts a pall on the women who follow Lily forming couples and making out with each other: casting lesbians and bisexual women as “man hating” or resorting to women because they’ve been hurt by men is another problematic and repeated trope.

Then there’s Vanessa – whose story has to be seen with Lily’s context. Here is Lily kidnapped by Victor, Dorian and Henry so they can make her “better”. They can “end her pain”, they can make her “a proper woman” which is all sweet and serene and passive: the utter misogynist twaddle that Lily has brilliantly skewered over and over again. But here we have Vanessa being seduced by Dracula and he makes a perfect speech about accepting herself, about not being who society (notably THE DOCTORS) tries to force her to be. And it’s beautiful (of course it’s beautiful – because this show is so beautiful. The speeches are so beautiful) but oh my god, Vanessa embracing her true self (beautifully) is going to cause the apocalypse (unless Ethan, Kaetenay and Sir Malcolm – three men – arrive and change her back to how they think they should be)!

Look, I know that Vanessa’s entire story is about resisting the darkness in her. That is the very definition of Vanessa, fighting not to be the scorpion. And that’s not a bad storyline – but when you put it next to murdery-Lily being turned milk and mild (by doctors) and Vanessa bringing about the apocalypse by not letting people (doctors!) dictate what she should be combines together to be a pattern, a theme, that carries the troublesome message that Women Embracing Their True Selves and Challenging Patriarchal Society Will Cause Murder and/or Apocalypse. And this is a story that has had Lily and Vanessa repeatedly suffering over and over because of misogynist attempts to put them in their place and make them conform – that is an overwhelming theme not just of the season but the whole show – but this is the consequence? We’re going to end this theme with “female empowerment! DEATH AND RAGNAROK ALL ROUND!”

And here’s me really desperately WANTING to cheer Lily’s speeches and wanting to bask in the amazing beauty of Vanessa’s every word, interaction and mere look. I want to glare at Kaetenay and smack him down for daring to suggest Vanessa is fighting the darkness when she has spent her entire life doing just that. I want to love this but the messages are destructive.

Oh this episode – so much beauty but so much wrong