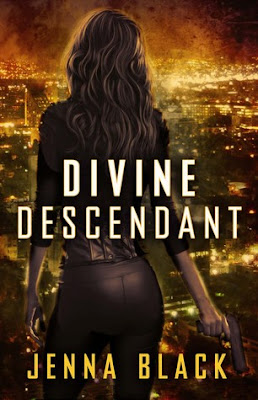 Nikki and Liberi face some of the biggest threats to their existence – a furious and vengeful Olympians and a genocidal campaign of actual gods. Which is a big step up from the descendants

And Anderson, their own god on side, is absent, leaving everyone with unanswered questions and a sense of betrayal.

In this book Nikki really steps up as a leader of the Liberi – and it’s really excellently done. She doesn’t demand, she doesn’t start dishing out orders. But she steps up. Anderson is missing and also heavily discredited; everyone is confused, betrayed and sad and kind of lost. Someone needs to step up, someone needs to take over. Someone needs to stop the Olympians from crushing them now their protector who has gone missing. Someone needs to have difficult meetings with Cyrus, head to the Olympians. Someone needs decide what to do about Niobe and her potential world ending campaign. Someone needs to try and find a solution that is both morally acceptable and will save humanity and get some sense of justice. And that someone was repeatedly Nikki. It was excellent to see her becoming leader because she truly earned it. She’s a leader because she showed leadership, she’s a leader because she led when everyone else was hiding and backing down and panicking – she rallied them, made them put aside their differences and kept many disputing factions together to address the actual problem.

I can’t stress enough how pretty awesome she was in this – this book was not about her special powers or her relationships or the world setting – this was about Nikki taking an absolute dog’s dinner not of her making, being surrounded by terrible options and finding a path through them for everyone to follow. She was good and unlike so many leaders in the genre, I am 100% behind Nikki

I do like her relationships as well. Her relationship with Anderson is excellent – she is both in awe, and angry, she is respectful but disappointed, she both demands him being more human while recognising how alien he is. There’s a lot of layers to that

Her relationship with Jamaal is excellent. Jamaal has grown a lot since his early rage cursed existence. He’s not only moved away from that trope but he’s revealed to be a very emotionally complex character dealing with both the powerful effects of the death magic inside him as well as his own traumatic past an abused man and an ex-slave. And the way he works through that with Nikki is excellent – moving at his pace, exploring his triggers carefully, being kind and respectful and gentle. There’s no judgement, no impatience, no rushing and perfect respect of the limits he raises when he needs them and a willingness to challenge them at his pace. It’s really nicely done and makes their relationship all the more powerful.

The worldbuilding continues to be something I love. We’ve always said how much we’re a huge a fan of mythology, it’s always been something I love. The whole idea of these divine descendants of various pantheons with a range of super powers based on the gods they’re descended from, which are more common (descendants of Artemis are very rare. Descendants of Zeus? Very very common) and both drawing on mythology but adding new twists is always going to lure me in. I also very much like the whole interesting twist that the descendants add – that the immortal Liberi and Olympians can only be killed by the humans who would replace them. It’s a nice additional tension

Diversitywise I really like Jamaal, a Black man, I like in previous books that we’ve established he has wide and diverse interests, I like that we’ve analysed his past and emotional depth. I like that he’s vulnerable without being weak, has issues without being presented as fragile. He has layers and is, perhaps, the second most important and prominent character in this book.

In terms of LGBT people we have an ongoing problem though I think the book is trying to backtrack this quickly. The most prominent gay character is Cyrus, leader of the evil child killing, rape allowing Olympians who is even now trying to blackmail, kidnap and otherwise coerce Blake into sleeping with him. This is not good representation. And Blake? In past books it was made clear that Blake isn’t gay, he’s straight but being a descendant of Eros means he’ll basically have sex with anyone. Oh and that Eros descent means he can’t have sex with women more than once without addicting them – but this doesn’t work with men? This has him loving women but having sex with men – which is a toxic way to compare opposite and same-sex relationships.

We do have a continuing problem with female characters. There’s so few of them – why is Maggie such a minor character? Why is this daughter of Zeus so minor? Even Niobe’s sister manage to be such side characters? Really do we have to keep having these women in the sea of men? And my gods what is with this cover?

I’m really curious as to where the book goes from here. Now Nikki is leader while, at the same time the Olympians are developing a more nuanced relationship with the Liberi. It promises for an interesting new direction and theme – I’m looking forward to it.