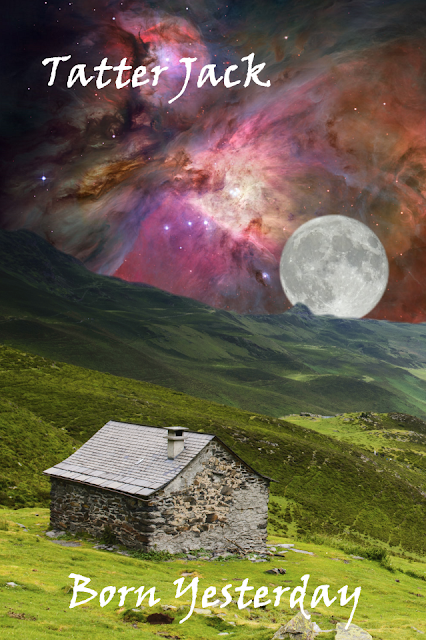 When she’s attacked by a wolf. Which shouldn’t be possible since there are no wolves in Scotland.

She manages to find safety – and the compelling grey eyes of Darak Banakar, who inspires all kinds of feelings in her

Including her long lost memories.

In many ways I should hate this book because front and central of the story is Schae and Darek who meet each other and fall in vast love/lust (well there is some amnesia removed memories that may explain it but still). There’s little attempt to get to know each other before the waves of lust and sopping wet underwear come in. Yet the way it is written is almost a parody of itself – the humour is always there and manages to take the eye roll out of a lot of it. It seems almost self aware of how ridiculous it is to describe this woman who has to carry spare underwear everywhere because of the gushing fluid Darek invokes every time she sees him. They manage to be fun and they manage to be fun together despite this extremely troped romance – a romance that has her desperately trust him even though she thinks he’s a lethal serial killer; in part due to her own tragic past and lack of self worth, which is more than a little fraught with exploited female vulnerability

The flashbacks and past stories are also really epic and well told. So much so that I want to read this story. While I only have limited interest in Darek and Schae, I am definitely here for the story of Darek and Sonas, sell swords and heroes? Those I’m interested in. There story is epic. The story of what happened to Darek, why they are trapped in this cycle – that is also epic

And it’s all so confusing that it’s rather hidden in a very odd writing style. Not least of which because this book is written in the second person from Schae’s point of view with lots of “you” referring to Darek. It’s an odd choice

The problem is that this story is told in such a complicated, convoluted manner, through a whole range of flashbacks. Flashbacks that are so utterly disconnected from the rest of the book it feels like a completely different novel.

The main plot line has the protagonist an author called Schae with amnesia who can’t remember her life before she was an adult who comes to Scotland to research a book. There she meets Darek and they fall in love. He’s clearly supernatural of some kind but it looks like a very conventional Urban Fantasy/Paranormal Romance

Then the flashbacks have Sonas lethal and amazing swordswoman alongside Darek, again, only this time some kind of wizard/fellow warrior. The two are clearly in love and in what looks like some kind of Sword & Sorcery High Fantasy Dungeons and Dragons world setting.

In between this we have some excellent stories about thieves and dragons and blood and hearts. And it’s a really nifty story but ye gods how is this relevant? It is relevant and by the end of the book I see this is more foreshadowing

The actual world building is very sparse until the end of the book. And then EVERYTHING is dumped in there. And ye gods is it a lot. I still don’t particularly know what Darek is. And we have this werewolf who is a wolf but a girl and she’s I… I don’t know but her parents are these epic elemental forces and they’re kind of a major deal and there’s this Blacksmith Wayland who I know about because I know the legends of Wayland in mythology but I don’t even know how this fits in with the whole plot.

In terms of diversity I don’t think we have any POC at all. We have Schae’s occasionally appearing gay agent who, sadly, is pretty much there to be supportive and her only friend. Yup, someone sent down to central casting for a GBF. And because of that, he has an element of Gay Shark about him as well – there was very little characterisation beyond frequent mentioning of his sexualisation. We do learn that the werewolf and another woman are lesbian and bisexual respectively – both do have characters but are very belatedly introduced. I’m being harsh here but they were kind of introduced in that huge, over-full stuffed part at the end so my irritation over that part of the book was equally reflected

It’s actually a credit to how amusing the book is and how fun the characters are that I stuck with it. Because I was so immensely frustrated by the world building – or complete lack of it – in this book, the disjointed flashbacks that were never really connected to the main plot, random magical characters with no real explanation as to why they’re there, but they just are. It even shows that there must be some magic over the book because I managed to get past the fact it’s written in the second person.

Aaargh it annoys me so much – because the characters are such fun, the world is clearly rich and just from what I recognise from mythology there has clearly been some research gone into this as well as a lot of work creating this vast, truly epic feeling world. And I get that sense of epicness even with the sparse and confused world building. This could be so epic, this could be so good!

In some ways I’m just confused because the annoying elements of this book should have left me hating it – the second person, the troped romance, the broken world building, the confusion - but I don’t hate it. I like it. I even like it a lot. But I should have loved it. I could easily have loved it.