From Dusk Till Dawn, Season 3, Episode 10: Dark Side of the Sun

Well, some of our heroes

Freddie and his family go running, end up in a hospital and hide in an office because random hospital staff become murderous presumably due to Amaru-ness. They add nothing to this episode

Carlos decides that because of some stuff that happened in the labyrinth in confusing season 2, he can’t actually do anything this battle so is going to wander around being cryptic

Richie runs to hell, is promptly captured, has many confusing conversations with Carlos and meets up with both Jaguar warrior guy and Aiden Turner (who still isn’t dead) so they can all… do a whole lot of nothing.

So what about Santanico – la diosa? Yeah don’t get excited. After Carlos pushes her to accept the accolade she manages to pose dramatically so a lot of mind controlled culebras can break out of Amaru’s conditioning. Yay she’s actually doing something! And she confirms that Amaru did kill the woman she loved – yes overtly confirmed bisexuality after the love interest is already long long dead 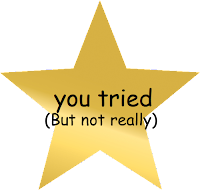 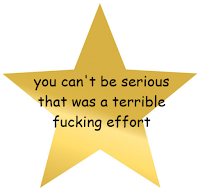 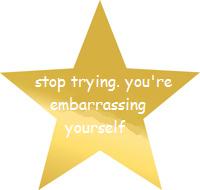 She and her loyal followers (who less resemble “liberated” so much as “newly enslaved”) find Amaru. They die in seconds so it’s time for an epic confrontation between Amaru and Santanico, a massive, awesome fight scene of great powers and skill reminding us that Santanico is… wait, it’s over already? And Santanico lost? Really? What she just stands there because woo-woo? That’s it?

And lo, Santanico joins most of the rest of the cast in not being even slightly relevant or effective. If the culebras all decide to go atheist next season you know why

So what does that leave us with?

Seth, Kate (alive, mostly Amaru free and surviving because of a blood transfusion from Seth – luckily they have compatible blood types. Aside here – Scott learn your family’s blood type, c’mon man, basic knowledge about your kin that could save their lives!) and Scott (here to be ineffective punching bag) decide to make their way to the gates of Xibalba which Kate can close because she’s still all Amaru-y

While everyone else renders themselves irrelevant, these three kill some random people with odd eyes that are just thrown in there because we have to have a fight scene before making their way to the gates. Along the way we have lots of Seth trying to get Kate to go home because he wants her safe and lots of Kate pointing out that the freaking world is ending so define “safe” here?!

The show is also really trying to sell us Kate and Seth. Really really really trying hard to push this. Do not want, it feels more than a little Stockholm Syndrome for me given how very very very much Kate has not enjoyed her time with Seth ever since he, y’know, kidnapped her.

At the gates of hell it turns out the plan is for Kate to sacrifice herself by going through them and taking all Amaru’s power with her (alas, you didn’t think she was going to be able to defeat Amaru with any skill, power, knowledge etc she actually had, right?). And she’s going to do this in the name of redemption in the eyes of the ones she loved because she did so much terribad awful things while being possessed by the queen of hell that she’s willing to sacrifice herself.

And it’s really well acted and she and Seth are moving enough that I almost went with it before a hefty “waaaaait a minute!” slapped me upside the brain

See, Kate nobly sacrificing herself because she’s too good for this world and wants to save humanity would be poor (especially given the lack of effective female agency on this show) – but at least it would be because of her strength and nobility and goodness and not because of her guilt! At least it would be from a source of strength rather than self-flagellation. And not even self-flagellation from her own misdeed – but assumed guilt from the actions of a demon!

Because of her Amaru-ness (not because of any skill or power of her own) Kate cannot be killed by Amaru. She also can’t be captured, grabbed, have someone break her legs or throw rocks at her or anything except threaten her brother Scott, apparently. Because while Kate heads for the gate Amaru does nothing. She doesn’t even stand in the way and make Kate push past her. “Can’t kill you. Well shit I’ll just stand here then.” She doesn’t even kill Scott. Don’t get me wrong, I don’t want Scott dead, but when your evil demoness queen is defeated because she’s helpless in the face of a strolling young woman I have to question things a little.

Kate goes in – and comes out (with Richie) to do… something. I don’t know, put all the souls of Amaru’s victims or something, back into Amaru. This causes hands to explode from Amaru’s chest and drag her to hell

It’s like a writer saw the closing Kate sacrifice scene and said “nah, too depressing – just do this shit with the hands. Whatever, I want this cool scene with Kate in sunglasses robbing banks”

Oh yes and that’s the end. Kate goes off with Seth and Richie to rob banks

Excuse me? Remember how Kate, overcome with remorse over all the killy-death she did while possessed by the Queen of Hell was actually willing to sacrifice herself for redemption? Remember the briefly raised but rapidly aborted storyline of how Seth totally wanted to go to El Rey and be redeemed because he knew he was evil? And now we’re doing armed robberies and killing guards? This is redemption? This is guilt? What is this?! This is supposed to be an ending? Is this the version of “happy ever after”?

Whatever, I’m not drunk enough for this bullshit. I think “phoned it in” is generous for this nonsense.